Bournemouth goalkeeper Asmir Begovic went from zero to hero in the space of a minute to help defeat Crystal Palace 11-10 on penalties in the Carabao Cup second round.

After a goalless 90 minutes at the Vitality Stadium, the back-up stopper saw his effort from 12-yards denied by Wayne Hennessey in a marathon shootout.

It was the first miss out of 21 penalties but, after Hennessey blazed over the crossbar, Palace captain Luka Milivojevic failed with his penalty and it saw Roy Hodgson’s men crash out at this stage for the second year in a row.

Jason Tindall will therefore get the chance to pit his wits against Manchester City boss Pep Guardiola on September 22 after the draw for the third round was made earlier this month.

Jeffrey Schlupp was the only Palace player to retain his spot in the starting XI from Saturday and Bournemouth made 10 changes from their win over Blackburn. 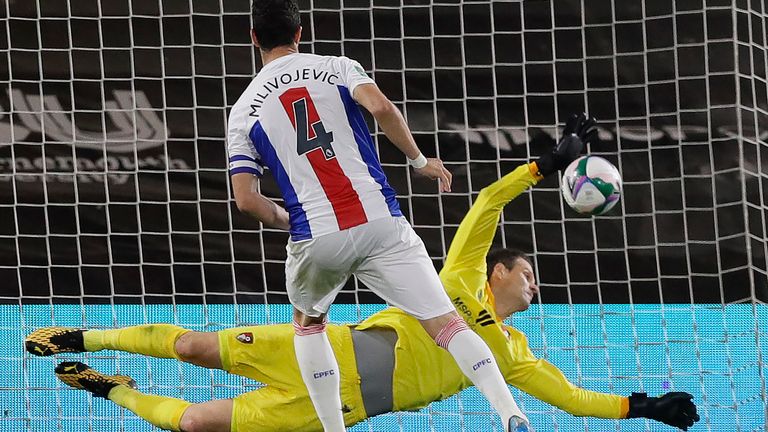 Hodgson handed a full debut to summer signing Ebere Eze while Chelsea loanee Michy Batshuayi led the line, but it was youngster Nya Kirby who went closest for the visitors when he tested Begovic after 21 minutes.

Kirby, like Jaroslaw Jach, was also making his first competitive appearance for the Eagles on the south coast with several first-teamers left at home due to this weekend’s league fixture at Manchester United.

More on this story

The Cherries enjoyed the better of the first half and should have taken the lead in the 32nd minute but Sam Surridge was adjudged to be offside after he slotted past Hennessey.

It was a let-off for Palace and they had another six minutes later when Surridge combined with David Brooks only for the Welsh international to volley wide while off balance. 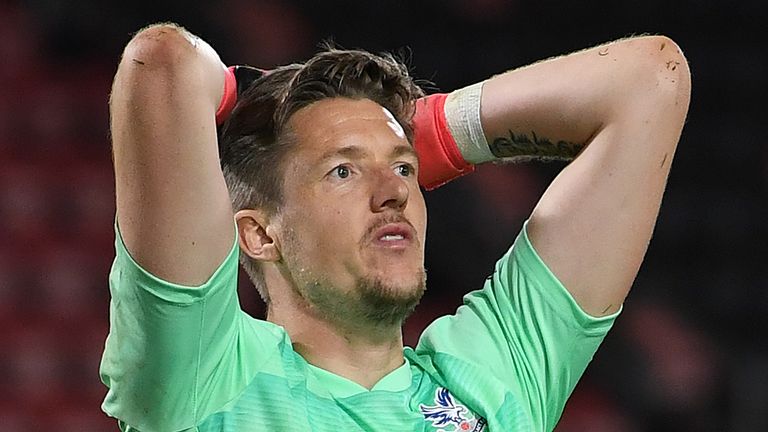 Hennessey was called upon not long after but was equal to a firm strike by right wing-back Stacey and Palace had turned to some of their big guns by this point.

Schlupp and Woods were replaced by Jordan Ayew and Mamadou Sakho, who was back on the pitch for the first time in two months after a hamstring injury. 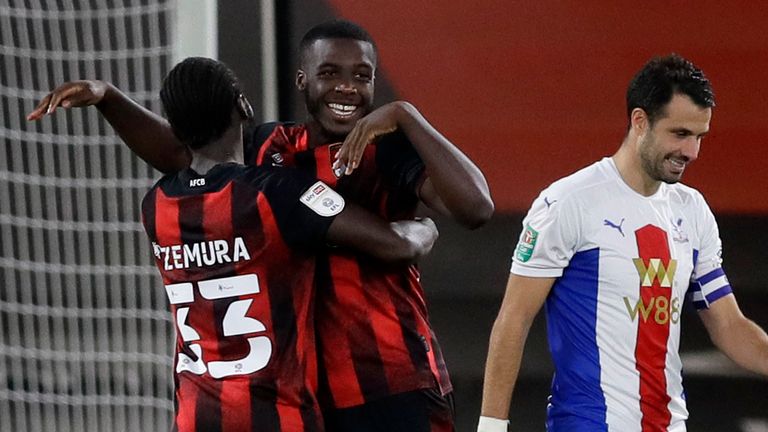 Andros Townsend joined them on the field for the visitors with 20 minutes left and, while the intensity of the Premier League side improved, they still struggled to create chances.

Brooks had been one of the game’s best performers and he found Nnamdi Ofoborh inside the area in the 85th minute, but the debutant sliced wide from a promising position.

Ofoborh was one of two Bournemouth academy graduates handed a run out by Tindall, with the other Jordan Zemura and both caught the eye in a back five which was able to shut out the Eagles and force penalties. 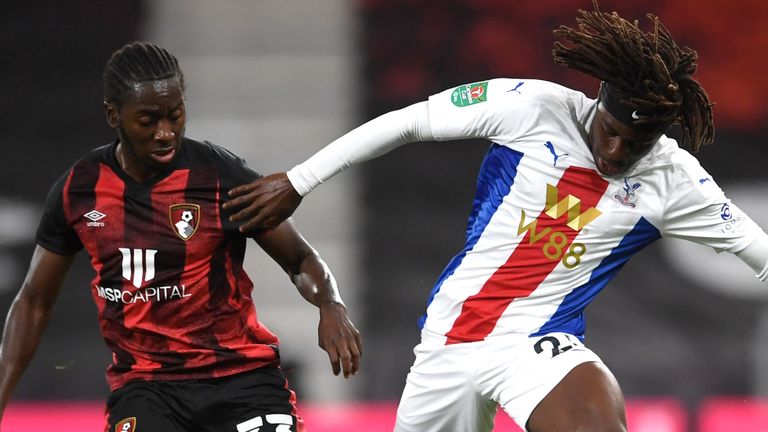 After 20 successful spot-kicks out of 20, Cherries goalkeeper Begovic was denied by opposite number Hennessey, but the Wales stopper blazed his effort over when he had the chance to win it for Palace.

It would prove costly with Brooks scoring for a second time and Milivojevic denied by Begovic to set up a third-round tie at holders City.

AHEAD OF THE GAME: Derby earmark Wayne Rooney as a future manager

Gareth Bale completes incredible loan move back to Tottenham
We and our partners use cookies on this site to improve our service, perform analytics, personalize advertising, measure advertising performance, and remember website preferences.Ok