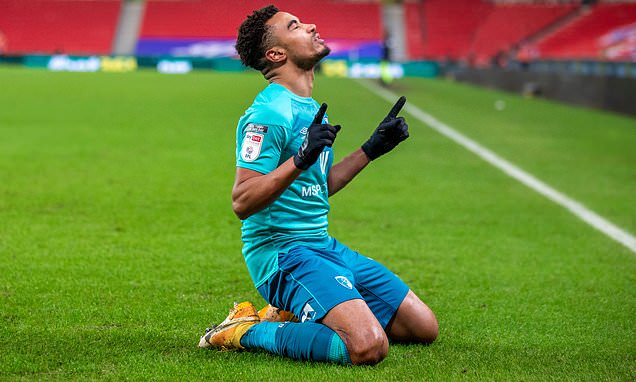 Bournemouth prove they can do it on a cold, rainy night in Stoke as they push for promotion back to the big time

It was not expected that Bournemouth’s bid for an immediate return to the Premier League would be founded on defensive resolve.

After all, they shipped an average of two goals a game for the second half of their relegation season, lost £40million centre back Nathan Ake, and have retained their trademark attacking verve — only Blackburn have scored more goals in the Championship this season.

Yet here they were winning ugly on an inhospitable night in Stoke — still the yardstick of a team’s character — to move within two points of second place with a game in hand. 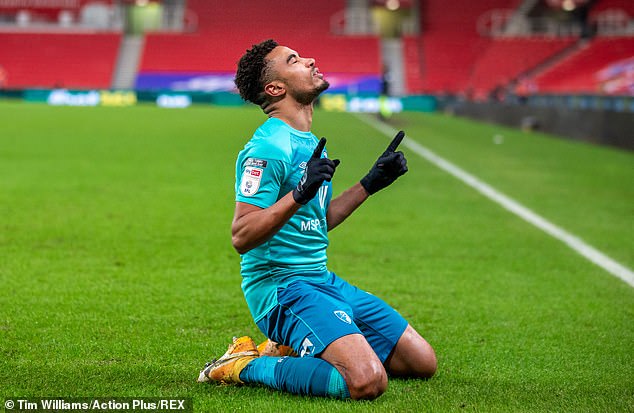 Junior Stanislas scored the winner, but was the subject of racial abuse after the match

‘We knew we would have to defend against a direct side who ask a lot of questions and we stood up and defended our box extremely well,’ said manager Jason Tindall.

‘That’s six clean sheets in seven and that’s an achievement for any team in any division, so I am proud of that.’

Tindall left David Brooks, the division’s most recent player of the month, on the bench, but his introduction for the final 20 minutes proved decisive as it reshuffled the forward line and pushed Junior Stanislas into a more central area.

‘He’s hungry for goals, hungry to do well. It was pleasing to see the work on the training ground come out with that type of goal,’ Tindall said of Stanislas’s 79th-minute winner, slotted under Stoke goalkeeper Josef Bursik from a Lewis Cook through ball. 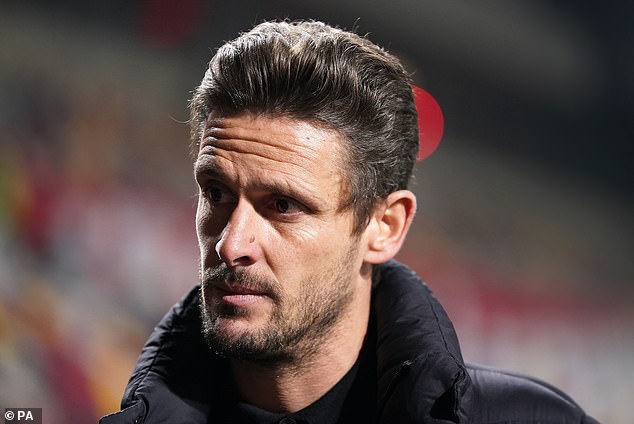 Bournemouth possess quality to make their rivals envious — injured Philip Billing’s hustle in midfield was not missed — and it could be added to this month with Jack Wilshere training with the club and keen on a contract.

The 29-year-old has not played since September, but Bournemouth may need midfield cover depending on the outcome of Jefferson Lerma’s imminent FA hearing after biting a Sheffield Wednesday player in November.

After the game, Stanislas was the victim of racial abuse on Twitter, which Bournemouth chief executive Neill Blake condemned as ‘disgusting and completely intolerable’.

Ferdinand and Gary Neville joke that they are signing off Twitter