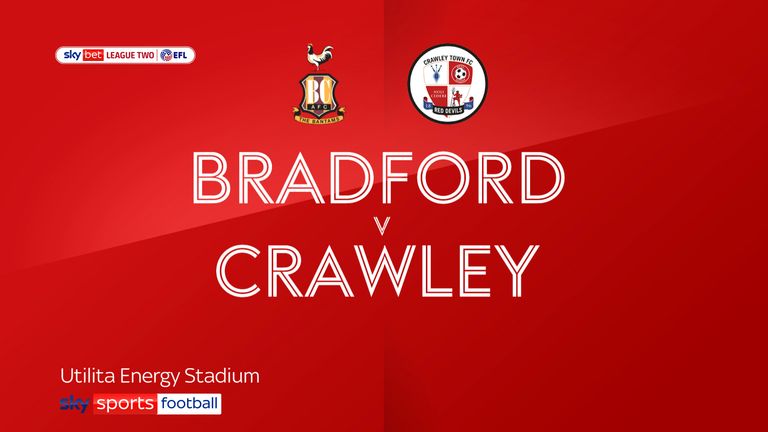 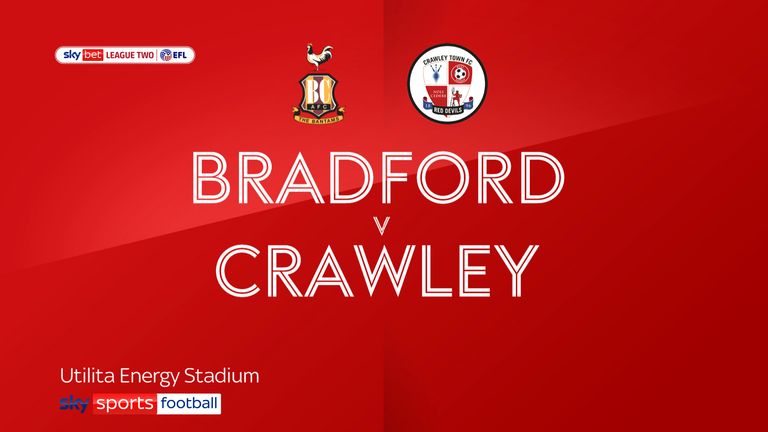 Bradford’s play-off hopes suffered a blow when they were beaten 2-0 at home by Crawley.

Headed goals by Jordan Tunnicliffe in the first half and Joe McNerney four minutes from the end earned Crawley their first win in eight matches and ended Bradford’s 10-match unbeaten home run.

Crawley went in front after 20 minutes when former Bradford midfielder Josh Wright crossed from the right and Tunnicliffe scored with a looping header just inside the far post.

Gareth Evans and Paudie O’Connor had close-range shots blocked as Bradford tried to equalise while striker Danny Rowe twice shot high and wide after working himself into a good positions on the edge of the box. Elliot Watt then fired over on the stroke of half-time.

Bradford, who began the match three points behind a play-off place, made four substitutions in the second half in a bid to get back in the game but were denied by a strong visitors’ defence.

Crawley keeper Glenn Morris made a good save to keep out a fierce low shot from Charles Vernam at the near post in the 60th minute, Andy Cook went close with a volley and fellow substitute Clayton Donaldson saw his half-volley rebound off the post in the 82nd minute.

But Crawley, who were dangerous on the counter-attack, put the result beyond doubt in the 86th minute. Donaldson was boked for a foul on Crawley captain Tom Nichols and McNerney headed home from Jack Powell’s resulting free-kick.