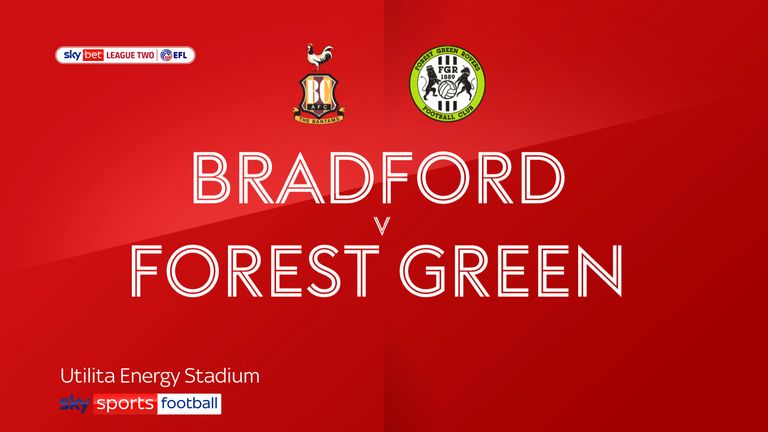 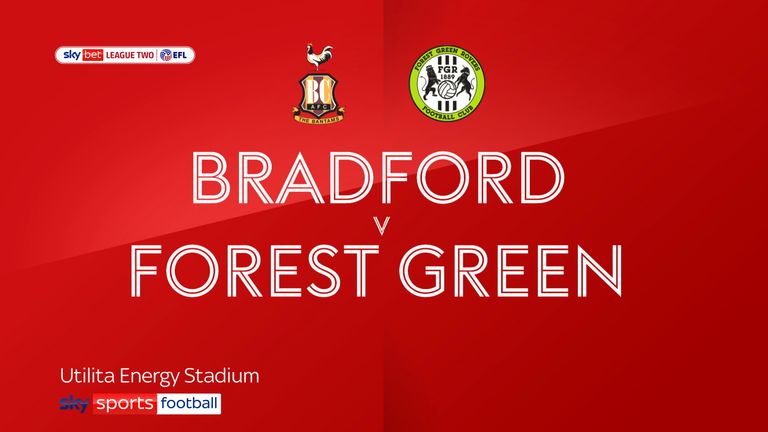 Andy Cook scored twice as Bradford claimed their biggest win of the season with a 4-1 victory over Forest Green at Valley Parade.

The Bantams went in front in the 11th minute when the Rovers defence failed to clear Gareth Evans’ corner.

The ball landed at the feet of Elliot Watt just inside the box and the midfielder drilled a shot low into the far corner of the net through a crowded goalmouth.

Several times Bradford went close to increasing their lead, notably in the 36th minute when Cook spotted goalkeeper Lewis Thomas off his line and tried a 45-yard lob which rebounded off the crossbar.

Cook also went near with two headers and a close-range shot which Thomas did well to block.

Watt also wasted a good chance four minutes before half-time when he blazed over the bar from the edge of the box as another corner from Evans caused problems for the visitors’ defence.

Elliott Whitehouse went closest for Forest Green with a shot and a header, both of which missed the target, while Jake Young also shot wide.

Cook made up for his earlier near-misses in the 47th minute when he intercepted a misplaced header from Dom Bernard aimed for Baily Cargill and held off Cargill’s challenge to score with a low shot.

Forest Green hit back strongly and Young and Aaron Collins had shots blocked before Richard O’Donnell made superb double save to deny substitute Taylor Allen in 54th minute.

Cook scored Bradford’s third goal in the 76th minute, taking a pass from substitute Billy Clarke before cutting in from the right to score with a shot into the far corner.

Forest Green pulled a goal back in the 90th minute when Young scored from just outside the box, before substitute Danny Rowe added Bradford’s fourth with an acute-angled shot in the fourth minute of stoppage-time.