Generally speaking, Manchester City are razor sharp with their contract renewals. They quickly need to find some common ground with Brahim Diaz, however.

The 19-year-old could depart this summer and talks are currently at an impasse. Nobody here will want Thursday night’s double, his first goals for the club, to be the abiding memory.

Diaz, previously namechecked alongside Phil Foden and Jadon Sancho by the club’s hierarchy as a shining light of their academy, is too talented to allow leave. Sancho has already gone and thriving at Borussia Dortmund; they could really do without Diaz following suit. 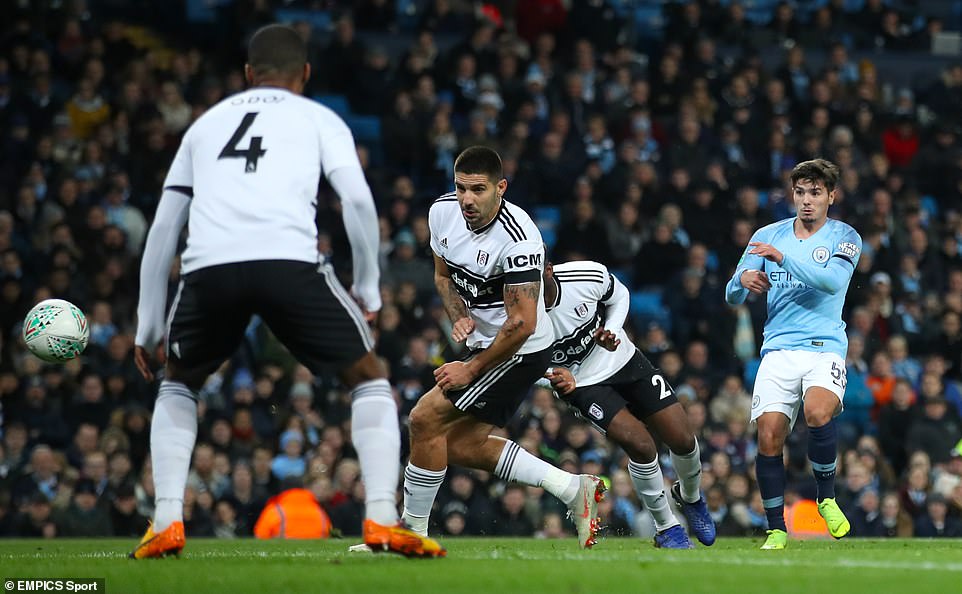 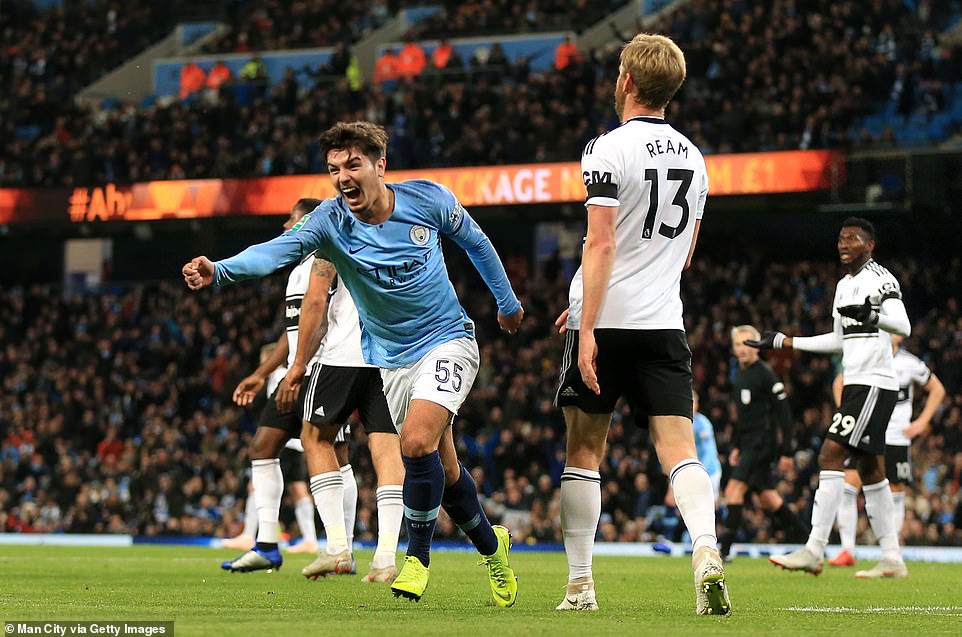 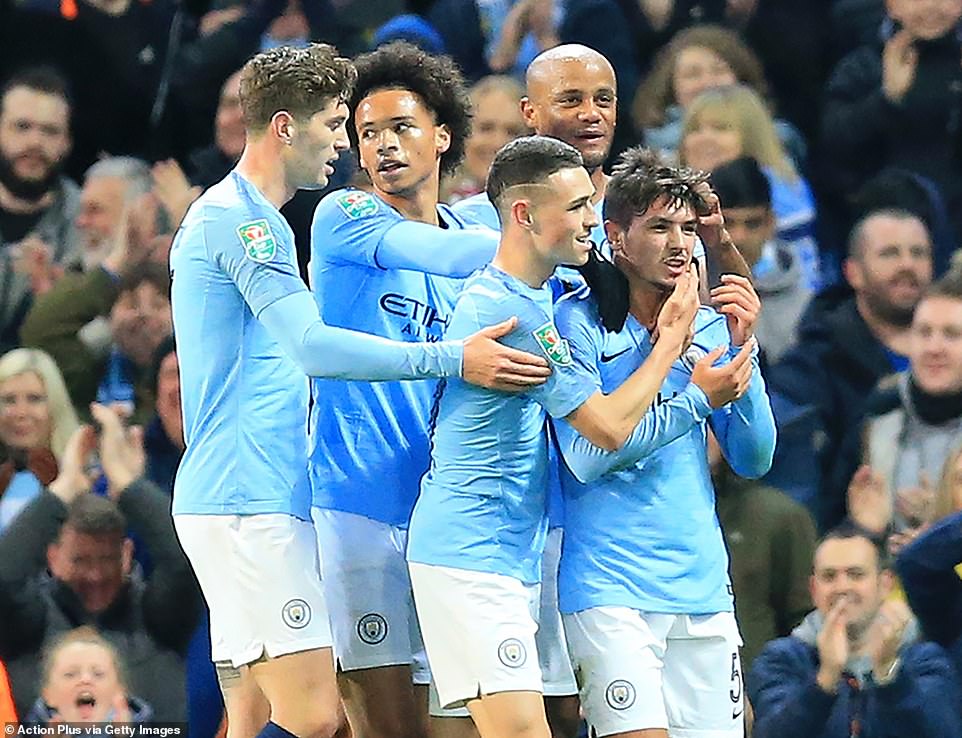 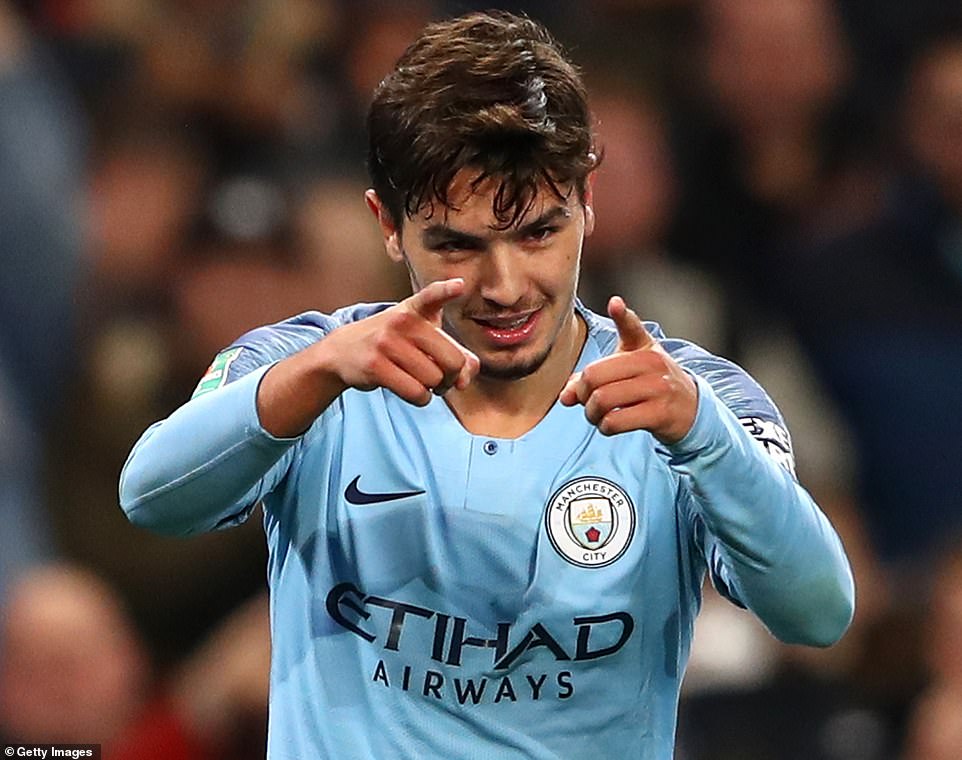 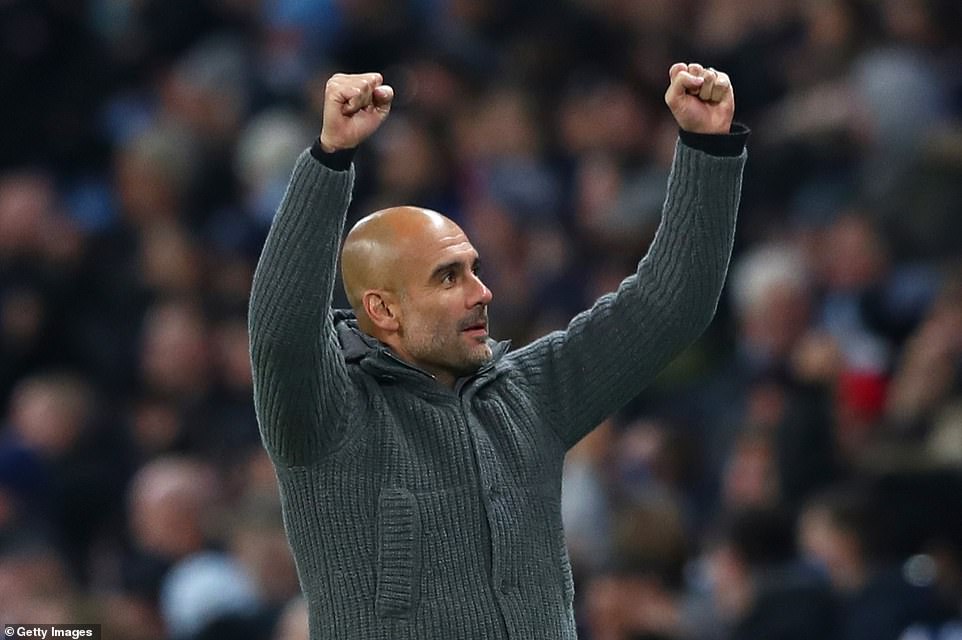 Dortmund and Real Madrid are two casting watchful eyes over the forward, who relished this outing – his first home start since joining the academy from Malaga in 2013.

Foden was not bad either, by the way. He looks increasingly at home at this level, owning natural grace and poise. Yet the evening was Diaz’s.

‘The cup competitions are really important for the younger players and we look forward to them coming around,’ he said beforehand. ‘It’s more experience.’

An experience to remember, it turned out. City, the holders of this competition, led within 18 minutes and Diaz was the one wheeling away.

This was not an aesthetically special first goal by any stretch but the Spaniard cared not. Fabian Delph’s high, looping ball towards Sergio Rico’s back post was simply not dealt with sufficiently, Vincent Kompany bundling back in Diaz’s direction. The ball momentarily rolled loose before youthful desire took over, Diaz fizzing home while under pressure and via a Aleksandar Mitrovic deflection.

Pep Guardiola spun and punched the air, presumably as much for the client of his brother Pere’s agency as actually taking the lead, and City went on from there. Diaz almost added a second after a fabulous one-two with Gabriel Jesus, his ingenious flick blocked. City somehow managed to recycle that move before Foden fired over.

Danilo struck the angle of Rico’s near post when he rampaged through after collecting Diaz’s incisive pass, while Foden had another stinging effort beaten away. Foden final ball to Leroy Sane was perfect but the winger smashed over following Kevin De Bruyne’s barnstorming run.

City played calypso football for spells of the opening period, not least when Jesus danced with stepovers and curled wide. Fulham were manoeuvred at will, and with considerable ease. The youngsters – left back Aleksandr Zinchenko included – took care of possession. There was a precision to their game, particularly in midfield and the sort of which you might see during a training session. 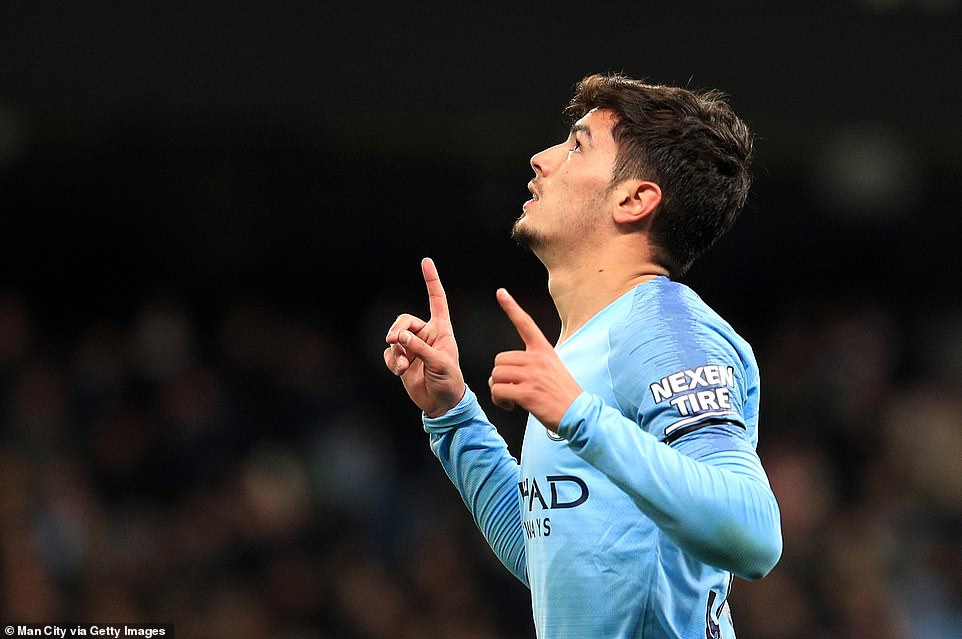 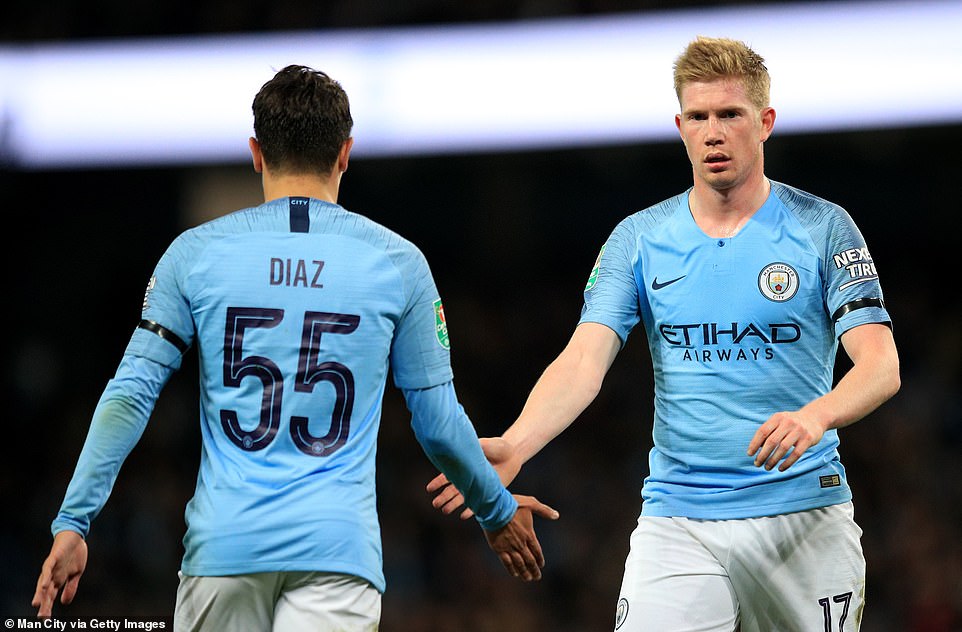 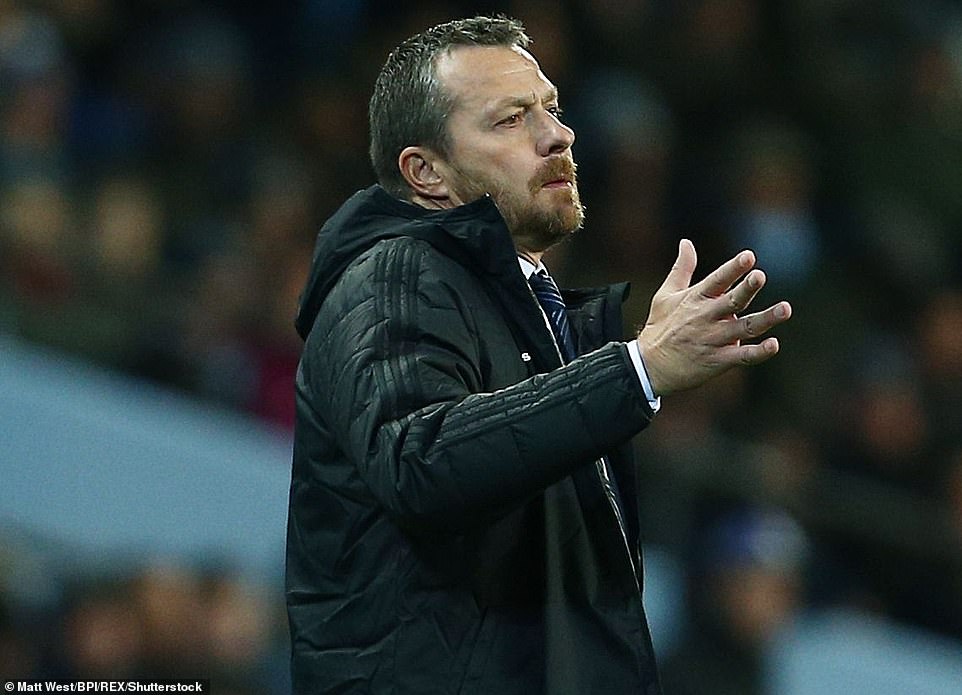 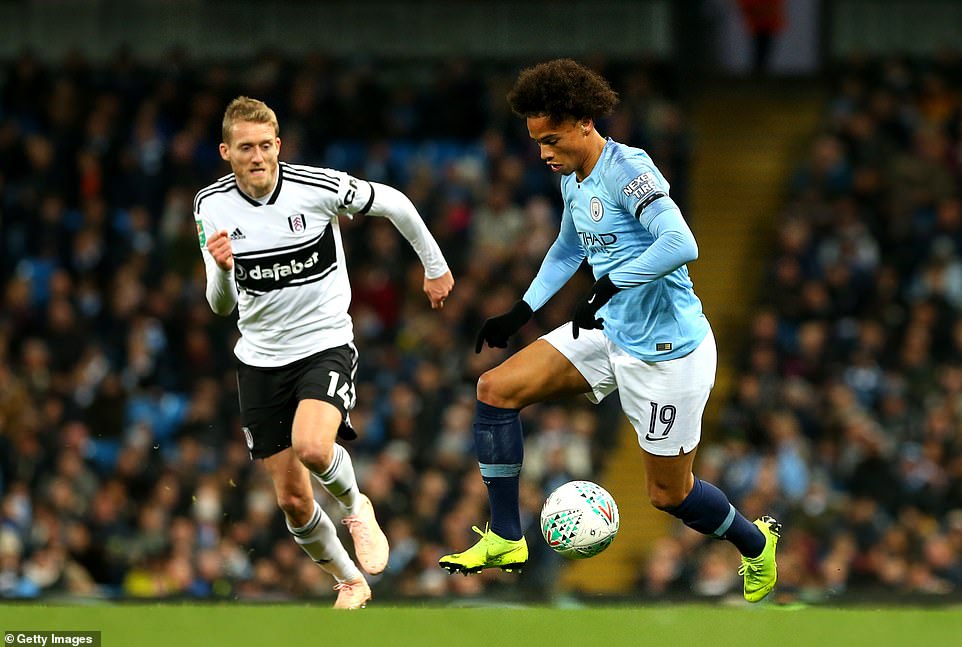 Given the general tepidness at the Etihad Stadium, the overwhelming sense of apathy towards the Carabao Cup that encases Premier League clubs before the quarter-final stage, it actually felt like this could well have been on show over the road at the City Football Academy. A lengthy lull was broken when Foden just flicked De Bruyne’s wicked cross wide.

Whatever you may think, these are important nights for certain individuals though and it is why the least prioritised piece of silverware is still of real use to even the largest of squads.

‘Phil is my brother and we train hard to play and improve alongside the players we have here,’ Diaz said. ‘We push each other, try to impress the boss and maybe we can both play in the team one day? Why not? Our aim is to one day play in the City team (regularly) together. There is no reason why this can’t happen.’

What was noticeable about Diaz’s first appearance since the previous round at Oxford United was his match-up with Ryan Sessegnon. The Fulham full back is actually a year younger but, with two full seasons in the Championship behind him, is physically more mature. 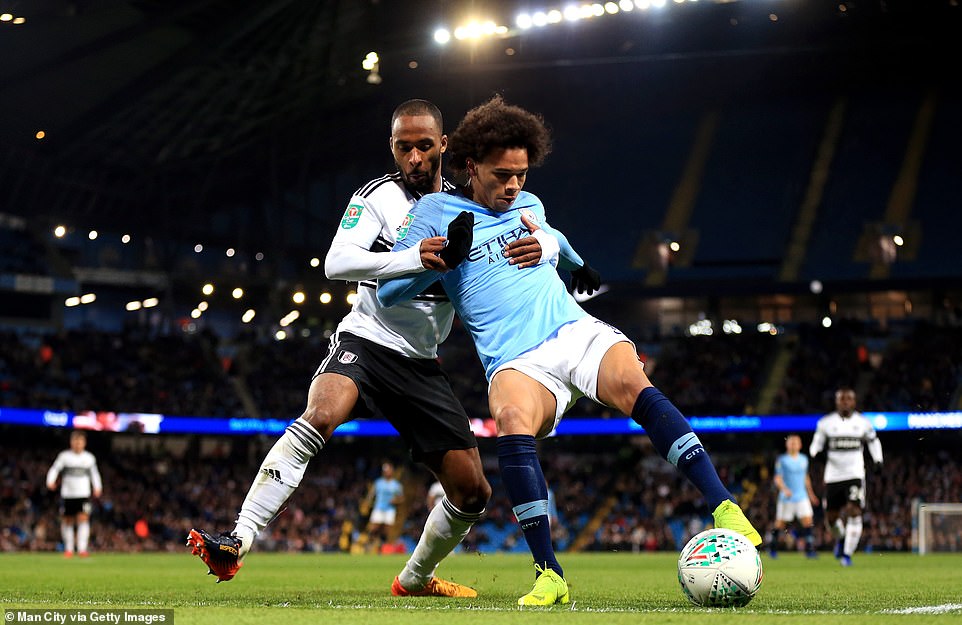 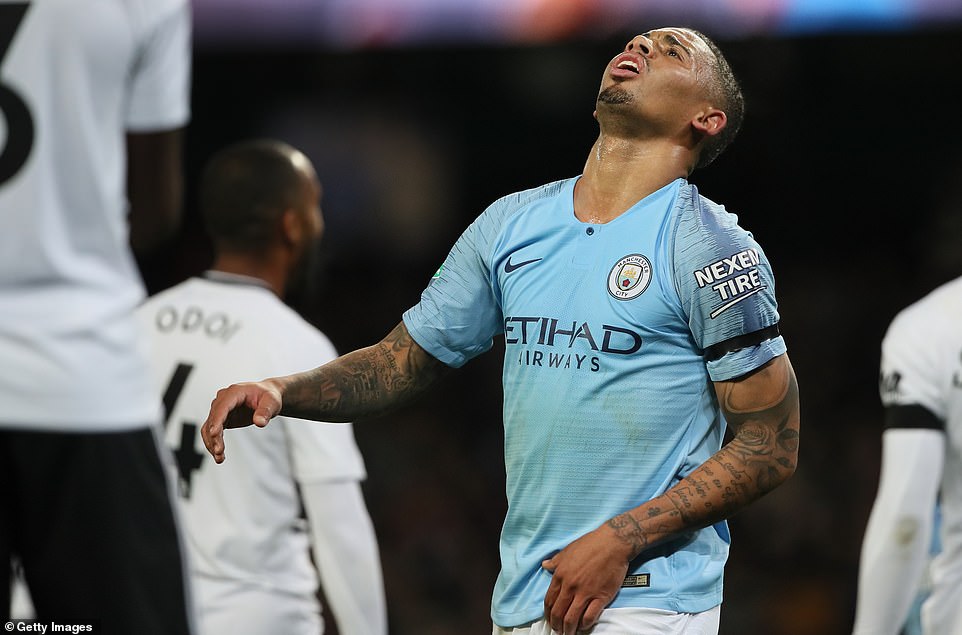 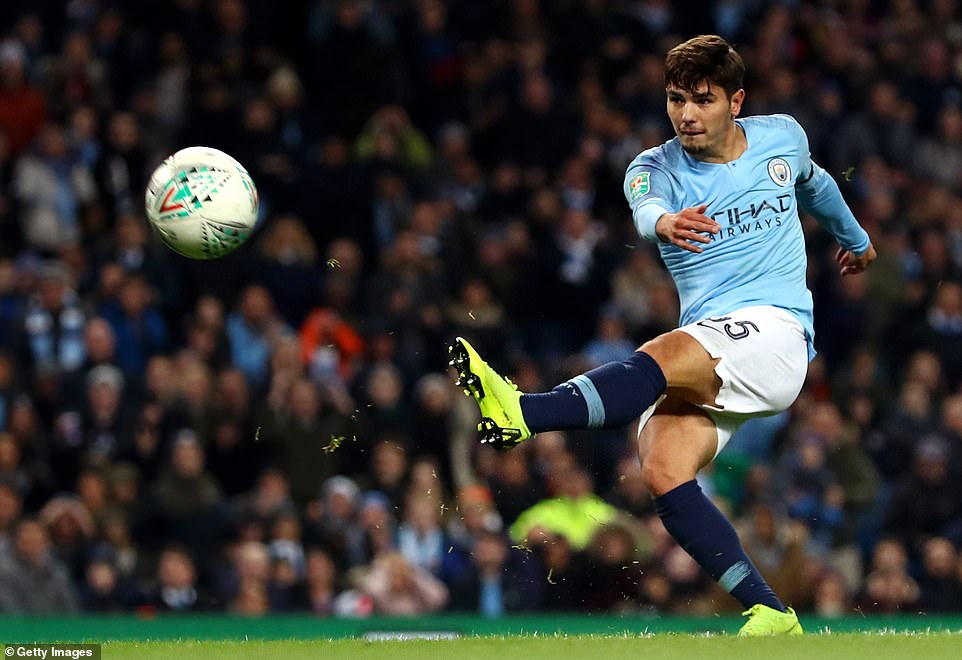 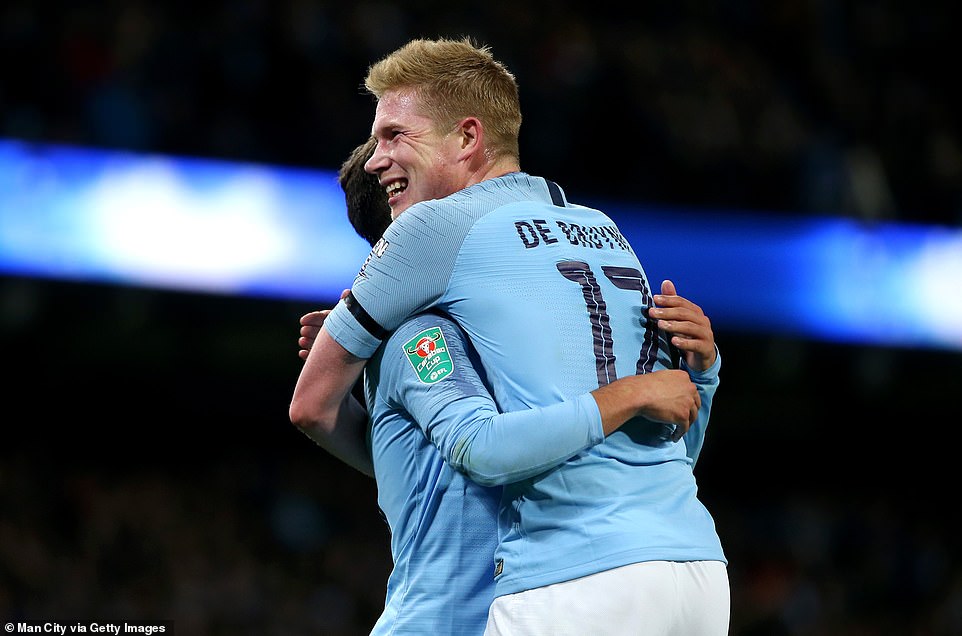 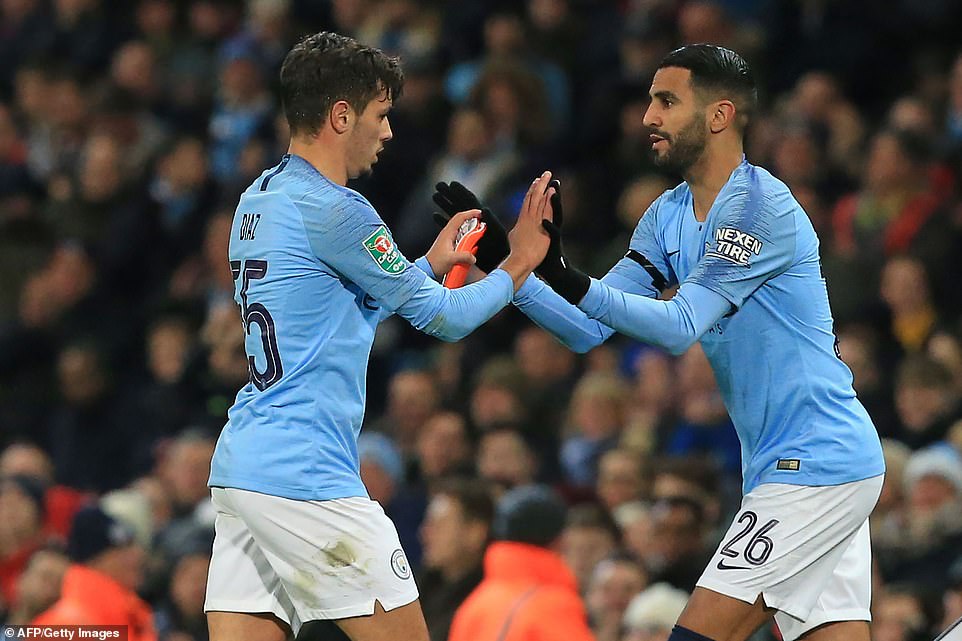 Sessegnon has gained a stone in weight over the summer, relentlessly hitting the gym in a bid to bulk up ahead of this debut year in the top flight. It showed on occasion, Diaz nudged off the ball, but the City winger soon learned new tricks and that is testament to his resilience. He found new tricks, coming deeper to collect the ball to give himself additional time, and gained further advantage by the way in which he held his frame.

Fulham, whose manager Slavisa Jokanovic is under increasing pressure, actually grew more confident before and after half-time. The strong line-up was with the hope of building momentum in mind, the need for first-choice defenders to play further minutes alongside each other before Monday’s crunch trip to Huddersfield. Andre Schurrle should have done better when he curled straight at young goalkeeper Aro Muric.

It was left to Diaz to settle this. Jesus – who was bright but cannot buy a goal at the moment – saw his effort tipped on to the post with 25 minutes remaining. Diaz collected the rebound, settled himself, and thundered City into the last eight. The only blemish was the sight of De Bruyne hobbling off with five minutes left after Timothy Fosu-Mensah fell on his left knee. 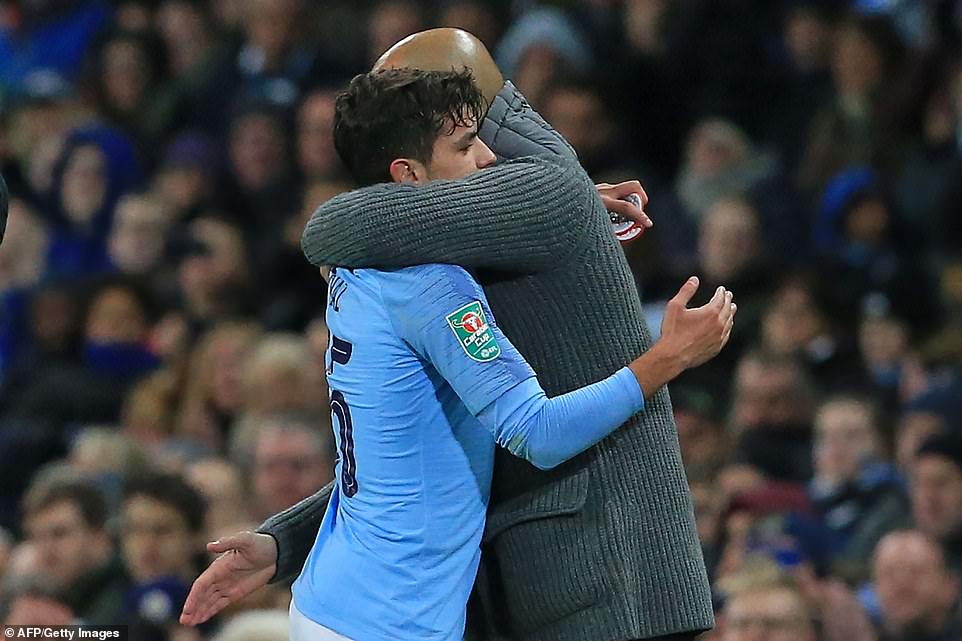 ‘I am being harassed’: Kyle Walker blames the media for his repeated lockdown breaches

Coronavirus could prevent Liverpool from winning the Premier League title