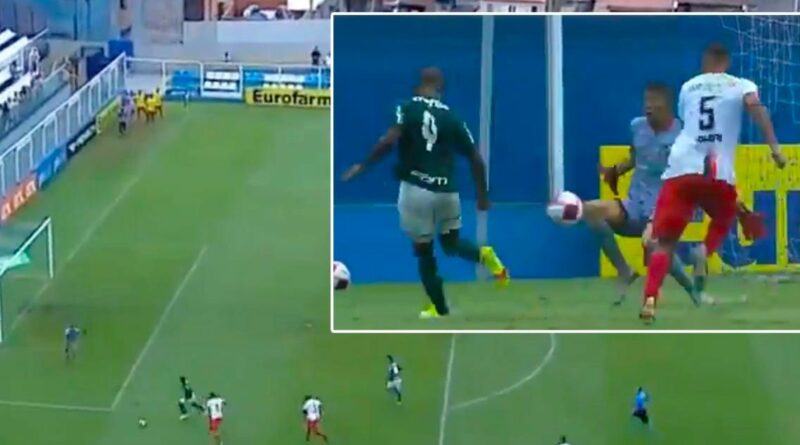 15-year-old Endrick has exploded onto the scene after scoring a supremely impressive 165 goals in 169 matches for the club's youth sides.

It's little surprise, therefore, to see his name linked with some of the biggest clubs in Europe, and his abilities likened to some of the greatest Brazilians in recent memory.

A clip emerged this weekend showing the youngster, who was born in 2006, intercepting a wayward pass before immediately turning 180 degrees and skinning a defender.

He then pushes the ball beyond a second opponent before effortlessly chipping the rushing goalkeeper.

It was Endrick's third goal in this year's Copinha (São Paulo Junior Cup), a tournament which features players aged up to 21-year-old.

Like most Brazilian wonderkids, it doesn't take long for European football to come calling and it's understood that the likes of Liverpool, Barcelona, Manchester United and Manchester City are keeping a close eye on the youngster's progress.

Though a move to Real Madrid could be the likeliest given he shares an agent with the aforementioned Vinicius.

Endrick has been making such an impact in Palmeiras' youth setup that he's competed in three different age groups this year alone – U15, U17 and U20.

Does Endrick look older than 15? Let us know what you reckon in the comments section below…

Despite his obvious ability, some on social media weren't quite so sure about his age after watching the clip, with his hair raising a few eyebrows.