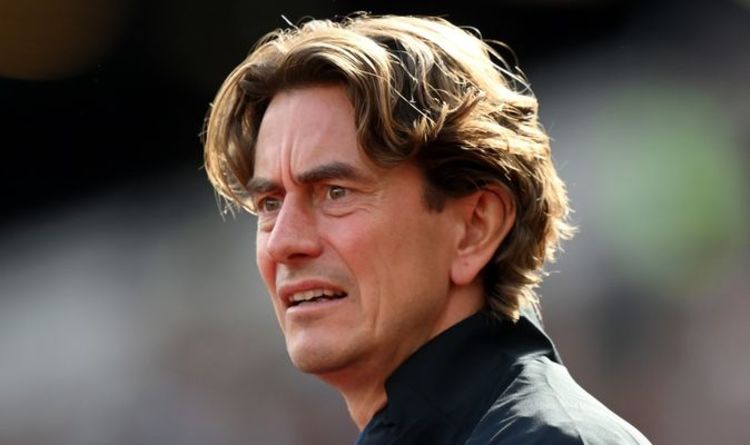 Brentford manager Thomas Frank has refused to rule out taking over at Arsenal or Manchester United in the future – but insists that he is currently happy in West London. The 48-year-old Dane has made something of a name for himself in England after guiding the Bees to the Premier League.

And their attractive style of football has caught the eye so far this season, with Frank’s side flying high and sitting in seventh place in the table currently.

Mikel Arteta and Ole Gunnar Solskjaer appear to come under pressure every time their side have a poor run of form, and it would be no surprise to see either, or both of them, sacked by their respective clubs in the near future.

If that happens, Frank may well be near the top of the list of any potential replacements, especially given that he is beginning to prove he can hold his own in the top flight.

And speaking to Danish publication Bold, Frank admitted he felt flattered by the links to two of the country’s elite clubs.

“So, I understand that well, but… Arsenal and United. Wasn’t that how it was?” he said. “I think I read that at some point.

“It’s very nice, but one thing is rumours, and the other is if they really wanted to contact me. Then we have to take it from there.”

He went on to insist that he would never look for an exit from Brentford, but would have to consider his options if he were offered another role.

“I have a contact until 2023,” Frank continued. “I’m insanely happy at Brentford. It’s club that means a lot to me and where I have had great times.

“I enjoy working with our director of football, owners, players, staff and fans.

“It’s the club who must come to me, but now we must see what the future brings. I know we have a mutual respect and a good relationship with each other on that.”

Brentford are next in action on Saturday when they host Chelsea in a London derby.

And they could incredibly move into the top four with victory if other results go their way.

It remains to be seen if the Bees can keep up their superb start to the campaign.

But if they do so, it is surely only a matter of time until the big boys start circling around Frank.

And Brentford fans will no doubt be simply focusing on enjoying his exciting brand of football at the Community Stadium for as long as they can. 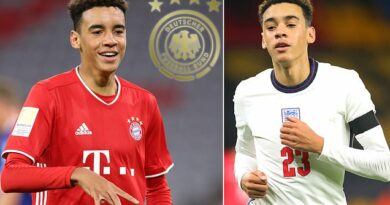 Jamal Musiala explains why he turned down England for Germany 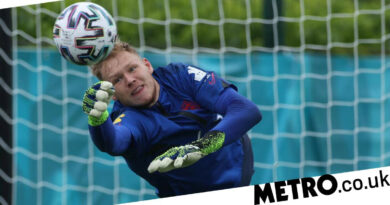