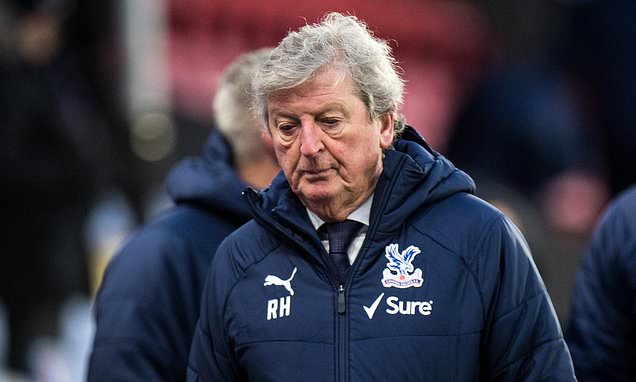 LIVE: Brighton vs Crystal Palace – rivals go head-to-head as both sides look to pull clear of relegation trouble, with Seagulls able to leapfrog Eagles with a win at the Amex Stadium

Despite being three points worse off than the visitors, Brighton come into this encounter in more buoyant mood as they look to extend their six-game unbeaten Premier League run, which has seen them win away at Leeds and Liverpool and at home to Tottenham.

Graham Potter’s men have picked up 16 out of 26 points away from home this season but, despite them collecting seven draws in 12 league games at the Amex, they haven’t lost any of their last four games beside the Seaside.

Crystal Palace manager Roy Hodgson is under more pressure than his opposite number meanwhile, having lost their last two games against bottom-half sides Leeds and Burnley by an aggregate scoreline of 5-0, with fans displaying a banner outside the team’s training ground attacking the team’s attitude.

Both those encounters saw them without talisman Wilfried Zaha after the 28-year-old came off in the 2-1 win over Newcastle with a hamstring injury and with the Ivorian missing tonight, the Eagles will need to look elsewhere for inspiration and try and improve their record of 18 losses in their last 20 top-flight games without their main man.

It is a huge night for Jean-Philippe Mateta. Not only have Crystal Palace lost 18 of their last 20 Premier League games, but 16 of those defeats have seen the Eagles fail to score. 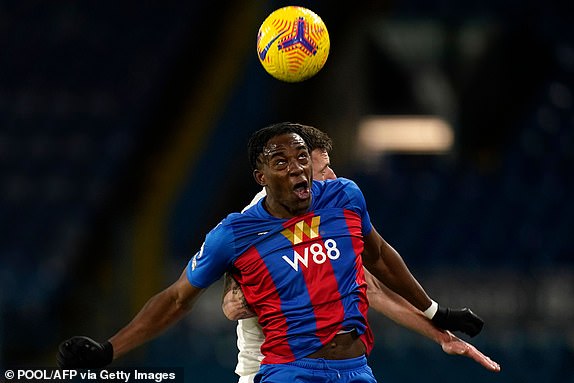 Crystal Palace, meanwhile, make five changes to the team that were convincingly beaten 3-0 by Burnley.

Brighton are unchanged from their 0-0 draw at home to Aston Villa nine days ago.

If you’re wondering why these two sides more than 40 miles apart consider themselves rivals, here is my colleague Ben Nagle to explain:

… to Sportsmail’s coverage of Brighton vs Crystal Palace at the AMEX.

Despite sitting 16th, two places and three points below the visitors, Brighton are on a six-game unbeaten league run that has given slight breathing space in the relegation battle.

However, a win would be most welcome for Graham Potter, whose side have drawn more games than anyone else in the division (11).

Crystal Palace, meanwhile, have lost their last two matches without Wilfried Zaha and are not entirely comfortable, now sitting only seven points above a resurgent Fulham.

Plenty to play for then… team news is coming up in 10 minutes.