Brighton fans have waited a long time – since 2013 – for a home league win over their great rivals from the other end of the A23 and there will have been extra satisfaction in the manner of this one. They went down to ten men after 31 minutes when Ireland defender Shane Duffy was sent off for headbutting Patrick van Aanholt shortly after Glenn Murray had put the Seagulls ahead against his old club from a highly controversial penalty, his seventh goal in seven home games this season. Substitute Leon Balogun then scored with his first touch to make it 2-0 and another substitute, Florin Andone, made it 3-0 in the four minutes added onto the end of the first half for the earlier drama.

Luka Milivojevic pulled one back in the second half for Palace, but that must have been little consolation for such a decisive defeat in a derby that is as passionate as any in the top division however much it may baffle those outside this corner of the south-east. 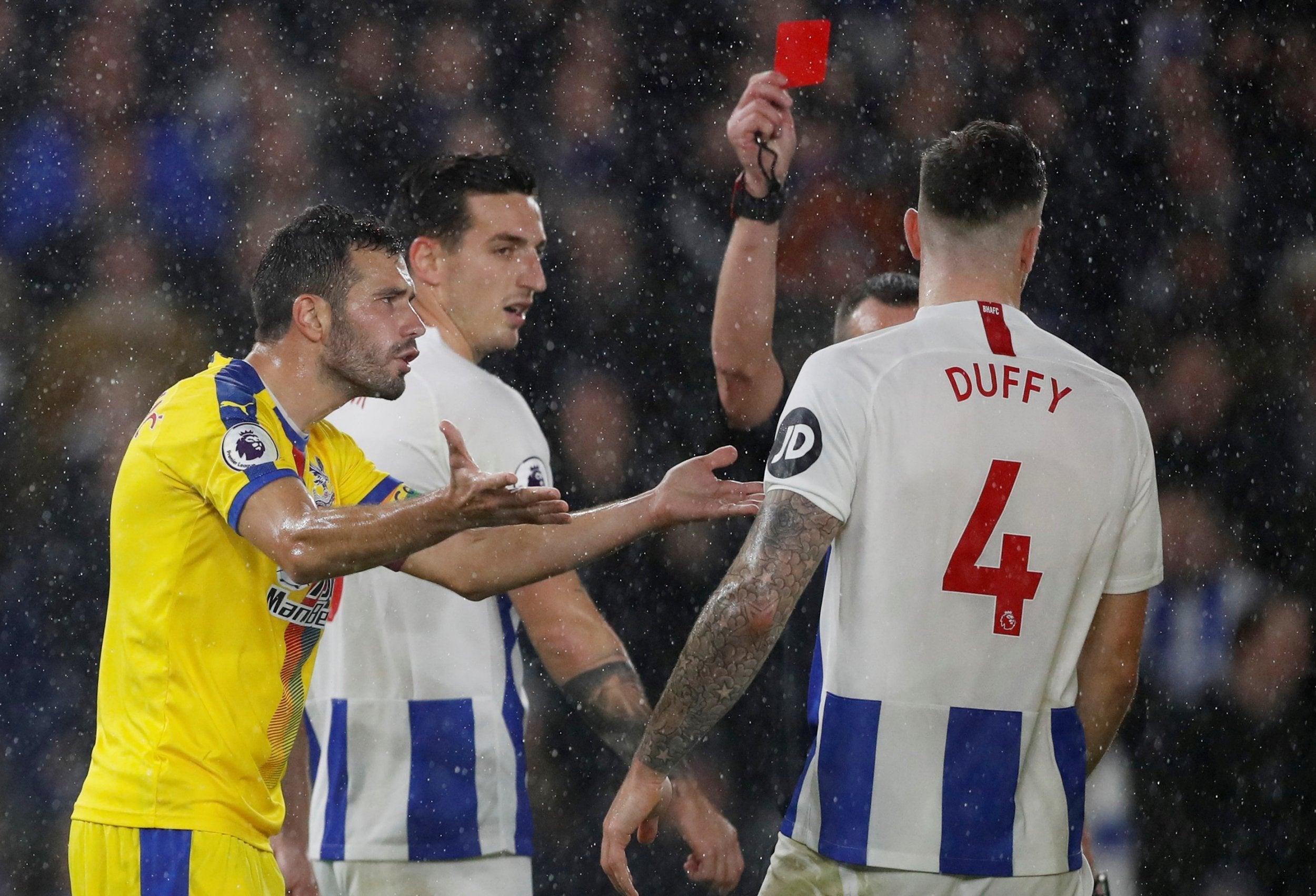 As expected, top scorer Glenn Murray was restored to the Brighton team to face his former club after being rested for the 2-1 win at Huddersfield, while Palace were unchanged from the side that beat Burnley 2-0 at Selhurst Park. Brighton began a half that most expected to be tight and cagey – how little we knew – with some fluent passing although without hurting a Palace side who looked solid and compact. And when the visitors finally managed some possession of their own, they looked more dangerous.

After 16 minutes Max Meyer found Patrick Van Aanholt charging down the left and he pulled a cross back to the head of Andros Townsend, who had found a yard of room with a clever delay of his run. But although unmarked, he could not keep his effort on target. Then Luka Milivojevic swerved a shot goalwards that Lewis Dunk chested away, although Palace optimistically claimed a penalty. there were optimistic claims from the visitors that he had handled.

There was indeed a penalty but it went Brighton’s way and looked highly dubious. After 23 minutes Palace failed to clear a bouncing ball on the edge of their own area and it dropped promisingly for Jose Izquierdo. The Colombia winger ran onto the ball but Palace’s James McArthur got there ahead of him, stretching out a foot to get the ball. Izquierdo ran into McArthur’s leg but referee Kevin Friend’s angle made it look as though he had been brought down and he pointed to the spot. Murray struck the kick high into the net for his seventh goal in seven home games this season. 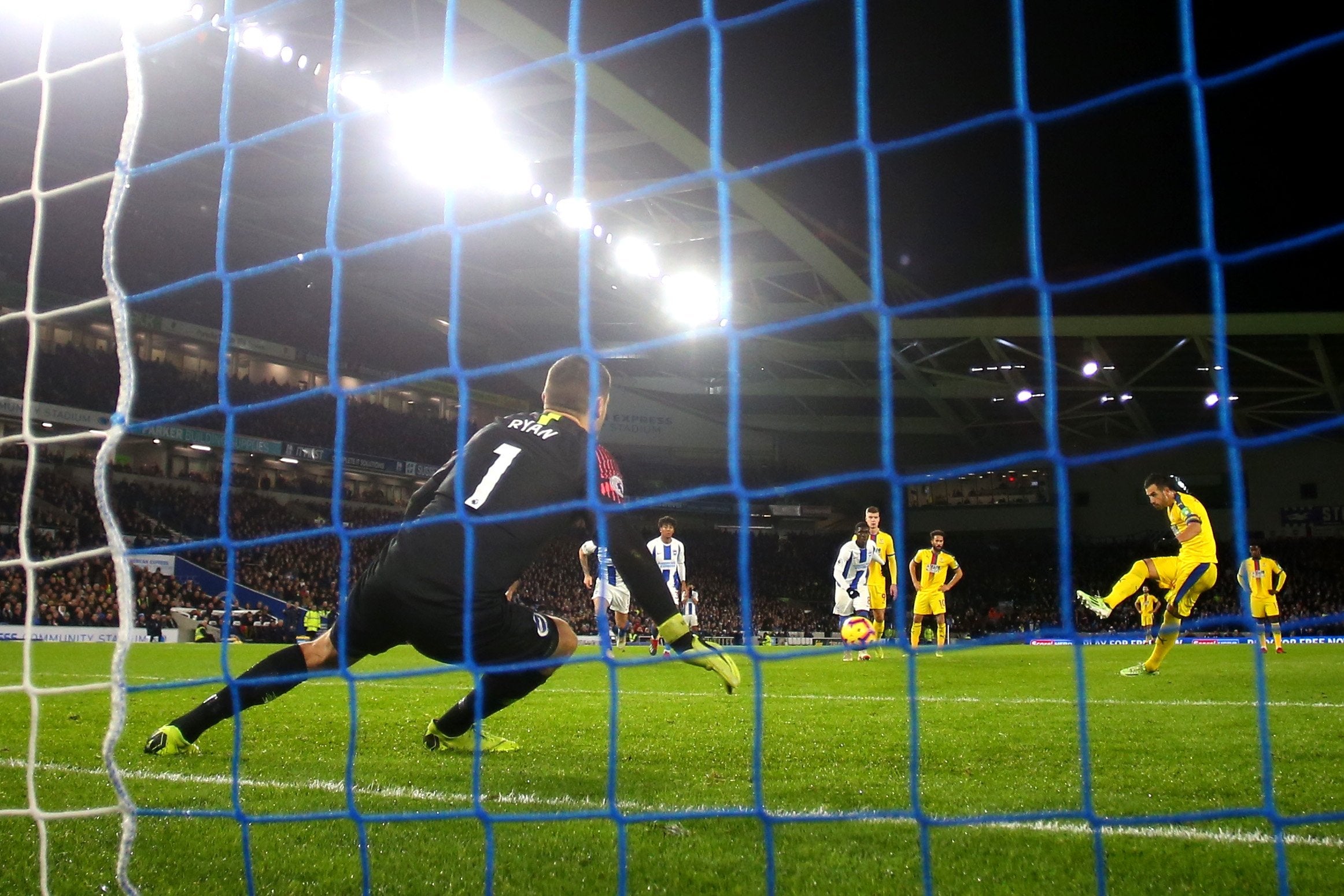 Four minutes later Murray fell under a challenge from James Tomkins that looked more like a penalty than the previous incident. A corner was given as Murray lay injured and while he was receiving treatment, Shane Duffy inexplicably headbutted van Aanholt and was sent off. It was the fourth red card in as many Brighton matches – two shown to Brighton and two to opponents and the first that Friend had shown this season. Advantage Palace, then? Not so fast. Chris Hughton withdrew Pascal Gross and sent on Leon Balogun in Duffy’s place and the Nigeria central defender scored with his first touch, lashing Solly March’s corner past Wayne Hennessey after 31 minutes.

Ten-man Brighton retreated and Palace tried to hit back and Milivojevic hit a low shot towards the bottom corner of the Brighton net that their Brazilian defender Bernardo scooped away. Hughton replaced the injured Murray with the hard-running Florin Andone, who had scored Brighton’s winner at Huddersfield on his first Brighton start and in the fourth minute of time added onto the first half he was celebrating again. He ran at Tomkins, who had been booked earlier and could not risk a tackle.

Palace tried to get some sort of foothold in the second half but very little that they tried seemed to come off at first. Meyer shot wide at the far post under challenge from Lewis Dunk and the frustrated Wilfred Zaha, so often Brighton’s bane, was booked for a foul on Solly March to the delight of the home supporters. Brighton thought they could afford to sit back and defend and look for the pace of Andone to provide an outlet, but eventually Zaha tumbled over the leg of Balogun and Milivojevic converted the penalty. 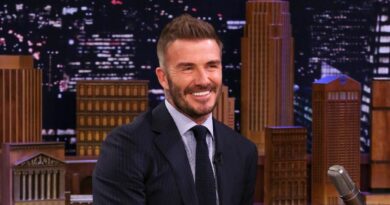