Brighton take on Manchester United in the Premier League this morning and Express Sport brings you live updates from the Amex Stadium.

Manchester United will be desperate to bounce back from their opening-day defeat against Crystal Palace.

The Red Devils looked out of shape at the back but Solskjaer could shake things up and he looks to kick-starts his season.

United are still hoping to strengthen their squad in the transfer window before the October 5 deadline but today’s clash could give a number of players who’s positions are under threat the chance to impress.

Meanwhile, Brighton head into this showdown in top form.

Since their opening-day loss to Chelsea, the Seagulls have won their following three matches 4-0, 3-0 and 2-0 against Portsmouth, Newcastle and Preston, respectively. 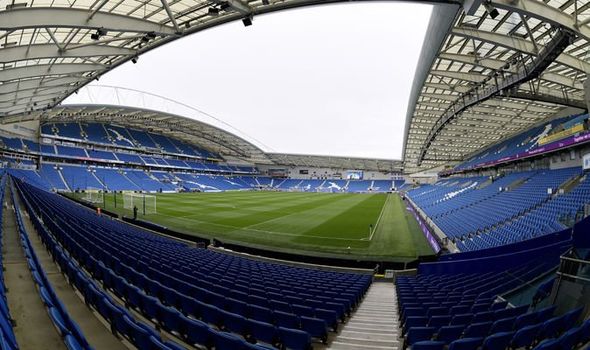 Ole Gunnar Solskjaer has a selection headache as he must decide whether to keep faith with David de Gea between the sticks following Dean Henderson’s impressive showing against Luton in midweek.

Defender Victor Lindelof came in for criticism during last week’s loss to Crystal Palace so he may be replaced by the fit-again Eric Bailly.

Mason Greenwood may also return to the starting XI to make his first start since finding himself in hot water while on international duty.

Brighton boss Graham Potter will be forced into a midfield change as Yves Bissouma is banned following his red card at Newcastle.

Adam Lallana and Davy Propper have been building their fitness following injury issues and could be in contention to replace Bissouma but fellow midfielder Dale Stephens was this week allowed to join Premier League rivals Burnley.

Adblocker must be turned off to view