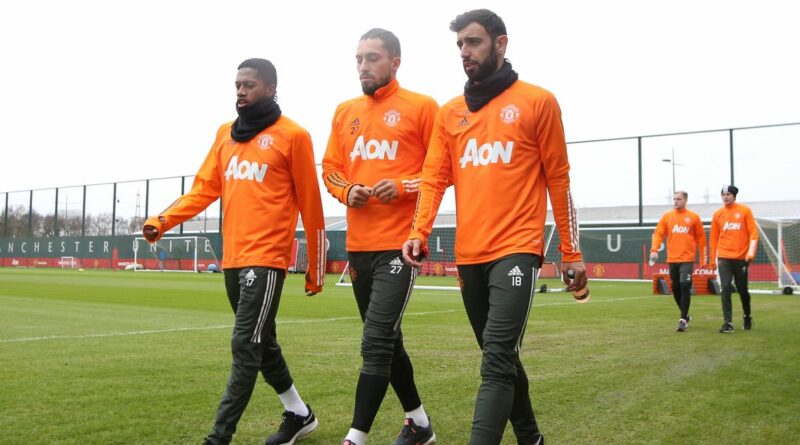 Bruno Fernandes has revealed that there is an ongoing debate within the Manchester United dressing room over who is the greatest footballer in history.

Fernandes believes that his compatriot Cristiano Ronaldo is the best, but Brazilian pair Alex Telles and Fred "say Pele was the best in the history of football".

The Portuguese superstar also revealed they "always fight about Rivaldo and [Luis] Figo and which one was best."

Answering questions from supporters on the club's official website, Fernandes said: "We always fight because they [Telles and Fred] say Pele was the best in the history of football and I'm talking and I put Cristiano in the middle, of course.

"For me, Cristiano and Messi, I always say, both make history for many years and they were capable of being at the top for many years.

"And, of course, the same as me, they have never seen Pele play so they can't say he was the best because they never saw him. They say it because they're Brazilian and, in Brazil, they say it.

"I think Pele is one of the best in the world because I hear people talking about him and I've seen some history and some videos and you watch and everyone can see Maradona, Eusebio and people talk about Pele as being the best of all time.

"So, for me as a Portuguese, I always defend my players. It doesn't matter if I like them or not, I defend the Portuguese players every time. So this is a fight between Brazilian and Portuguese people but it is more of a joke than other stuff."

Fernandes also praised manager Ole Gunnar Solskjaer, adding: "I think honestly the team has improved a lot since I arrived. I feel the improvement but I think the team is improving since the coach arrived.

"He's trying to put his hand on the team and make it better and better."