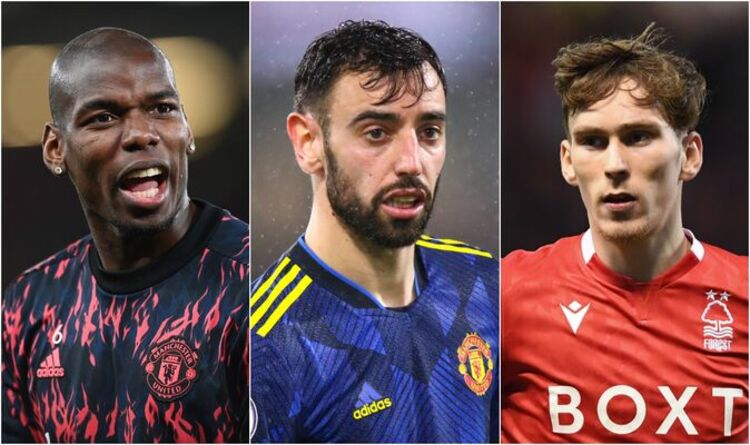 Manchester United star Bruno Fernandes has dropped a social media hint suggesting that the Red Devils could have a ready-made Paul Pogba replacement if the Frenchman makes way this summer. Academy product James Garner is held in high regard by fans, and the Portuguese claims that he cannot wait to play alongside the young midfielder.

Fernandes’ name was on every Man Utd fan’s lips after signing a lucrative new contract on Friday. On improved terms, the 27-year-old is reportedly set to pocket £240,000-a-week until 2026, when there will then be the option to extend for an extra year.

Fresh from signing on the dotted line, Fernandes opened up a Q&A session to interact with fans on social media. When asked which academy player he looked forward to playing with one day, he publicly singled out Garner.

The 21-year-old has impressed on a season-long loan with Nottingham Forest this campaign, having spent the second-half of last term on loan at the City Ground after falling out of favour in a separate stint with Watford. A mature all-round prospect, Garner has notched three goals and four assists in the Championship this season as fans grow increasingly excited about the prospect of his United first-team future.

Next season could present the perfect opportunity with Pogba expected to depart upon the expiration of his contract. While receiving nothing for the former world record signing will come as a kick in the teeth, it will also leave a vacancy for Garner to fill which may not see him thrust straight into the action, but could see him take up a rotational role.

Having such a player in the Red Devils ranks could play straight into the next manager’s hands as a fresh, exciting homegrown talent promises to buoy the crowd in an era of redevelopment at Old Trafford.

It remains to be seen exactly who that new manager will be when Ralf Rangnick steps aside from his interim post this summer. Erik ten Hag and Mauricio Pochettino are seen as the front-runners after their work with Ajax and Paris Saint-Germain respectively.

Reports indicate that the interview process has already started for the pair as an initial five-man shortlist gets whittled down. Julen Lopetegui, Luis Enrique and Thomas Tuchel were also believed to be in contention, but the former has plegded his future to Sevilla and the latter two seem unlikely to drop their commitments with Spain and Chelsea.

Whoever takes charge could have a serious talent on their hands if Garner is phased into the side, and former England international goalkeeper Paul Robinson has singled him out for high praise. “Garner has been exceptional at Forest,” he told Football Insider, “He is an example of why players get sent out on loan.

“He can play at the top level and I think he has proven that at Forest. I don’t think he’s one that will go straight into the Man United side but I think there is a first-team role there for him and he will feature next season.” 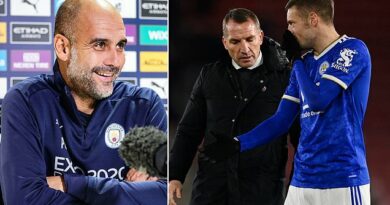