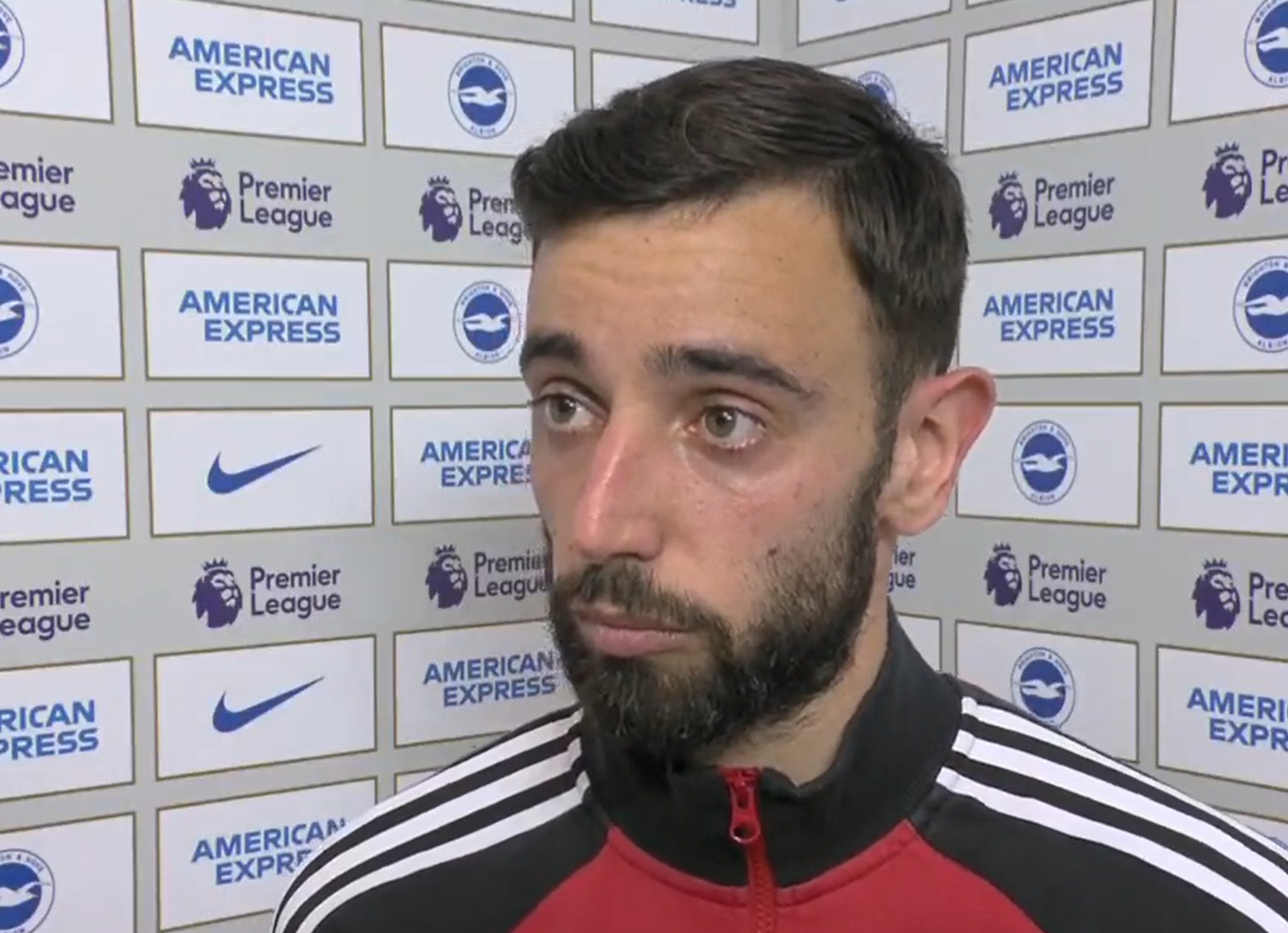 Bruno Fernandes says Manchester United fans were right to chant ‘you’re not fit to wear the shirt’ following their dismal 4-0 defeat to Brighton.

United slumped to another heavy defeat on Saturday night, one that confirmed the club are heading towards their worst finish in the Premier League era.

After going in at the break a goal behind, United conceded three times in 11 second-half minutes with United’s travelling support finally losing patience and turning on the players as a result.

And when quizzed on fierce backlash in the away end, Fernandes had little argument.

‘I include myself in that,’ Fernandes told Sky Sports.

‘What we did today, what I did today, was not enough to be in a Man Utd shirt and I accept it.’

United eased to a 3-0 win over Brentford on Monday night, offering fans faint hope of a positive end to another disappointing season.

But another defeat ensured that was short-lived with Fernandes admitting United were ‘embarrassed’ by Brighton tonight.

‘A little bit of everything [went wrong]. Quality. Mentality. They deserved to win and we deserve to be in the position we are in now.

‘It’s something that we have to look and be embarrassed because that was not good enough from us and we have to do much better.

‘I don’t want to talk about the future, we have still one game this season and we have to win.

‘I talked with the club about the future many times before I signed my contract because I think the future can be good, but obviously many things need to be fixed, as we have seen this season.’