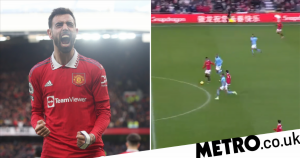 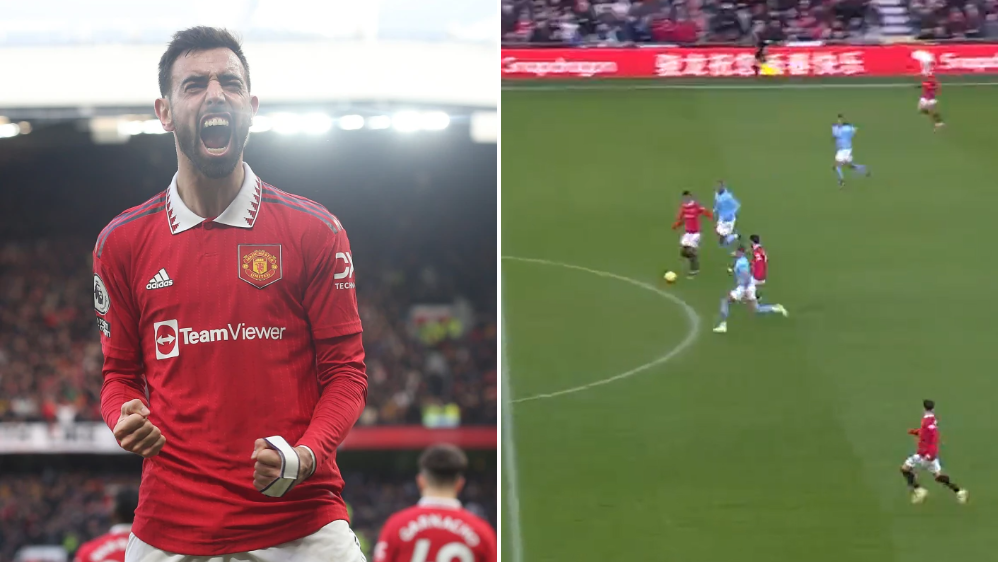 Bruno Fernandes claims Manchester City can have no complaints over his controversial goal in the derby at Old Trafford.

The reigning Premier League champions looked well set to claim the bragging rights after substitute Jack Grealish headed his side in front, just three minutes after his introduction.

United looked to be on the ropes at that stage but the game turned on Fernandes’ controversial equaliser with 12 minutes remaining.

Casemiro’s through ball was intended for Marcus Rashford who was standing in an offside position and appeared to distract both Manuel Akanji and Kyle Walker.

Rashford, however, left the ball for an onside Fernandes and was deemed not to be interfering with play by the VAR Michael Oliver.

City’s players were furious with the decision and remonstrated with referee Stuart Atwell but Fernandes maintained the decision to award the goal was correct under the current guidelines.

‘I was facing the goal, Marcus probably saw I was in a better position,’ he told BT Sport.

‘Anything is possible. We’re very pleased to come back and win.’ 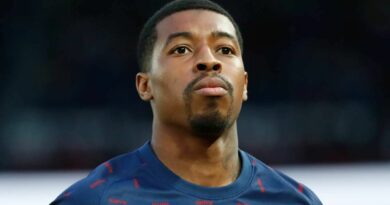