Lyon midfielder Bruno Guimaraes ‘is keen’ to complete a move to Newcastle United in January. Newcastle have submitted an offer to sign the 24-year-old before Monday’s transfer deadline after Eddie Howe identified him as a top target and now await Lyon’s decision.

Guimaraes has also attracted heavyweight interest from Arsenal and Juventus, but the Magpies could be set to win the race for his signature.

Howe has considered a new midfield arrival a priority this month, especially a player who can add technical ability and physical attributes to contribute at both ends.

And Steve Nickson, head of recruitment, has identified Guimaraes amongst a few other names as a prime match for those characteristics.

According to The Athletic, Guimaraes is keen on moving to Newcastle before the January 31 transfer deadline.

JUST IN: Newcastle met with ‘immediate refusal’ by Vlahovic despite huge wage

The Magpies have submitted a formal bid worth around £33million (€40m), close to Lyon’s asking price.

For that reason, there is significant hope that the ambitious deal can be agreed upon, with Guimaraes Howe’s primary midfield target.

Lyon are yet to accept the offer, but the fee, added to the Brazil international’s desire to join, could push the transfer through.

Howe and his Newcastle squad are currently in Jeddah, Saudi Arabia, for warm-weather training during the winter break.

Director Amanda Staveley, who led the club’s Saudi-backed takeover in October, is also in the country.

On Monday, a transfer meeting was held to discuss recruitment strategy for the final week of the first window under new, wealthy ownership.

And whilst Newcastle have faced frustration this month due to their perilous Premier League position, they could end the window on a serious high by recruiting Guimaraes.

The Magpies were confident of signing Sevilla centre-back Diego Carlos but the LaLiga club’s increased demands have put the deal in danger.

Newcastle also approached United for a short loan but the parent club have rejected two such offers because of Lingard’s contract expiry in the summer.

Guimaraes is also a European-quality player with experience in the Champions League and Europa League.

His capture would round off an overall positive January transfer window on Tyneside for Howe, who is hoping his new additions will help them secure Premier League survival this season. 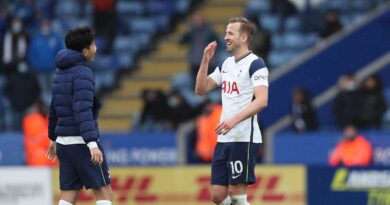