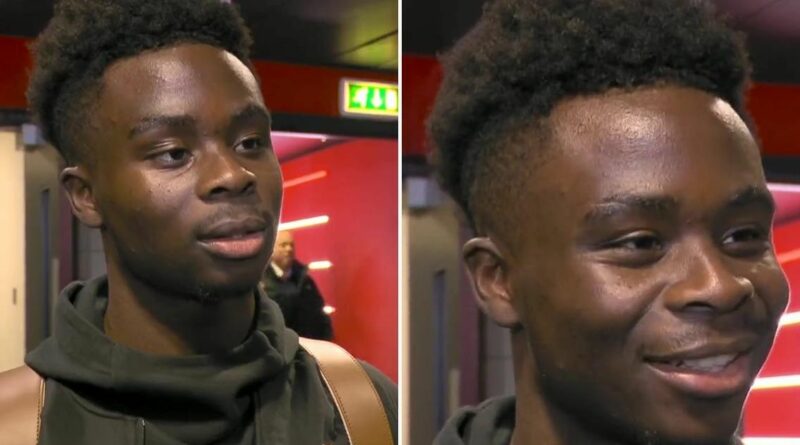 Arsenal star Bukayo Saka has taken up a challenge from Geoff Shreaves before his side take on Manchester United on Sunday.

The 21-year-old has had a stellar season, helping the North London side climb to the top of the season as they look to win their first Premier League title in almost two decades. Ahead of their historic clash with Manchester United, the winger was challenged by Sky Sports commentator and reporter Geoff Shreeves.

Speaking to Sky Sports, the winger was asked whether he is up to scoring against Manchester United for the third consecutive match, making him just the third Arsenal player to do so behind Thierry Henry and Freddie Ljunberg.

He replied with a smirk on his face: "Challenge accepted. It will be a pleasure to be in the company of those two elite players so I hope I can do it."

Do you think Saka can equal the record held by Ljunberg and Henry? Let us know in the comments section below

The two sides took to the pitch at the Emirates as Arsenal look to regain their five-point lead at the top of the table following Manchester City's 3-0 demolition of Wolves where Erling Haaland surpassed last season's Premier League top goalscorers.

Saka is also looking to increase his six goals and seven assists, with the Premier League clash looking to be as tasty a fixture as it used to be when both sides would often battle it out for the league title.

The first half of the clash welcomed a sublime goal from Marcus Rashford who put the visitors 1-0 up before Eddie Nketiah nodded home from close range to pull Arsenal back into the game. 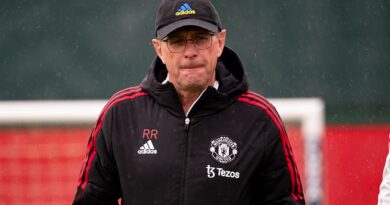 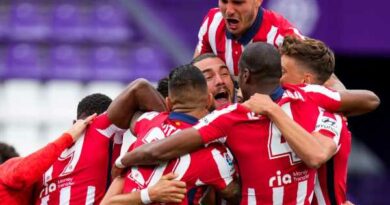