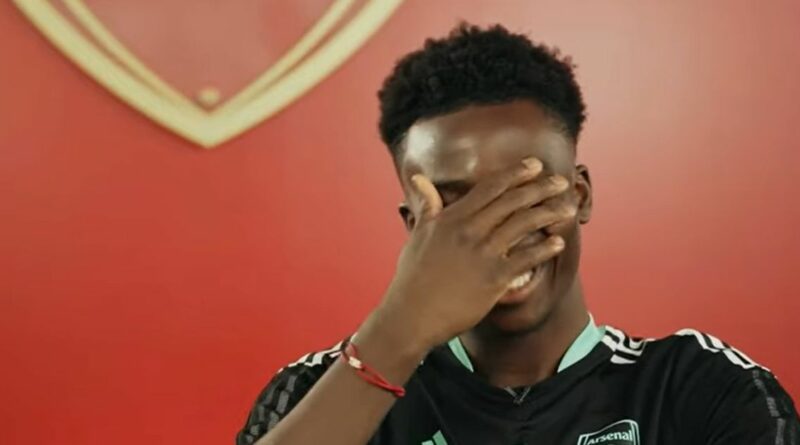 Bukayo Saka has discovered he 'still owes' homework to his GCSE English teacher, with the Arsenal star left red-faced after finding out.

The young winger has starred for the Gunners this season, scoring 11 goals and notching five assists in all competitions. He smashed in a penalty late on at Chelsea to secure a crucial win for Mikel Arteta's side on Wednesday night, keeping them in the hunt for a top four spot.

Ahead of that trip to Stamford Bridge, Saka was the featured Arsenal player in Sky Sports' pre-match build-up. As part of that feature, the 20-year-old was shown a video of his teachers from Greenford High School.

Saka attended the school from Year 7 through to Year 11, with his former teachers lining up to share their memories of him. But the Gunners star was left red-faced when his old English teacher revealed that she was still owed homework by him.

"He was just a normal teenage boy. Smiling and joking with his friends. Very respectful, very well brought up. I do think he still owes me some English homework. So if he gets those done and sends it through I'll mark it," Miss Fowler told Sky Sports.

Saka raised his head laughing before rubbing his eyes and revealing his struggles with William Shakespeare plays. While he didn't take the teacher up on her offer of sending in his homework now, Saka said jokingly: "Romeo and Juliet was so hard."

Who do you think has been Arsenal's player of the season this year? Let us know your thoughts in the comments section…

Having seen seven teachers share their memories of him, Saka also revealed his thoughts about school life. The winger left school with an impressive list of results from his GCSE exams and insisted that shows his level of dedication.

"I was a good student. I've been back to my school before. I didn't see a lot of the teachers, I thought they had all left. And I just never thought I would see them again. It's really nice to hear from all of them," Saka added.

"I remember all the teachers and their classrooms and how I was in each of their classes. I ended up with three or four A*s and three or four As. I worked quite hard for it, it took a lot of dedication you know." 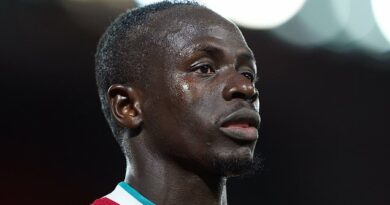 Sadio Mane admits 'this is the WORST season of my career'