Home » Soccer » Bundesliga TV schedule: How to watch ALL of the Bundesliga from this weekend

Germany suspended the top two divisions on March 13 amid the coronavirus pandemic. But now Chancellor Angela Merkel has relaxed lockdown measures as the rate of infection levels fell. Now the Bundesliga is back – restarting on May 16. The league has nine matchdays left of the season, which must be finished by June 30.

However, the matches will be played behind closed doors as Germany has not yet lifted its ban on mass gatherings, which is in place until August 31.

Bayern Munich leads the Bundesliga by four points – followed by Borussia Dortmund on 51 points and RB Leipzig on 50.

There is also a feisty relegation battle to play out here, with Werder Bremen and Paderborn at risk, while Fortune Dusseldorf could be heading for the play-offs.

With the UK’s Premier League still out of action, football fans could be looking for another way to get their sporting fix – and the Bundesliga may fill that hole.

Express Sport takes a look at what the Bundesliga has to officer this weekend and how you can tune in to all the action. 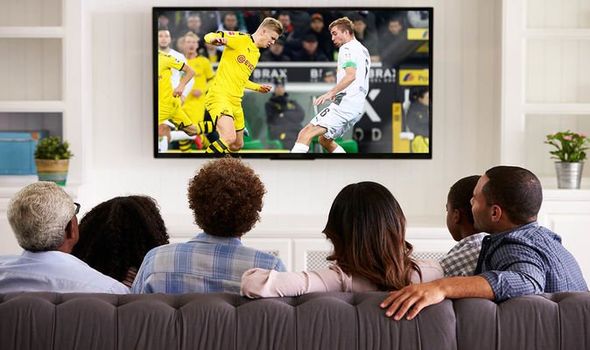 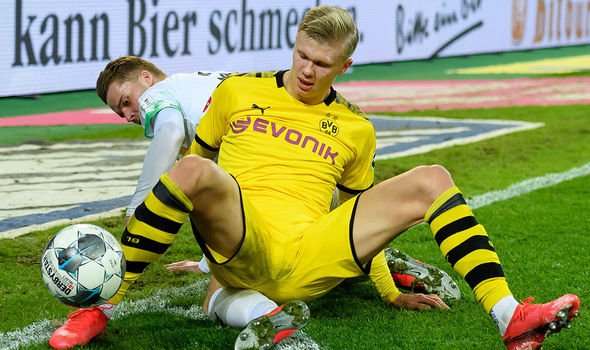 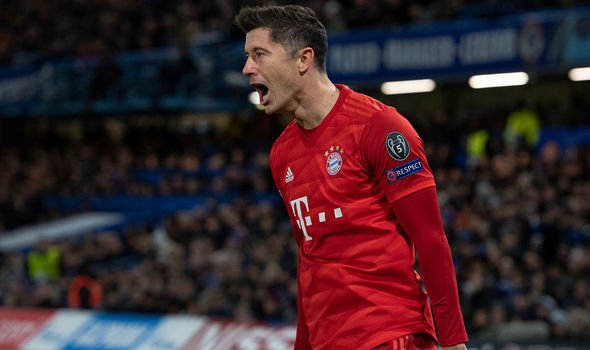 How to watch the Bundesliga

BT Sport confirmed it will be showing all the Bundesliga games on their channels.

BT said: “The Bundesliga is back and BT Sport is broadcasting every single game from Germany’s top-flight over three days of unmissable action this weekend.

“After a 61-day hiatus due to the ongoing coronavirus pandemic, all nine games will be shown live and exclusive on BT Sport as the Bundesliga becomes the first major European league to resume.

“For the remainder of the Bundesliga season, BT Sport will broadcast every match, with at least one match per weekend available in stunning 4K UHD picture quality on BT Sport Ultimate.”

WACTH THE BUNDESLIGA WITH BT SPORT 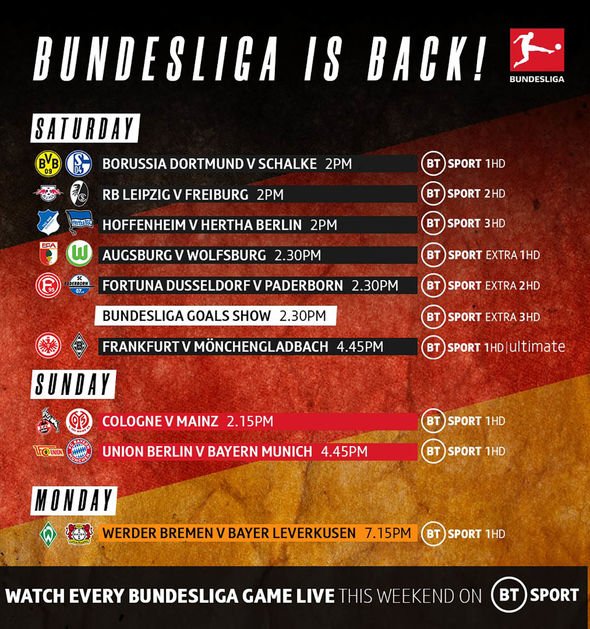 Every Bundesliga game will be available on TV, on mobile and tablet devices, or via Xbox, PlayStation, Samsung TV and Apple TV, as well as BTSport.com.

Sky, Virgin or BT TV customers can add BT Sport channels to their subscription package for an additional monthly charge.

If you’re not yet a subscriber, you can also buy a £25 BT Sport Monthly Pass to watch BT Sport contract-free.

To watch the matches via a live stream, tune into the BT Sport app on your phone or tablet.