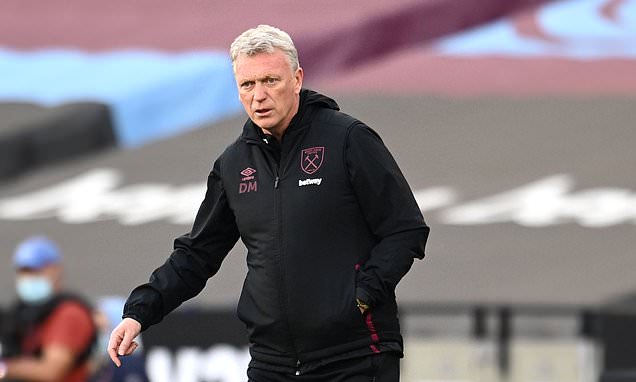 LIVE: Burnley vs West Ham – David Moyes’ men look to move back up to fifth and keep the pressure on Chelsea with the hosts virtually assured of safety

Burnley are virtually safe and welcome to West Ham to Turf Moor on Bank Holiday Monday.

After looking like they would run Chelsea really close for the final Champions League spot, the visitors have suffered consecutive defeats to Newcastle and Thomas Tuchel’s men.

With Tottenham securing a comfortable 4-0 win over Sheffield United to move fifth, David Moyes’ men also need three points to keep themselves in the hunt for a top-four finish.

The visitors are applying the pressure. Vladimir Coufal’s cross is cleared shortly before Jesse Lingard’s one-two in the Burnley box almost makes its way back to the Manchester United loanee.

Michail Antonio drives into the box and tucks a ball across the box through James Tarkowski’s legs. Charlie Taylor’s clearance then hits Tarkowski before the ball breaks to Manuel Lanzini, who curls just over the bar. Not too far away.

Matt Lowton’s dangerous cross is headed over by Vladimir Coufal. At the other end, Michail Antonio fires well wide.

Jesse Lingard puts the ball out of play after trying to cushion a pass back to the returning Aaron Cresswell.

Anthony Taylor gets the game underway after the players take the knee.

Michail Antonio scored the only goal in the reverse fixture at the London Stadium in January to put the Hammers ninth.

Chris Wood is one of the league’s in-form strikers and has six goals in his last six games, including a hat-trick in the 4-0 win at Wolves last weekend.

He also has six goals in his last seven games against the Hammers. Can he add to his tally this evening? 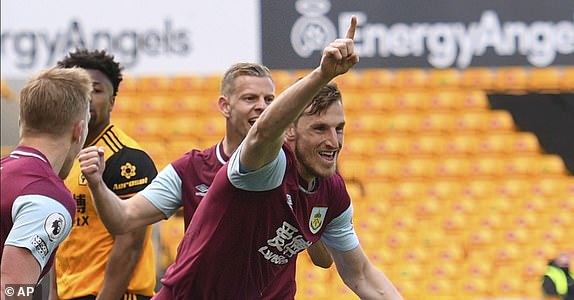 David Moyes has made five changes from the side that lost 1-0 to Chelsea as yet more injuries force his hand.

Fabian Balbuena had his controversial red card against the Blues overturned but is on the bench, while Angelo Ogbonna is a late withdrawal. Craig Dawson comes into the back three, as does Aaron Cresswell, who plays for the first time since coming off with a hamstring injury in the 3-2 win over Leicester three weeks ago.

Mark Noble is absent with a calf injury, while Ryan Fredericks and Jarrod Bowen drop to the bench. In come Said Benrahma, Manuel Lanzini and Michail Antonio, who makes his first appearance since going off against Wolves on April 5 with a hamstring problem.

Andriy Yarmolenko doesn’t even make the bench having not played since suffering knee ligament damage in February.

…and welcome to Sportsmail’s coverage of Burnley v West Ham at Turf Moor as David Moyes’ side look to leapfrog Tottenham back into fifth. Team news coming right up.