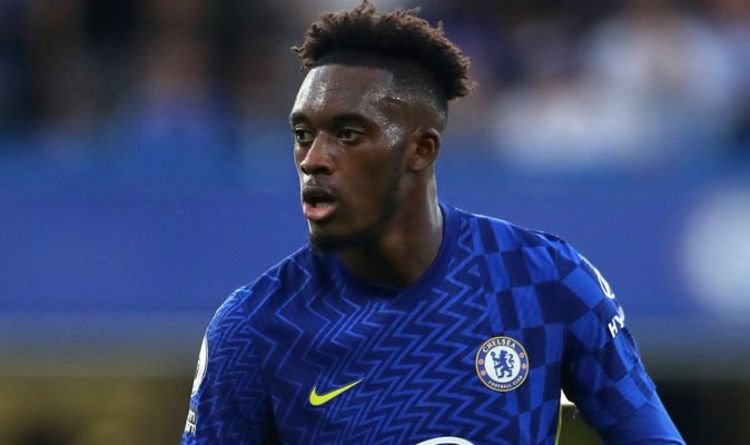 Callum Hudson-Odoi has been touted for a move to Jurgen Klopp’s Liverpool in recent days – and could join a long list of stars to have made the same move from Chelsea to Liverpool in the last decade. That is not to say that Chelsea boss Thomas Tuchel doesn’t rate him but rather because of Blues’ star-studded squad.

With Mason Mount, Kai Havertz, Christian Pulisic and Hakim Ziyech all ahead of him in the pecking order, Hudson-Odoi is hard-pressed for game time.

And with links to Liverpool in the last few days, he could join an illustrious list of players to have made the switch from Stamford Bridge to Anfield. Express Sport takes a look at the players in question, and how they have fared…

We start off with a player who despite flopping at Liverpool, arguably became one of their bigger successes when taking into account the money raised.

Solanke joined as a 19-year-old from Stamford Bridge for whom he made just one appearance after joining as a seven-year-old.

The winger, 20, has been a bit-part player under Thomas Tuchel since his appointment, playing in just 19 games for the German from a possible 37.

Moving to Liverpool for £3million, he made nowhere near the impact he thought he would with just one goal in 27 appearances, before moving to Bournemouth for an astronomical £19m just eighteen months years later.

For the Cherries, Solanke has managed 25 goals in 99 games including six in eight this season.

If you thought the fee Solanke moved for was extortionate, it may shock you to hear the fee for Brewster is even higher.

The striker moved to Liverpool at the age of just 15 after his father told him he’d have better chances of first-team football there.

After making four appearances at Liverpool, he was loaned out to Swansea where he scored 11 goals in 22 games in the Championship.

This prompted Sheffield United to spend £23.5m on him as their marquee signing but with just one goal from 37 appearances so far, it is possibly the best piece of outgoing business Liverpool have done in a while.

A player who actually excelled for Liverpool, Sturridge is a Liverpool icon for his exploits on Merseyside.

He formed a deadly partnership with Luis Suarez as Liverpool came close to winning the league in 2013/14, with Sturridge scoring 24 goals in 33 games.

Scoring in the Europa League final and winning the Champions League as well, Sturridge at least had a successful career at Anfield unlike the previous mentions.

He is currently a free agent and has been since March 2020 but has been training with La Liga side Real Mallorca of late.

Moses surprisingly only left Chelsea’s books this summer after spending nine years there.

His career at the Bridge was littered with loan spells, only spending three full seasons in west London before moving to Spartak Moscow in the summer.

But having moved to Anfield on loan in 2013/14, Moses has joined the small list of players to make the switch from blue to red.

The most decorated footballer on this list, Cole undoubtedly spent his best years at Chelsea.

With 40 goals in 281 games at Stamford Bridge, Cole is a fan favourite in the capital.

And having only scored five goals in 42 games across two seasons at Anfield, his career is much better remembered for his time in London.

Liverpool No.2 gives verdict on progress of Curtis Jones and Harvey Elliott