Callum Hudson-Odoi’s club appearances have been strictly rationed due to the stubbornness of Chelsea boss Mauricio Sarri.

But Gareth Southgate is a more enlightened coach and his bold decision to hand the teenager a first start paid dividends with the youngster showing just why he’s one of the hottest properties around.

Hudson-Odoi was unable to join the goal rush as rampant England scored five for the second game in a row.

But he delivered a dazzling display, tormenting the Montenegro defence with his searing pace and box of tricks.

And he was desperately unlucky not to score himself on 50 minutes, when he took a Harry Kane pass in his stride and let fly with a low drive which brought a brilliant save out of Danijel Petkovic.

It was Barkley who stretched the lead in the 58th minute, applying a crisp 12 yard finish after Stefan Savic made a mess of a Raheem Sterling cross.

And Kane bagged his 22nd for England 12 minutes later, converting Sterling’s low centre after sub Jordan Henderson had broken up a home attack in the centre circle.

Hudson-Odoi is making the headlines for several reasons:

– Why he is right to demand a move from Chelsea?

– Chelsea fans have turned on Maurizio Sarri after his stellar performance 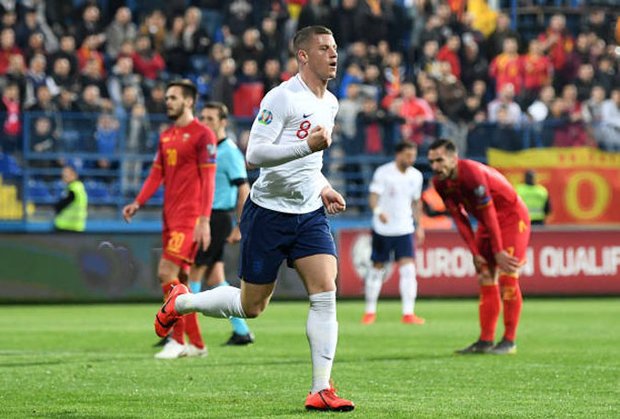 Confidence runs through this England squad and both full debutants impressed with Declan Rice acting as the midfield fulcrum, invariably sparking attacks with his quickfire distribution.

Montenegro had broken the deadlock totally against the run of play.

When a long ball dropped behind Hudson-Odoi, Zarko Tomasevic nodded it forward and Michael Keane’s header travelled straight to Vesovic who then sent the Everton man one way while stepping inside before curling a right foot shot beyond the diving Jordan Pickford.

England looked rattled but it is the mark of a good team to find strength in adversity and within 13 minutes, they were level with a far more positive contribution from Keane. 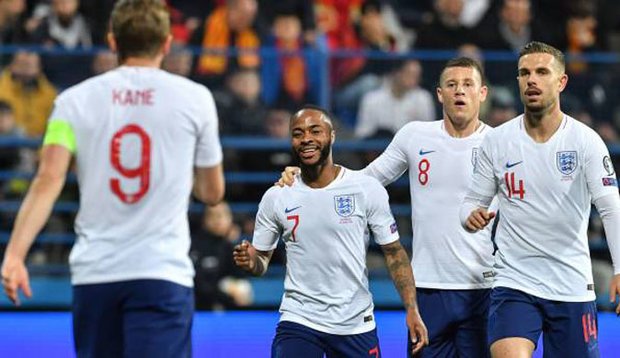 He was on the end of a perfectly flighted free-kick by Barkley to outjump his marker and power a header into the net.

After Pickford kept out a 30 yard effort from Stefan Mugosa, Barkley netted his third Three Lions’ goal and first since 2015.

It was an instinctive piece of finishing but much of the credit goes to Hudson-Odoi who took out two defenders before pulling the trigger.

His drive might have gone in but Barkley took no chances, getting in front of Petkovic to score with a sidefoot volley.

Gary Neville: VAR must change, but accuracy is up 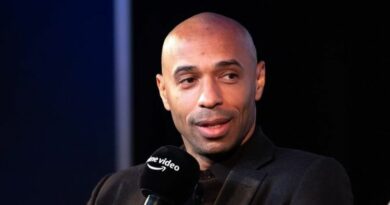