A week ago Eddie Howe said he was in no doubt that Callum Wilson would be on the mind of Gareth Southgate. And yet he seems to have escaped Jose Mourinho’s attention altogether.

How else to explain the sheer indifference of Manchester United’s defence to the hottest striker in England right now?

Granted, his form is of such a level that an entire game-plan could be built around stifling the space he seems to find inside penalty area and he would still be even money to get his shots off. 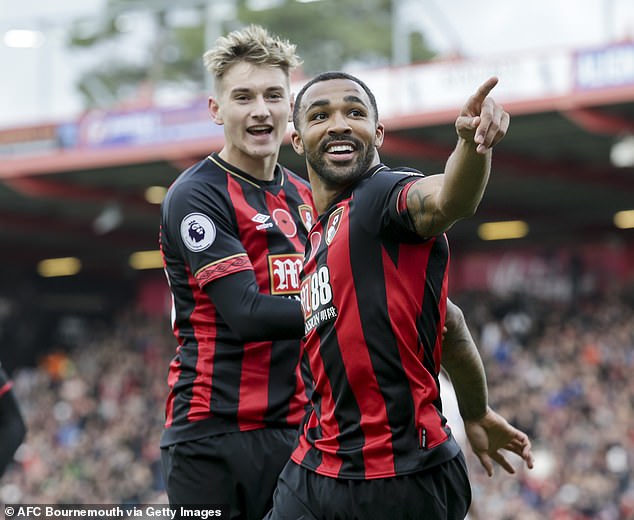 But to watch Wilson’s early goal here was to wonder if United saw him coming at all. It was a textbook demonstration of what he does so well, which is to lurk in the blind spots of a centre half, to hover until the time is right.

In this instance, around 11 minutes in, that meant drifting on a slow retreat to the edge of United’s area after a half-cleared corner, and once the next attack was sprung by a lovely throughball from Lewis Cook to Junior Stanislas, he plotted a sprint between Chris Smalling and Ashley Young.

Neither defender knew in that split-second who should pick up the runner and so, in a blink, Wilson was six yards from goal and with one touch United were behind.

It’s what Wilson does; it’s what United do. 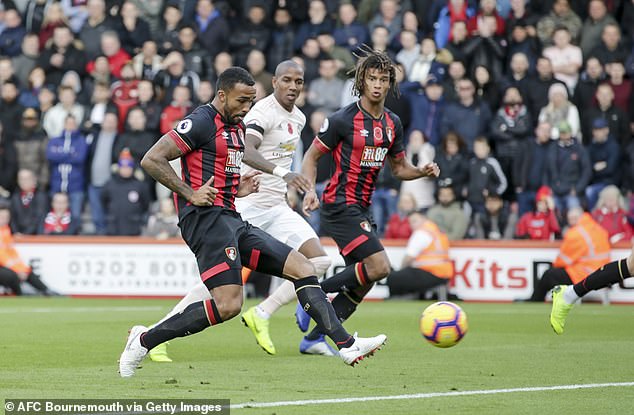 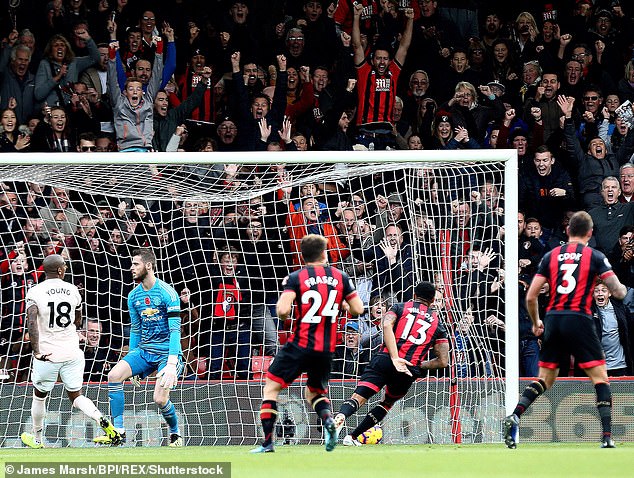 His tally now stands as six league goals for the campaign, seven if you broaden it out to the League Cup.

Significantly, three of them opened the scoring in games against West Ham, Fulham and United, and his strike in the Carabao Cup against Blackburn was the winner – he doesn’t add gloss to results, he lays the foundation.

For Wilson, a first England call-up at the age of 26 feels like an inevitability.

Southgate had staff watching him in this one and they will see a fuller picture beyond the goals, which on a surface level do him a disservice, given they have all come from inside the area this season.

That would offer a misleading representation of a poacher because quite aside from sharp finishing and well-timed runs – see how he got behind Victor Lindelof in the first time here – Wilson can play.

His four assists show that much and so does the dribble around Lindelof shortly after his goal.

There is certainly a trick to go with his obvious pace and it is for good reason that he is the only English player to be directly involved in 10 Premier League goals this season. 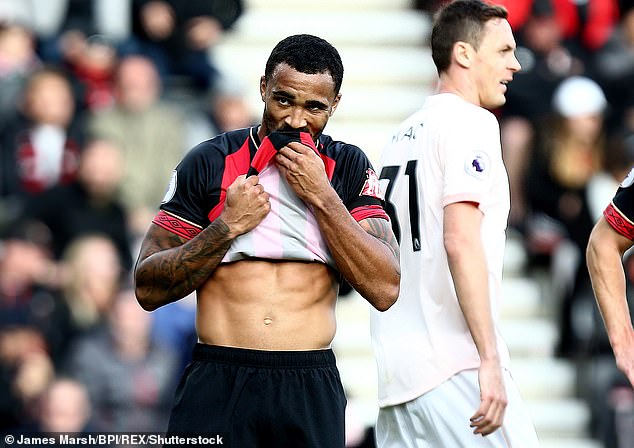 For Wilson, a first England call-up from Gareth Southgate at 26 feels like an inevitability

Now it feels right that Wilson gets his chance to show what he can do on the international stage.

Serious injuries to each of his knees have robbed him of that chance in the past three years, but with his body finally playing ball, it is exciting to wonder what he might be able to do next.

Howe praised his forward for another fine performance but insisted that it isn’t up to him whether he makes Southgate’s squad.

Howe said: ‘It is not a call for me to make. All I can say is he was unbelievable for us again. He was a real threat I the final third, a nuisance to Manchester United with his pace and strength. It was a really good performance from him.’ 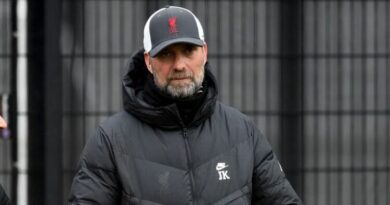