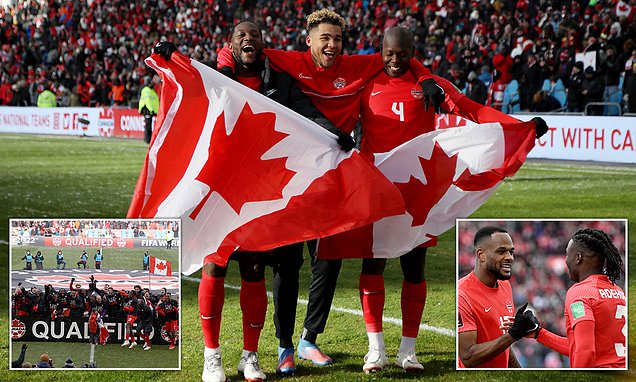 Canada thrash Jamaica 4-0 to qualify for their first World Cup in 36 YEARS, sparking wild celebrations in Toronto for Junior Hoilett and Co

Canada qualified for the World Cup finals for just the second time on Sunday, beating Jamaica 4-0 to book their ticket to Qatar and end 36 years of failure and heartache.

After failing to clinch a finals spot with a 1-0 away loss to Costa Rica on Thursday, Canada returned home with renewed purpose and a chance to complete the job in front of a frenzied, red-clad flag-waving sold-out crowd of nearly 30,000 at BMO Field.

There would be no blown second opportunity as Cyle Larin and Tajon Buchanan netted in the first half and Junior Hoilett added another after the break with Adrian Mariappa’s own goal rounding off the scoring. 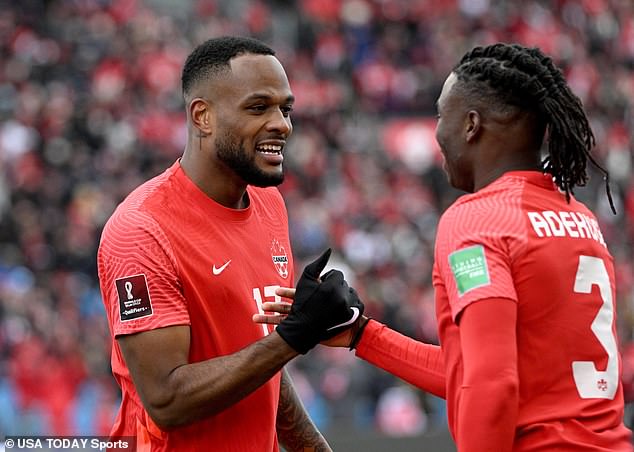 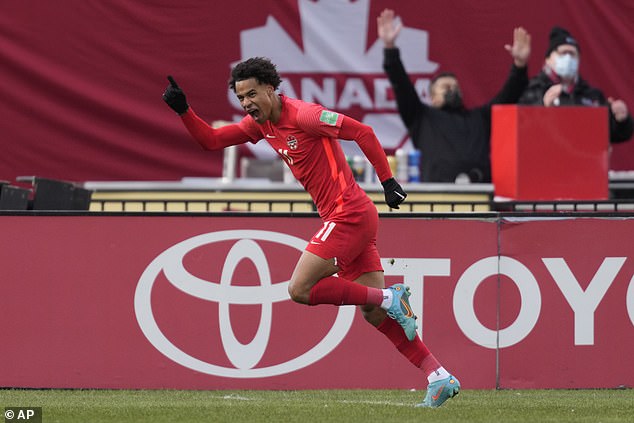 Canada will play at the World Cup for the first time since 1986 in Mexico, where they lost all three games and failed to score a goal.

With just one round of qualifying matches remaining, Canada sit top of the CONCACAF standings on 28 points, six clear of regional powerhouses the United States and Mexico, who play later on Sunday, looking to secure their own Qatar places.

The top three teams in the standings automatically earn spots in November’s World Cup with the fourth-placed finisher facing an Oceania team in an intercontinental playoff for another berth.

It was a warm welcome home on a biting cold afternoon, making it the classic Canadian stage to take on a Jamaican side anchored near the bottom of the eight-team group in seventh with one win and no hope of getting to Qatar. 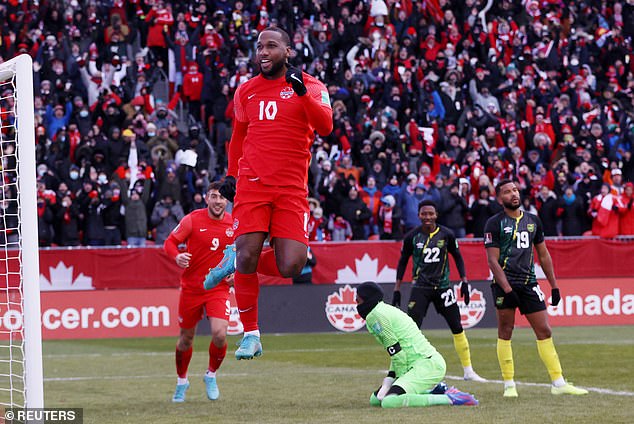 There was a time during their 36-year quest to return to a World Cup finals that playing at home was no different than away for Canada, with as many fans supporting the visitors as the home side.

But there were no split allegiances on Sunday in a lopsided contest that Canada dominated from start to finish.

Canada were on the attack right out of the gate and were rewarded in the 13th minute when Larin, Canada’s all-time leading scorer, slotted home after a superb through ball from Stephen Eustaquio. 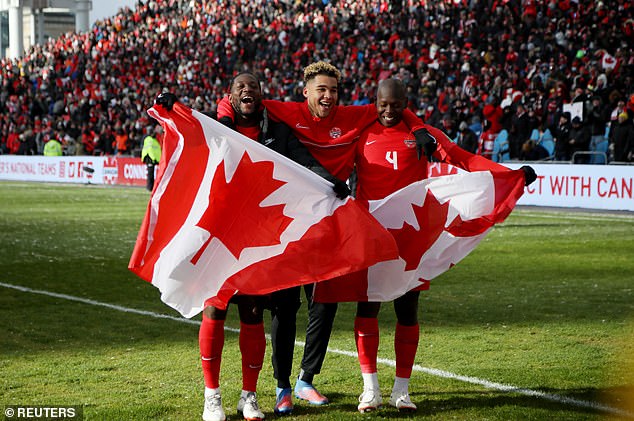 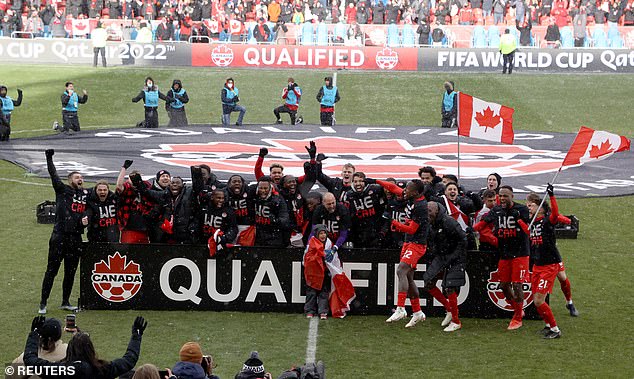 Buchanan netted another with just a minute left in the half as Jamaica went into the break lucky to be just 2-0 down.

Hoilett put Canada 3-0 up in the 82nd minute with Mariappa banging in an own goal six minutes later.

In other matches on Sunday the U.S. host Panama while Mexico are away to winless Honduras and El Salvador welcome Costa Rica. 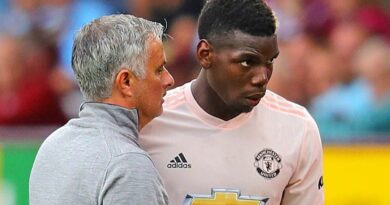 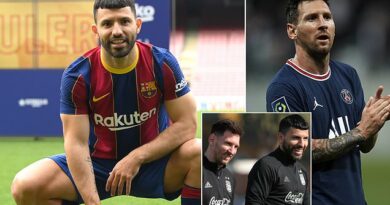