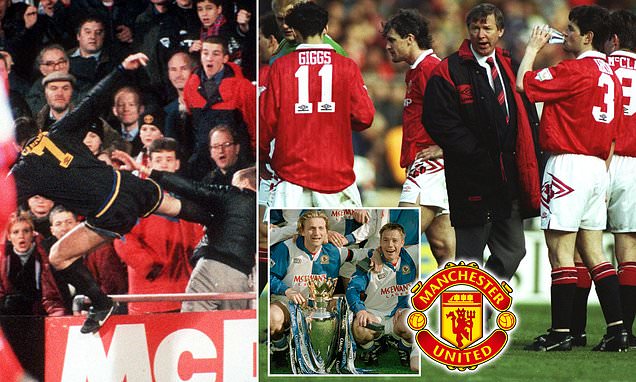 ‘It’s why we lost so it was my fault’: Eric Cantona ‘doesn’t regret’ his infamous kung-fu kick at a Crystal Palace fan 27 years ago but admits he feels ‘guilty’ his nine-month ban contributed to Manchester United losing the title

Eric Cantona has admitted that Manchester United would have won one more Premier League title had it not been for him.

The Old Trafford legend has revisited one of the most infamous nights of his controversial career and revealed his regret at letting Sir Alex Ferguson and his team-mates down.

Speaking about the night he leapt over an advertising hoarding at Selhurst Park to kung-fu kick Crystal Palace fan Matthew Simmons in January 1995, Cantona has stopped short of apologising for the incident but says he feels sorry that his subsequent nine-month ban from the game contributed towards United losing the title by a point to Blackburn. 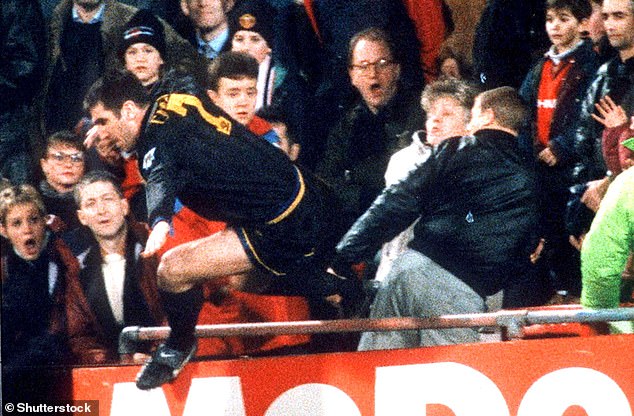 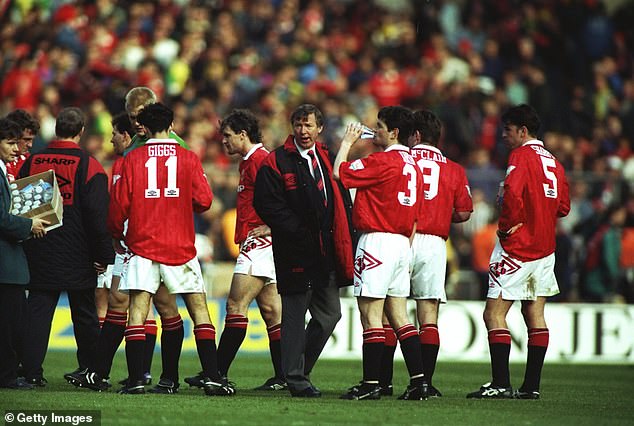 ‘I think when a player is missing you can play one game without that player,’ said Cantona.

‘But if you don’t play with one of with one of those players for a few weeks I think it can make the difference.

‘We didn’t win it because we are all used to playing together and one piece was missing. If it had been Schmeichel or Irwin, Paul Ince or Roy Keane, it would have been exactly the same.

‘It’s why we lost it so it was my fault. I don’t regret the thing I did. I feel guilty because we didn’t win the League.’

Cantona’s views on that night are revealed in a new book to commemorate 30 years of the Premier League.

The former French international, now 56, played for United between 1992 and 1997, when the competition as it is now was in its infancy. He is commonly accepted as one of the Premier League’s most influential figures 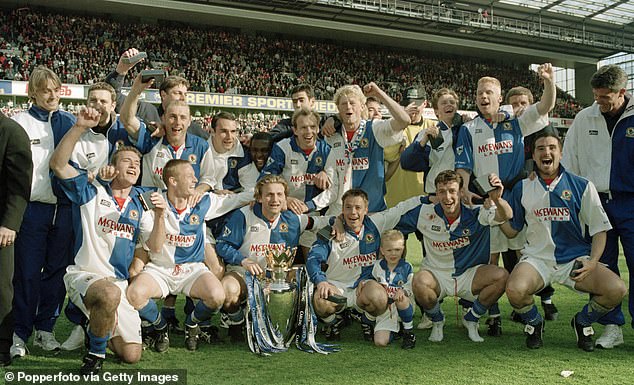 Talking more about that night in South London, Cantona revealed he almost felt a perverse kind of pleasure after what happened.

‘I remember the feeling in the dressing room after,’ Cantona tells the book, called Fever Pitch – The Rise of the Premier League.

‘It’s an experience and a wonderful experience. It’s great to have a situation like this, you know, to learn a lot of things. Learn about yourself, learn about others.

‘I am a kind of man who wants to live more, as much experience as possible. I want to put myself in a certain situation and live the experience. It was exciting to me, it was that or drugs.

‘I prefer to play in front of thousands of people. It gives me adrenaline.’

Cantona was signed by Ferguson after winning the last First Division title with Leeds in 1992. He went on to win four Premier Leagues and two FA Cups before retiring out of the blue and walking away from the game. 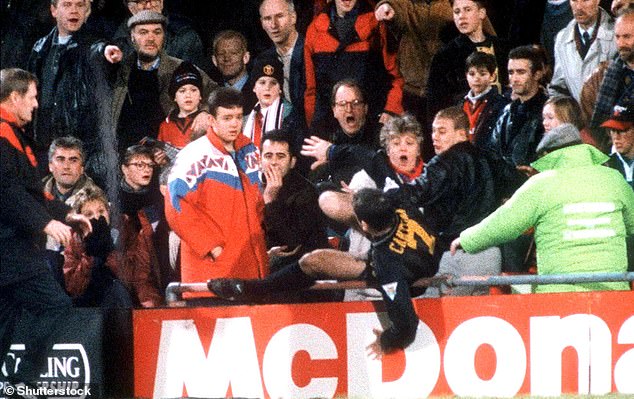 Having arrived in England already with a difficult reputation, Cantona credits Ferguson with saving his career.

Cantona says: ‘I don’t what he has, a great psychology.

‘A great manager, a great psychologist. Yes. But it was also like love.

‘I knew with him I could express myself and I didn’t want to know more.

‘I don’t want to know why I love my wife. Love is not intellectual, it’s instinctual. You just feel those things.

‘I didn’t know a lot about English football when I arrived. In my time we didn’t have a lot of games on TV. But in England I knew everybody wanted to play the game to win. In other countries they play not to lose.

‘England was special and it was more than football. It was like the players were rock stars, you know. 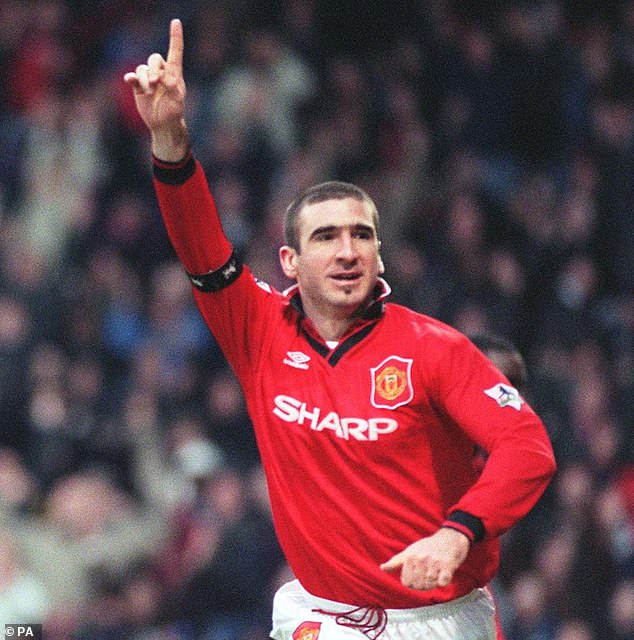 ‘England is special in football, it’s special in music. It’s special in a lot of things. They could accept someone who is a bit different. He can be accepted and loved also.

‘I came from France where they expected us all to be the same. You know, like thousands of sheep on the land.

‘I am not talking about skin colour but if you are the one black sheep, they don’t give you a chance to express yourself. They want to manipulate you.

‘I was able to express myself in England.

‘It’s what I searched for my whole life before I arrived in England and in England the people helped me express myself.’

Cantona walked away from football in 1997 at the age of 30 and refused all attempts to lure him back in to the mainstream game.

He tells the book: ‘I am afraid about one thing – the emptiness. I hate emptiness.

‘When I lost the passion, lost the fire in me, I just retired. I tried to light it again but I knew it was the end.

*FEVER PITCH:THE RISE OF THE PREMIER LEAGUE by Paul McCarthy also features an exclusive interview with David Beckham is published by Sphere/Little, Brown Books and is out on 29 September. 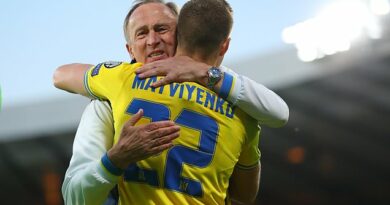 Ukraine boss Petrakov proud of his players after victory over Scotland 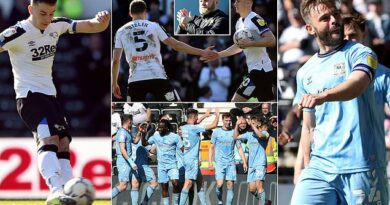