Reid is such a big Liverpool fan that he tries to watch Jurgen Klopp’s side when he is not playing himself. 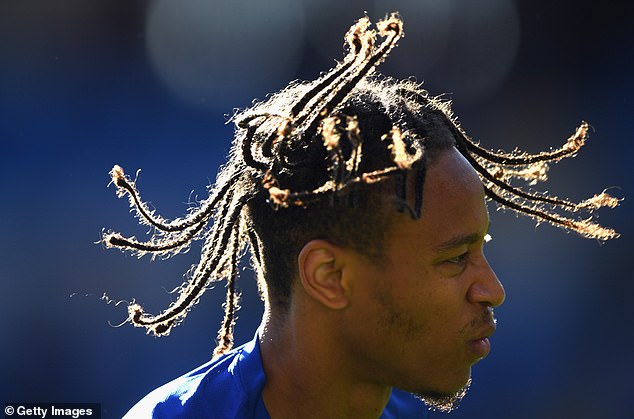 And Reid will be up close and personal with his heroes on Saturday as he plays at Anfield for the first time.

‘I can’t wait,’ said Reid. ‘It will be so nice for my family to see me out there.

‘My older brothers are Liverpool fans and it’s just something that’s gone through the generations.

‘I love football and love watching games – and the PSG one was some game.

‘I got a ticket late for that one, and it was worth it.

‘But I’ve got a job to do on Saturday and I have to be as professional as I can.

‘I’ll be enjoying it, but at the same time I’ll be looking to do a job there.’

Reid was born in the west country and made nearly 160 appearances for hometown club Bristol City.

But he grew up idolising Liverpool pair Michael Owen and Steven Gerrard.

‘And Owen was someone I always looked at, like any kid you want to be a striker and score goals.

‘He was electric and exciting and scored goals. I looked at him and thought ‘I want to be like that’.

‘Obviously times move on, and now I’ve got to be my own player and show what I can do.’ 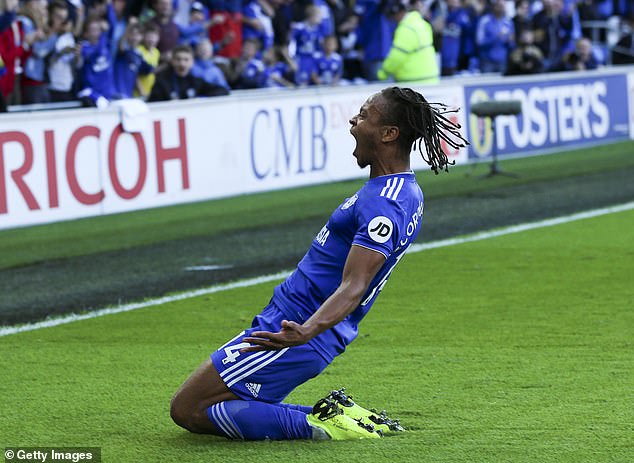 The Reds fan said: ‘I’ve got a job to do on Saturday and I have to be as professional as I can’

Reid scored 21 goals for Bristol City last season to earn a £10million move in to the Premier League at Cardiff.

He scored his first Cardiff goal last weekend as the Bluebirds beat Fulham 4-2 to claim a first league win and climb out of the relegation zone.

But Cardiff will be massive underdogs against a Liverpool side who remain unbeaten in the league and trail leaders Manchester City only on goal difference.

‘The Fulham win has taken a little bit of pressure off us going to Liverpool,’ Reid said.

‘The pressure will be on them to get the three points, so we can go out there and enjoy it.

‘If we can maybe get a point there, or a good performance, then we can take it in to the games after that and have a good go.

‘We’ve got two home games after that (against Leicester and Brighton), and I see us as being in with a good shout of picking up some points there.’