‘We have this desire to reach Europe next year’: Carlo Ancelotti admits he is under pressure to succeed at Everton following £60m spending spree on team of ‘winners’

Carlo Ancelotti has accepted he is under pressure to bring success to Everton following his £60million summer spending spree.

Everton begin the season on Sunday at the stadium where Ancelotti truly realised how much work he needed to do to reshape the club’s fortunes, as a lifeless 1-0 defeat by Tottenham in July left the Italian questioning his squad’s mentality.

The addition of James Rodriguez, the Colombia superstar with whom Ancelotti has worked at Real Madrid and Bayern Munich, plus the arrivals of Brazil midfielder Allan and Abdoulaye Doucoure, did not come cheap but they were his prime targets for the window. 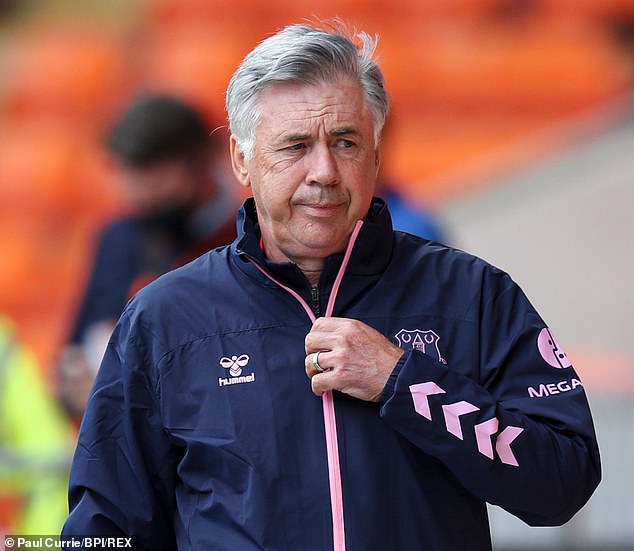 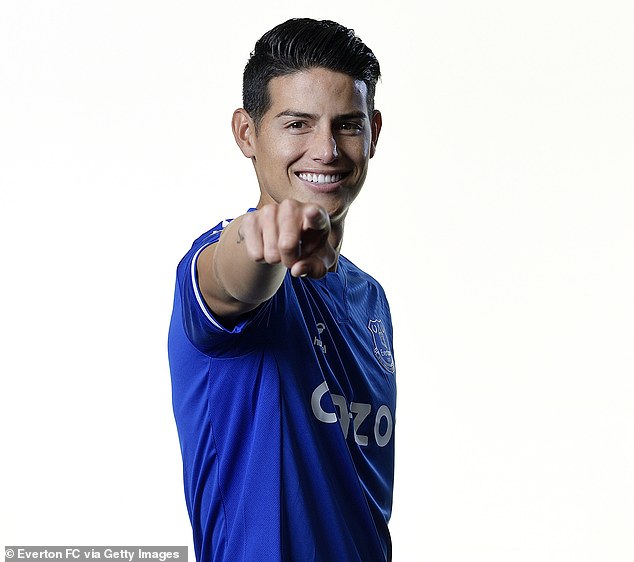 There has been largesse that has not worked out during the past four years under major shareholder Farhad Moshiri, and Ancelotti walked into a club last December that was in desperate need of a shake-up.

Ancelotti still has much work to do to make Everton serious candidates to fight for the top four but that is where he is aiming. Moshiri has not been patient with managers when signings have failed to work out but the former Chelsea boss is not flustered.

‘I have to be honest – the squad is good and we reached the targets we had,’ said Ancelotti, who will look to complete his business with a couple of loan deals. ‘It puts us under more pressure and that is also fair. 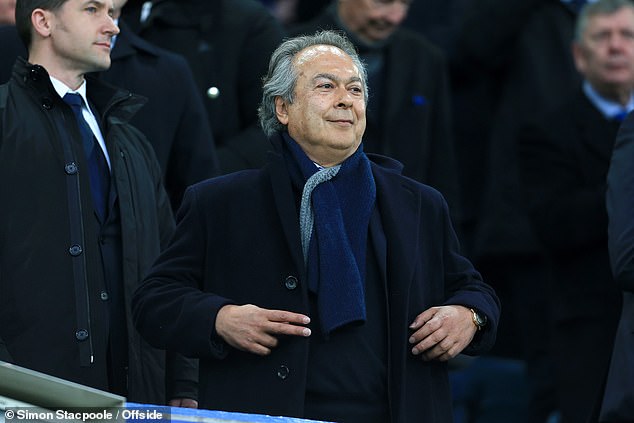 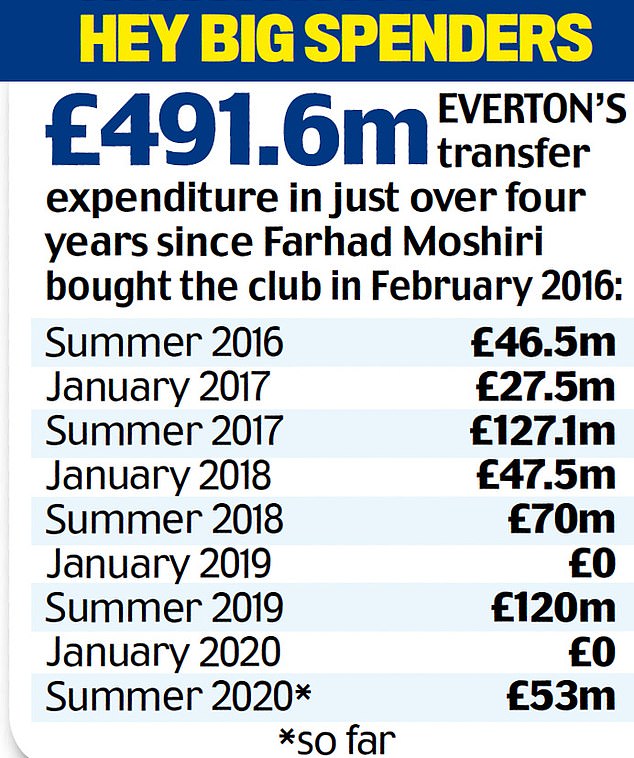 But Ancelotti must do more than just change players; he needs to change the club’s mentality. Everton have not won an away game at a top-six club since December 2013, a run of 40 matches in which there have been 28 losses.

Everton, who on Friday hired recently retired defender Leighton Baines as a coach, have big ambitions and want to be in their new riverfront stadium in 2024.

The challenge this year is to show they can be taken seriously again and Ancelotti believes that adding Rodriguez from Madrid, Allan from Napoli and Doucoure from Watford will be crucial to making significant steps forward. He is not looking to make excuses. 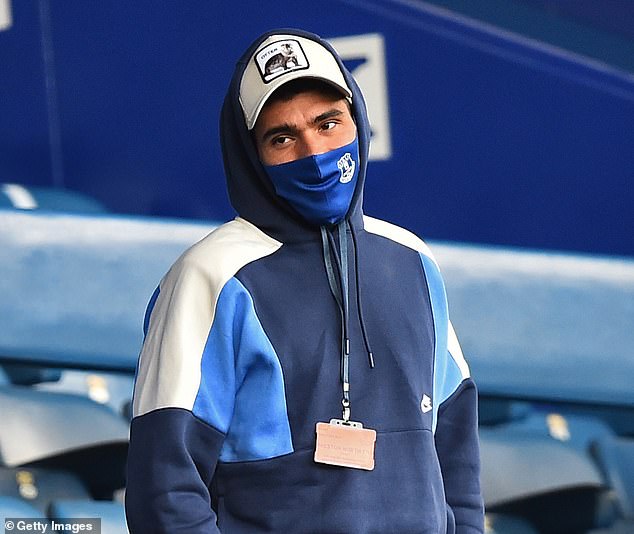 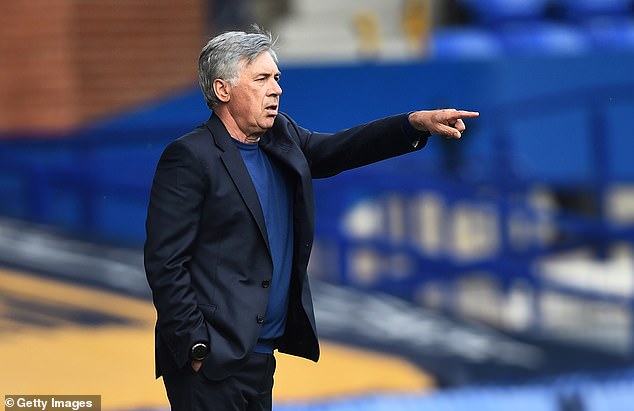 ‘We would like to be competitive in all the competitions and with these players the squad has improved,’ said Ancelotti, who will be without Mason Holgate for the next couple of weeks due to a toe problem. ‘The players who arrived understand that we have a project with ambition for the future.

‘They want to show their quality for the team and the club. We have this desire to reach Europe next year — and I think we can.’

Rodriguez, for his part, has faith in Ancelotti’s vision. He said: ‘I didn’t have any reservations coming here. I look around me and see winners and I am really positive about the task ahead.’ 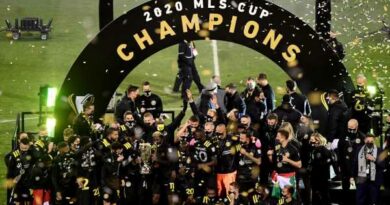 MLS is all grown up, on the verge of its very own work stoppage