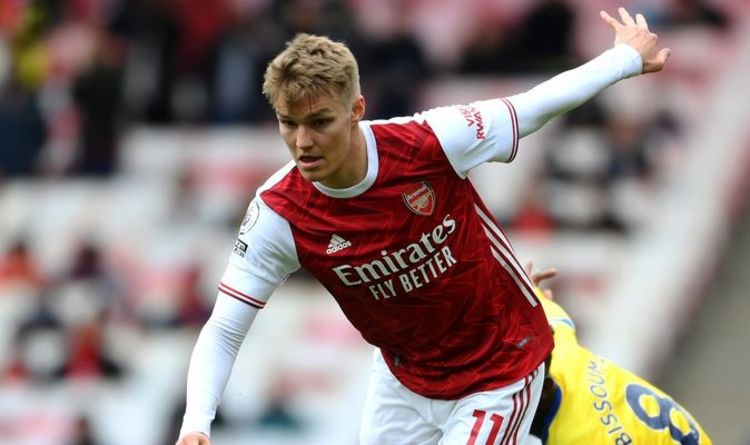 Real Madrid are rumoured to be targeting former manager Carlo Ancelotti as Zinedine Zidane’s replacement, and his return to the Bernabeu could have repercussions for Arsenal’s hopes of signing Martin Odegaard.

Zidane opted to leave the club last month after missing out in their La Liga title defence.

Los Blancos are set to make a quick decision on who to bring in as his successor with early links with Antonio Conte and Mauricio Pochettino.

However, Conte appears to have dropped down the pecking order for club president Florentino Perez, with Pochettino looking increasingly likely to stay with Paris Saint-Germain or return to Tottenham.

That has left the door open for a new option to emerge and Perez is aiming for an experienced hand to steady the club this summer.

Ancelotti is rumoured to be keen on a return to the Spanish capital after a frustrating end to the Premier League season with Everton as they missed out on European qualification.

JUST IN: Arsenal to complete signing of Andre Onana ‘imminently’ in bargain transfer 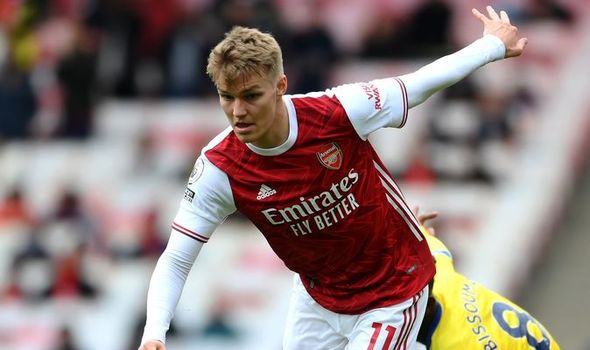 Despite having two years left on his deal at Goodison Park, reports from a string of Spanish sources have claimed an exit package is already in place with the Merseysiders.

Ancelotti enjoyed a solid two seasons in charge of Real Madrid between 2013 and 2015 as he won their first Champions League title since 2002.

If Ancelotti does return to Madrid, attention is likely to quickly turn to which Los Blancos superstars could be on the way out, and the Italian has previously dropped a hint over his view on Norwegian midfielder Odegaard.

Odegaard is set to return to Madrid this summer, following a six-month spell on loan at Arsenal, but Gunners boss Mikel Arteta is keen to bring him back on a permanent deal.

Under Zidane’s leadership that looked uncertain, however, Ancelotti’s position on the 22-year-old will give Arteta a confidence boost. 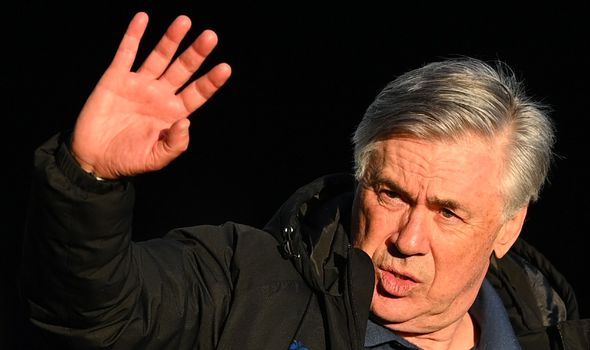 “When Florentino buys a Norwegian footballer, you simply have to accept it,” he writes in his book Quiet Leadership, as per Sky Sports.

“Furthermore, the president decided that he would play three games with the first team as a public relations exercise.

“He could be the best player in the world, but I don’t care because he was not a player who I asked for.”

Odegaard joined Real Madrid in January 2015, six months prior to Ancelotti’s departure from the club at the end of the season.

But despite his stance on Odegaard as a teenage arrival, it was the Italian who handed him a La Liga debut in the final game of 2014/15.

Zidane’s arrival as Ancelotti’s successor did not change Odegaard’s first team role despite playing a key role for Zidane in the club’s Castilla side.

From there on he played abit part role at the club, with two loan spells in the Neterlands, and one season with Real Sociedad, before his 2021 move to Arsenal.

Ancelotti’s stance could accelerate Arsenal’s interest in Odegaard with Perez reportedly willing to do a deal in the region of £25million if Odegaard agrees to leave.

‘Bonucci’s reaction is as violent as the monkey chants’ – Thuram