Edinson Cavani could be set for his Manchester United start as Ole Gunnar Solskjaer faces up to a potential injury crisis up front.

Solskjaer could be without Marcus Rashford, Anthony Martial and Mason Greenwood when the Red Devils return to Premier League action against West Brom on Saturday.

Martial became the latest of United's forwards to give the manager a headache when he missed a France training session on Monday due to a back complaint.

The 24-year-old sat out his country's 4-2 Nations League win over Sweden on Tuesday, having played against both Portugal and Finland over the previous week.

Rashford suffered a shoulder injury during the Red Devils' 3-1 win over Everton just before the international break, and had to withdraw from England duty.

Greenwood did not join up with Gareth Southgate's squad or the under-21s after United asked for him to be rested following a series of minor niggles and personal issues recently.

The 19-year-old was left out of Solskjaer's squad for the win over Everton, although he did play in his side's shock Champions League defeat to Istanbul Basaksehir three days prior to that.

There is hope that Martial, Rashford and Greenwood could all be fit to face Slaven Bilic's Baggies at Old Trafford on Saturday.

But the mounting injury list could present manager Solskjaer with the perfect opportunity to give Cavani following his goalscoring cameo role against Everton.

The Uruguay international has made three appearances in the Premier League and two in the Champions League since his deadline day move to United – each time coming on as a substitute.

He scored his first goal for the Red Devils after replacing Martial at Goodison Park, benefiting from selfless play by Bruno Fernandes, the midfielder squaring to Cavani when he was on for a hat-trick himself.

That was the 33-year-old's 342nd goal in 541 club games during an incredible career playing for Paris-Saint Germain, Napoli and Palermo.

And it may just have earned him first United start as Solskjaer grapples with selection issues ahead of the weekend.

Meanwhile, United could have Alex Telles available for Saturday following another coronavirus scare.

Telles has played just once for United since his deadline-day move, having missed the last five games after contracting coronavirus.

Reports from Brazil over the weekend claimed he had tested positive again – but he was cleared for action in his country's World Cup qualifying win over Uruguay on Tuesday.

The news is a boost to Solskjaer with regular left-back Luke Shaw likely to be out until mid-December with a thigh injury suffered at Everton. 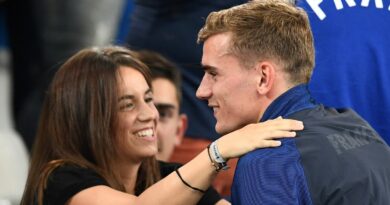