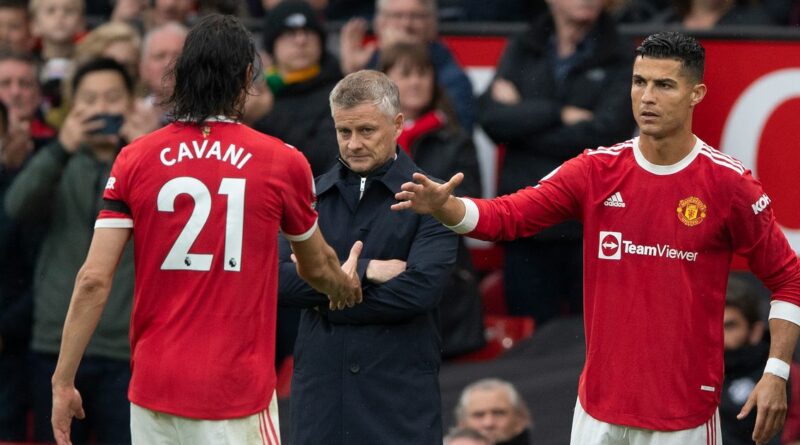 Centre forward Edinson Cavani has been urged to force a move away from Manchester United now that he has fallen down the pecking order due to the arrival of Cristiano Ronaldo.

The striker made 26 appearances for the Red Devils last season and scored 10 goals, however, he has featured just three times in the new campaign.

Cavani looked as though he would be the team’s main forward heading into the 2021/22 season until reports revealed that Ronaldo wanted to leave Juventus.

The opportunity was one too good for manager Ole Gunnar Solskjaer to pass up on and soon the Portuguese forward was sat at Old Trafford putting pen to paper.

Ronaldo has hit the ground running back in the Premier League, scoring three times in four appearances and looking capable of leading a strong title charge by United.

As a result, the chances of Cavani playing a major role this season are bleak, and former Brighton and Sunderland manager Gus Poyet has called for him to consider leaving the Theatre of Dreams as soon as January.

The fellow Uruguayan told talkSPORT, via the Metro: “He was unlucky because without Ronaldo coming in, he was playing as the main striker,

Should Edinson Cavani leave Manchester United in January? Have your say in the comments below.

“The decision of Juventus, Man City getting involved, incredibly went against one person especially – and that was Cavani.

“Maybe he should move in January.”

Cavani, 34, is contracted at United until the end of the season and may be tempted to bide his time and wait until that point. But that could mean that he is sacrificing a starting spot with his national team.

Usually one of Uruguay’s most important players, the former Napoli forward didn’t start either of their games against Colombia and Argentina over the international break. Instead, he came off of the bench at halftime on both occasions.

“From the outside, I don’t know him, but if I was him, seeing how things are now, and seeing him not getting to 90 minutes for the national team because he’s not playing – maybe.”

It remains to be seen whether Cavani decides to take the advice of the former Chelsea player, and if so, who is willing to take him on considering he is on a fair contract and is coming to the end of his career.