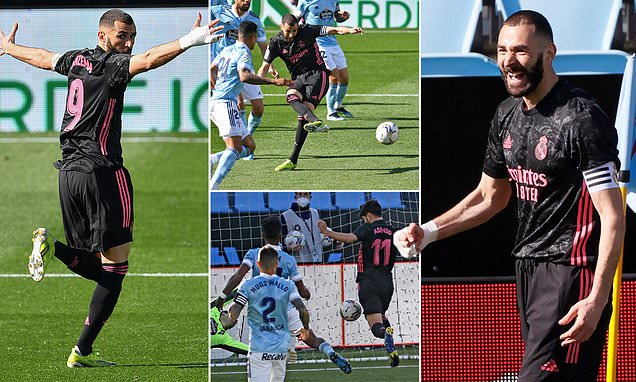 Karim Benzema is not making this title race easy for leaders Atletico Madrid.

He scored the late equalizer in the Madrid derby two weeks ago, and he scored twice again here to move his team to within three points of their city rivals who play tomorrow.

Benzema now has 17 goals in La Liga and is finishing the season as strong as any striker. 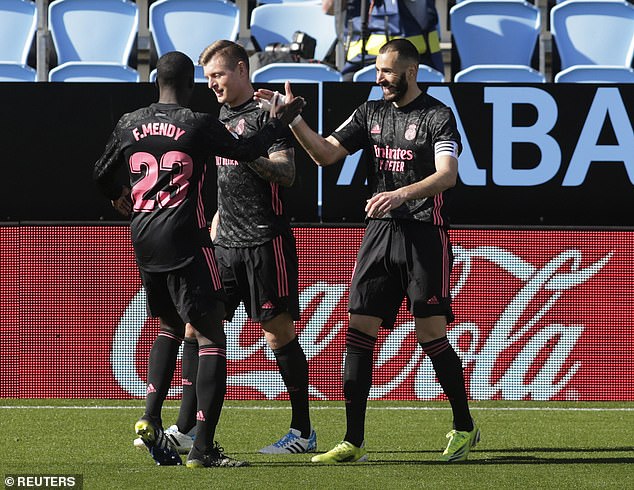 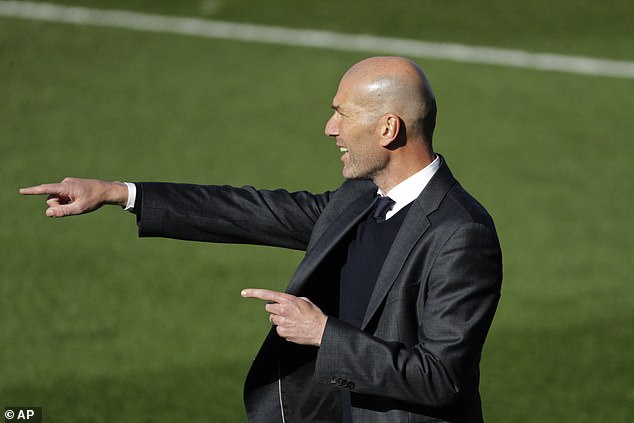 He teed Madrid up for this victory. They were left hanging on at the end but held out for a win that sends them second and keeps them firmly in the title race.

Sergio Ramos was out with a bruised shin but the absence of the captain aside it was the Madrid XI that is likely to line-up against Liverpool in the Champions League with Fede Valverde in midfield alongside Zindine Zidane’s holy trinity of Casemiro, Toni Kroos and Luka Modric, and Vinicius upfront alongside Benzema.

In gusty conditions Madrid started brightly with a ferocious press and Vinicius robbed the ball from keeper Ivan Villar only to then fail to find Benzema with his cross.

Benzema was found on 20 minutes and it was the moment Real Madrid took the lead. Toni Kroos played the ball to him through a forest of defenders’ legs and in a flash Benzema slipped it into the far corner as effortlessly as his coach Zidane slips his hands in his pocket on the touchline. 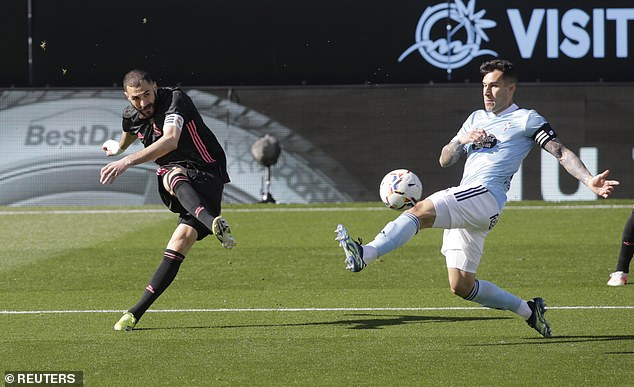 It was goal number 22 of the season for Benzema in just 32 games in all competitions. Again he had shown his precision finishing and his intelligent positioning stepping back onside just as Kroos delivered the pass.

Vinicius might have made it 2-0 but Benzema’s cross came at him at chest height and he couldn’t stoop to head it home in time.

This pressing worked again on the half hour and again it lead to Kroos teeing up Benzema. The German robbed Renato Tapia in possession and from the loose ball Benzema rattled another one pass Villar – 2-0 and 23 goals in all competitions. That also made it eight goals in six games for him. 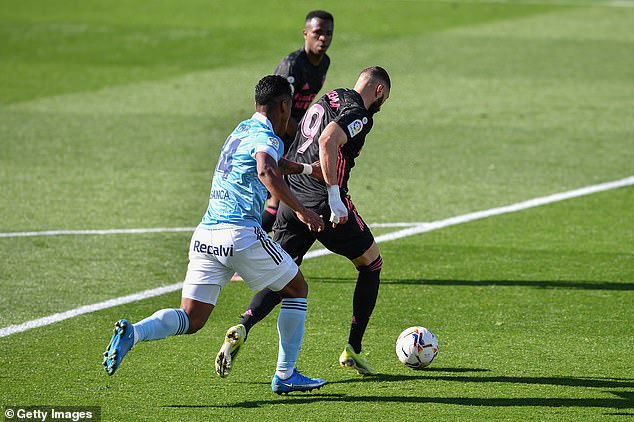 Celta stayed in the game despite Real Madrid’s dominance and they had narrowed the margin just before half time. Denis Suarez floated a free-kick into the area and Santi Mina guided his header past Thibaut Courtois.

That put a spring back in Celta’s step and in the second half Courtois had to get down well to save Iago Aspas’ s shot from the edge of the area.

Real Madrid were still dangerous and Vinicius raced to the byline but then failed to find the unmarked Lucas Vazquez in the area. 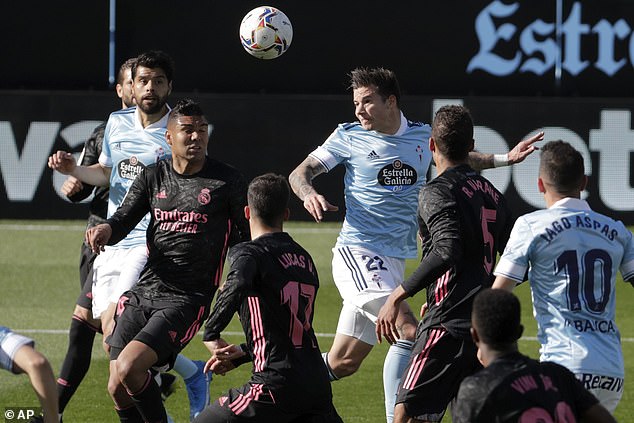 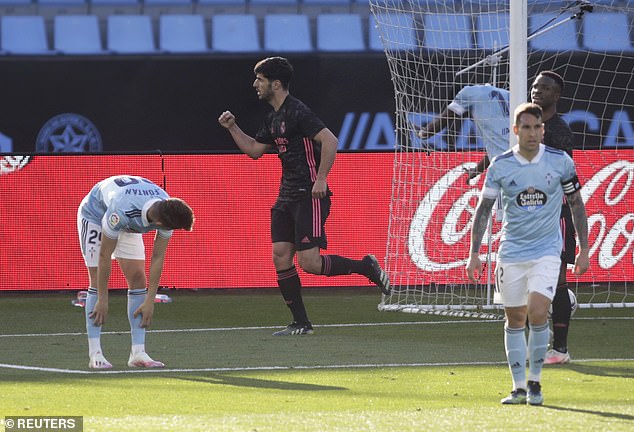 Benzema then nearly completed his hat-trick after robbing the ball inside the area. He curled his shot towards the far corner but this time Villar made the save.

Modric was then harshly penalized on the edge of his own area when he slid-in to clear and took out Tapia with his follow-through. It did not look a foul and the free-kick was in a dangerous area. Aspas struck it well but it came back off of Courtois’ right post.

Benzema crossed for substitute Marco Asensio to make it 3-1 with the last move of the game on 94 minutes. Madrid deserved their win and with Benzema unplayable it’s no wonder they are still alive and kicking both home and abroad.