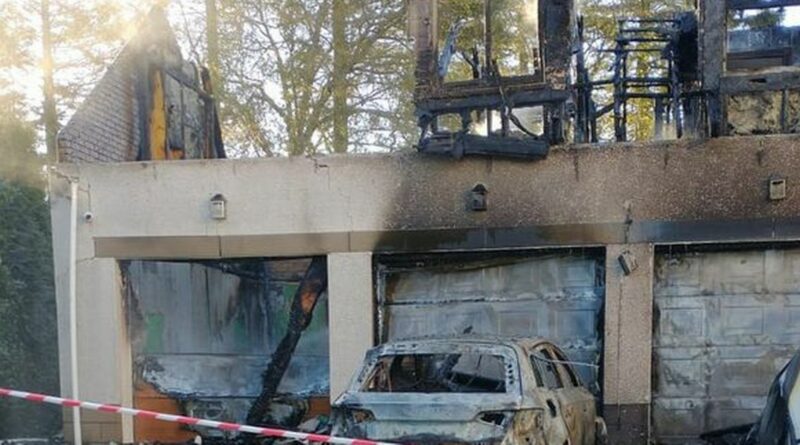 Devastating pictures have shown the damage done to the home of Celtic chief executive Peter Lawwell following a fire overnight.

Thugs are believed to have thrown a petrol bomb or similar at Lawwell's car with an explosion setting the house alight.

Lawwell, who will retire next month, was at the property at the time with his family when the attack happened.

And photos show the extensive damage seemingly to the garage, including a completely burnt out roof.

The Daily Record report that Lawwell's daughter and four-month-old granddaughter were inside accommodation above the garage when the blaze broke.

It's claimed that the two have been living in a bubble with her Celtic chief dad during the Covid pandemic.

It is understood they were both removed from safety though Celtic have said the family are "extremely shaken" following the incident.

A Scottish Fire and Rescue Service spokesperson said: “We were alerted at 1.02am on Wednesday, May 19 to reports of a car on fire outside a dwelling on Peel Road, Thorntonhall, Glasgow.

“Operations Control mobilised eight appliances to the scene to extinguish the fire, which was affecting a number of cars as well as the detached two-storey property.

“There are no reported casualties. Crews remain in attendance.”

A Police Scotland spokesperson added: "Around 1am on Wednesday, 19th May officers were called to a report of vehicles on fire outside a house.

"No one was injured and officers are currently working with the Scottish Fire and Rescue Service to establish the cause of the fire."

Football: Mid-May a possibility for lower-tier English clubs to return to training