Celtic failed in their attempts to land West Ham midfielder Conor Coventry before he signed a new deal with the club.

The Republic of Ireland Under-21 international put pen to paper on a new three-and-a-half year Hammers deal on Friday.

Coventry, whose contract was due to expire in the summer, was being targeted by several other clubs.

Talks with the player had been going on since the start of the season and West Ham had grown concerned they would lose the midfielder.

The 19-year-old has made two substitute appearances for West Ham in the League Cup and been included on the bench for a handful of Premier League games.

The teenager, who has been at his club since he was 10, displayed his potential when he was named man of the match in Ireland Under 21’s 0-0 draw against Italy last October.

According to Football Insider , Scottish champions Celtic tried to entice him to Parkhead before he was able to sign a new contract.

The Scottish giants offered a deal to the central midfielder that would have seen him make a permanent move north of the border in the summer when his deal expired.

While Coventry was attracted to the possibility of joining such a historic club but wanted to make his name with the Hammers, the report adds.

He has made it clear he wants to establish himself in the West Ham first team rather than try his luck elsewhere.

The Hoops are on the lookout for other ways to strengthen their team as they chase an historic ninth successive Scottish Premiership title this season.

But bitter Old Firm rivals Rangers are hot on their heels under the Steven Gerrard this season.

Indeed, a win for the Gers at Parkhead over the festive period means Gerrard’s men will go above Celtic if they win their game in hand.

Amazingly, Celtic still have a chance to win a fourth successive domestic treble this season.

But this year they are being chased by the strongest Rangers team in over a decade. 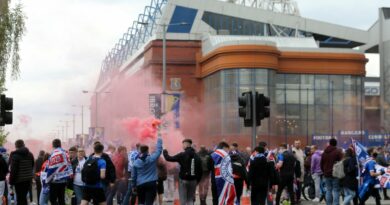