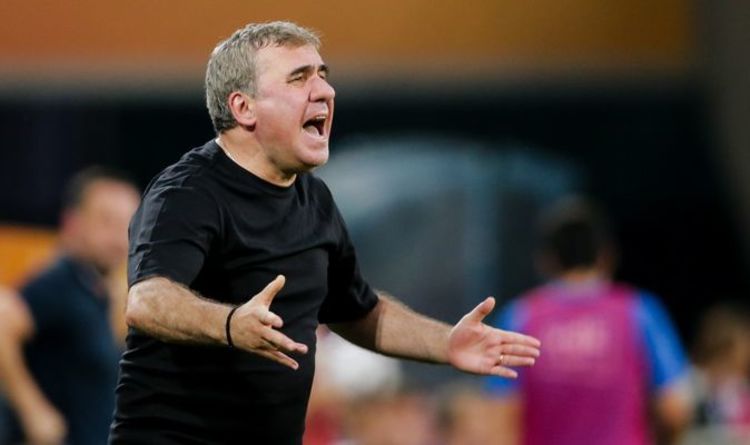 Footballing icon Gheorghe Hagi has released a statement denying he is in talks with Celtic after reports he was set to replace Neil Lennon as manager. The Bhoys currently find themselves 19 points behind Rangers in the Scottish Premiership table after a 1-0 defeat to their fierce city rivals on Saturday.

Celtic have three games in hand on the league leaders but their dreams of securing a historic ten titles in a row seem to be fading fast.

Hagi was considered to be one of the best players of his generation during the 1980s and 1990s, appearing for both Real Madrid and Barcelona.

Reports on Sunday from Romanian publication Playsport claim Hagi had already started negotiations with Celtic over becoming their new manager, with talks beginning at the back end of 2020.

This would have set up the interesting prospect of Hagi coming up against his son Ianis Hagi in future Old Firm derbies, with the 22-year-old currently at Rangers. 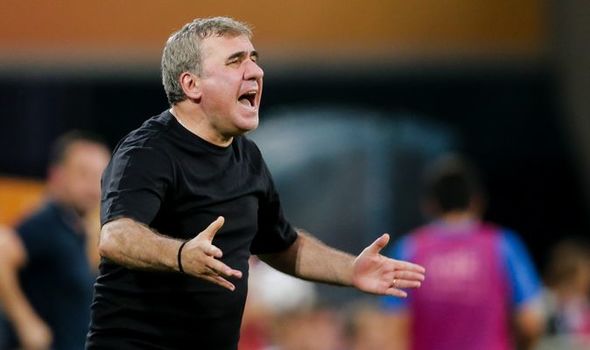 Playsport initially described the 55-year-old taking over at Celtic Park as ‘plausible’ but through the night they have provided a further update.

The website stated: “Gica Hagi has issued a short press release denying the negotiations with the Scottish team Glasgow Celtic. The Romanian coach claims that there are no discussions with the team from Celtic Park.”

Hagi is a Romanian footballing legend, having appeared for his country 124 times and scoring 35 goals.

He became a global star in the late 1980s and early 1990s after impressive showings in consecutive World Cups. 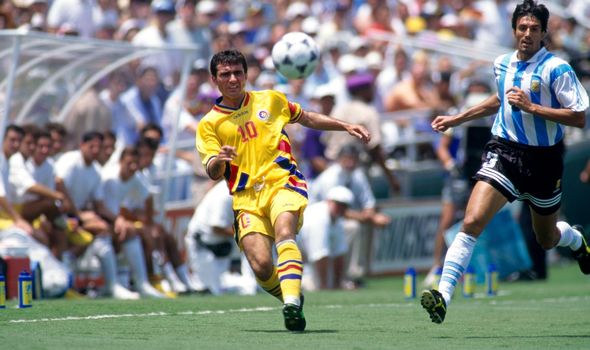 Hagi was already a hero in Romania when he attended Italia 90 but his performances on football’s biggest stage saw him secure a move to Real Madrid.

The attacking midfielder struggled to recreate his best form at the European giants and after two years moved to Brescia in Italy.

After relegation in his first season, he helped guide the club back into Serie A and with further impressive showings at a World Cup in 1994 – when he helped his country to the quarter-finals with victory over Argentina – he earned another big move to Barcelona.

He once again struggled to produce his best performances in La Liga and moved to Galatasaray in 1996, going on to become a club legend. 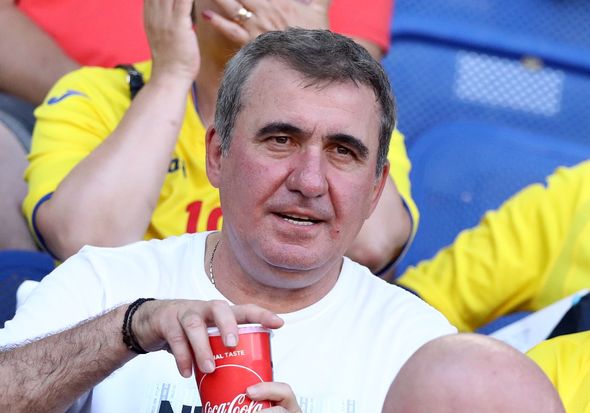 His managerial career has been less memorable, however.

After a brief spell in charge of Romania, he took over at Bursaspor and his beloved Galatasaray in Turkey, where his only major honour was the 2004/05 Turkish Cup title.

In 2009 he founded Viitorul and remains their owner today.

As manager of the club, he guided them to their first Romanian title in 2017 and the Romanian Cup as well as the domestic Super Cup in 2019.

But he stood down as manager last summer and was replaced by another Romanian legend, former Tottenham and Barcelona midfielder Gheorghe Popescu.