Celtic’s quest to reach the knockout stages of the Europa League is in their own hands following a 1-0 win over Rosenborg in Trondheim.

The Hoops commanded the first half at the Lerkendal Stadium but did not take the lead until the 42nd minute when forward Scott Sinclair headed in a cross from winger James Forrest.

There was little excitement after the break with Brendan Rodgers’ side less convincing yet they managed the club’s first away victory in the group stages of the competition.

Celtic moved on to nine points and a draw in their final Group B fixture against Salzburg, who qualified with a 1-0 win over RB Leipzig, at Parkhead next month would be enough for the Scottish champions to secure European football after Christmas.

Before what is sure to be a big European night in Glasgow on December 13, Celtic play Aberdeen in the Betfred Cup final at Hampden Park on Sunday.

The Hoops are looking to clinch the first part of what they hope will be a domestic treble-treble and, on current form, it will take a mighty Dons effort to upset the odds.

With the Norwegian Cup final against Stromsgodset on Sunday to look forward to and his side effectively out of the Europa League after four defeats, Rosenborg boss Rini Coolen was aiming to be “smart” with regards the use of his squad.

But he started with arguably his strongest side, including former Arsenal striker Nicklas Bendtner.

Many home fans had stayed at home with the 21,000-plus capacity stadium far from full as Sinclair asked the first question in the third minute with a right-footed drive from the edge of the box which Rosenborg keeper Andre Hansen saved comfortably.

The composed and confident visitors, in their luminous lime green kit, slowly built momentum and in the eighth minute Rogic, fitting seamlessly back into the side, fired a left-footed drive over the bar.

Ryan Christie’s deflected shot from 20 yards in the 17th minute earned Celtic their first corner from which the Hoops kept up the pressure with Rogic’s shot blocked by defender Tore Reginiussen.

The Parkhead side kept knocking on the door.

In the midst of Celtic’s control, however, Rosenborg wideman Yann-Erik De Lanlay forced himself past Sinclair and Kieran Tierney but his delivery across Craig Gordon’s six-yard box found no takers.

But Celtic got the goal their dominance deserved three minutes from the break when Forrest picked Sinclair out with a delightful cross to the back post, leaving the Englishman to head in from three yards out.

The home side looked more lively at the start of the second half, with Celtic centre-back Filip Benkovic cutting out a dangerous Birger Meling cross, a reminder that there was still work to be done.

Celtic continued to find their way to the edge of the Rosenborg penalty area but all too often the final pass was delayed or wayward.

In the 66th minute Leigh Griffiths, who had scored on his return as a substitute at Hamilton on Saturday after a six-week absence through injury and illness, replaced Edouard with right-back Cristian Gamboa taking over from Mikael Lustig.

Coolen’s side began taking risks in their bid to draw level and in the 75th minute attacker Samuel Adegbenro headed a cross from Vegar Hedenstad just a foot over the bar to jangle Celtic nerves.

Brown replaced Forrest for the fraught final stages and what at one stage looked like a comfortable night for the Glasgow side became a grind until the final whistle, with the Hoops left with a showdown against Salzburg, who have maximum points from five matches.

Who is your sportstar of the year?

Vote in the Irish Independent Sport Star Awards and you could win the ultimate sports prize.

Prizes include, a trip to Old Trafford to watch Man United take on Liverpool in the Premier League, tickets to Ireland’s home games in the Six Nations, All Ireland football and hurling final tickets and much more. 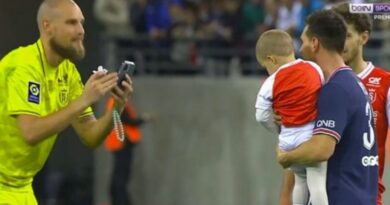