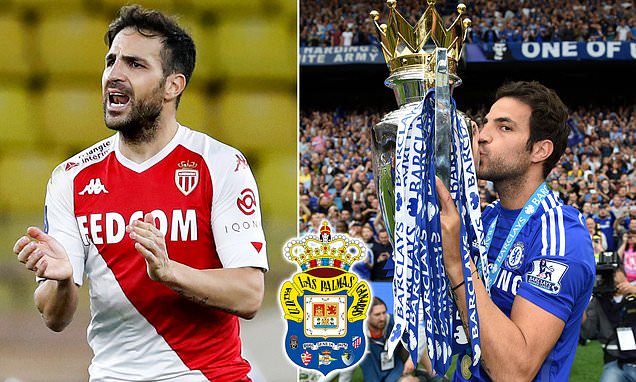 Las Palmas are considering a shock move for Cesc Fabregas following his release from French side Monaco.

The midfielder has been a free agent since his departure from the Monegasques last month and is reportedly in talks to join the second-tier Spanish outfit.

The Yellows finished fourth in the Segunda Division last term and president Miguel Angel Ramirez has discussed a potential deal for Fabregas. 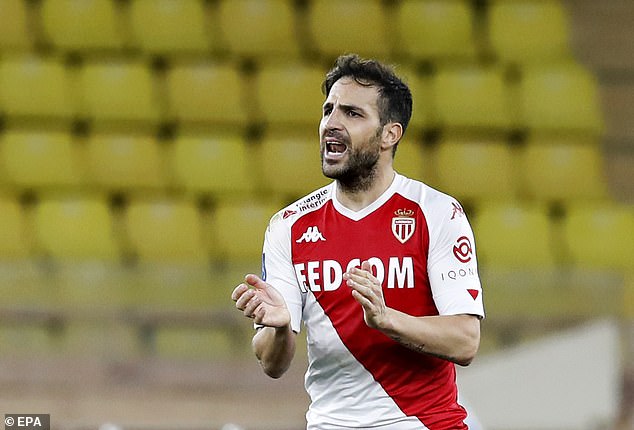 Speaking to broadcaster Onda Cero, he said: ‘The chances of Cesc joining us are 40 per cent. He has behaved like a gentleman in his talks with us.

‘Convincing a World Cup winner to play in the second division is complicated.

‘But from a sporting perspective we are clearly a good option for him.’

The 35-year-old joined Monaco from Chelsea in 2019 and made 68 appearances across all competitions for the French side – contributing four goals and nine assists during his three-year stint at the Stade Louis II.

Fabregas struggled for fitness during his final year in the principality and made just six appearances in all competitions for Philippe Clement’s side.

Yet there is little doubting the midfielder’s ability. Fabregas lifted the 2010 World Cup, as well as the 2008 and 2012 European Championship titles with Spain. 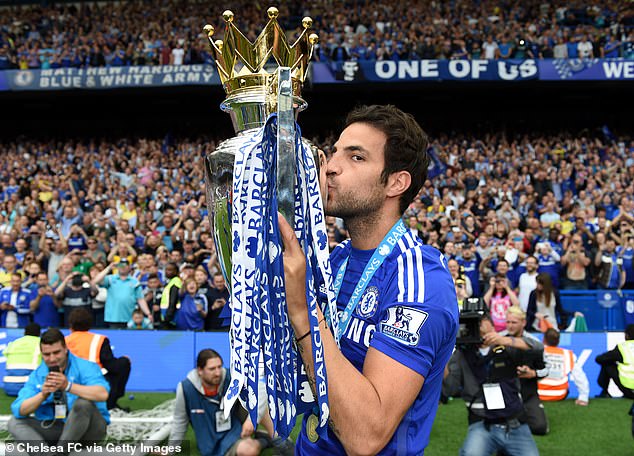 Fabregas has won a host of honours, including the Premier League with Chelsea back in 2017

There will be no shortage of potential suitors for the midfielder, however Ramirez is hoping that he holds an ace up his sleeve when it comes to negotiations.

He added: ‘Our coaching staff are the same people who developed Cesc in Barcelona’s youth ranks.

‘But we have a competitor for him in another league, and they offer him different conditions. We expect to hear from him in the next 48 hours.’

The Gran Canaria club will hope that they can entice Fabregas into moving a mere 800 miles south of the Spanish mainland for the swansong of his career.