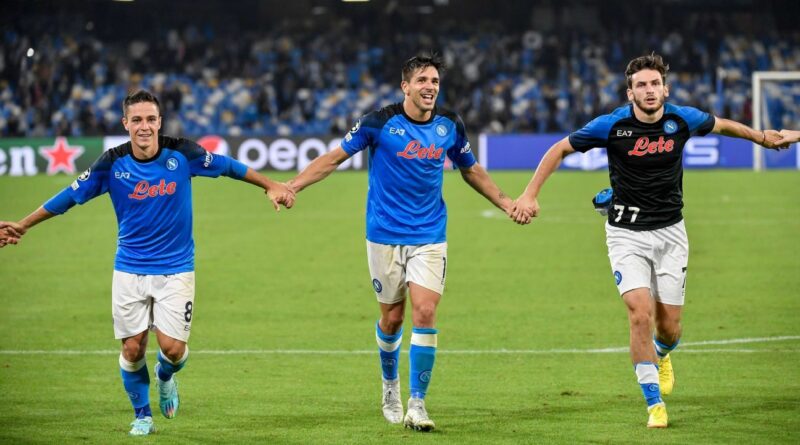 The Champions League is a competition that defines careers. A few good performances on the biggest club stage in Europe can enhance a player’s reputation, get them a new contract, or even attract a host of scouts from opposing teams.

Over the years we have been blessed to see the likes of Lionel Messi, Cristiano Ronaldo and Kylian Mbappe blossom. But every new season in the Champions League brings new players who are able to increase their levels of performance. Last year we looked at a number of stars, including Lisandro Martinez, Antony, Christopher Nkunku and Darwin Nunez before they truly made it big.

So here are 11 players who have made the step up to shine this season. Some of them are already well established at their clubs, but their contributions in Europe have taken them to another level.

The Porto No. 1 has developed at such a rate over the past 18 months that he can rightfully be mentioned among the top goalkeepers in the world, let alone merely in the most prestigious European competition. Though having attracted most attention for his penalty saves — three in a row in the Champions League — Costa is also a remarkably mature, commanding and complete goalkeeper. An imposing shot stopper who has kept out an impressive 76% of shots and caught 10% of crosses this season, he’s confident with his feet too, which has led to links with Manchester United.

With the comfort of being covered defensively in Ruben Amorim’s 3-4-3 system, Porro offers a constant outlet down the right touchline. The ex-Manchester City wing-back was particularly impressive against Eintracht Frankfurt in the first round of games and has continued to provide balanced performances as the competition has progressed. Thanks to smart positioning and reading the flow of the game, Porro — also a fine crosser of the ball — is often well positioned to make passing combinations in the last third and his dribbling in advanced areas can lead to goal-scoring opportunities.

Having been catapulted into the first team by Roger Schmidt at the end of August, the Portugal under-19 international has kept his starting spot in the undefeated Benfica side with his confidence growing by the week. Lining up next to the slightly more adventurous Nicolas Otamendi, the 19-year-old has looked assured and composed; proving safe in possession (more than three progressive passes per 90 minutes), rarely being caught out of position or easily beaten in one-vs.-ones. Silva even chipped in with a headed goal in the 4-3 home win against Juventus last month and is reportedly on the radar of Real Madrid.

Long considered one of the elite defensive prospects of European football, the Serbia defender — a €7m summer signing from AS Monaco — has stepped up to show why he’s rated so highly. Despite Salzburg suffering a heavy defeat at the hands of AC Milan in the last round of games, the powerful centre-back still made a solid impression overall. Left-footed, extremely dominant in the air and with a never-say-die attitude to defending, Pavlovic is efficient in an old-school, no-nonsense manner. For what he may lack in quality on the ball and mobility, he goes a long way to make up for in determination and willingness to put his body on the line.

While Leverkusen may not have enjoyed the best of starts to the Bundesliga season, the 20-year-old Ecuador international has been among their most reliable performers in the Champions League. Whether playing as a centre-back or a left-back/wing-back, Hincapie has taken his exhilarating style to the highest level of European football. The press-resistant young defender combines high-speed running with the ball, aerial strength and quick footwork — wrapped up in an all-action package — like few others.

As much as the Austrian may not rank among the most aesthetically pleasing footballers on the continent, Seiwald tends to stay loyal to his role — wherever he might be asked to play — and performs his duties with the utmost diligence. Flanked by more creative, technically gifted operators, Seiwald’s intense pressing, ball-winning and tackling (more than three tackles per game) make him fundamental to the functioning of the side. His opening goal against Dinamo Zagreb — a fine strike from just inside the box — came as a result of his trademark off-the-ball running.

Though a lot was expected from the summer recruit from River Plate, the Argentina international has already exceeded expectations during his first months in Portuguese football. In fact, his quality distribution, geometrical football brain and willingness to get on the ball — he clocked 75+ touches per 90 minutes against both Juventus and Maccabi Haifa — have made him essential to one of the current juggernauts in European football in record time. In addition to these highlighted attacking qualities, Fernandez is also committed to his defensive responsibilities.

Club Brugge surprisingly advanced to the round of 16 from a challenging group and the young Nigerian emerged as one of their absolute stand-outs, with his displays against Atletico Madrid putting him firmly on the map. Physically imposing, hard to dispossess and exceptionally clear in the interpretation of his role, Onyedika exudes authority and purpose in midfield. From shielding the centre-backs to tracking runs and winning 50-50 challenges, the 21-year-old is as effective as he’s a pleasure to watch. However, there’s more to him than just the defensive game. He carries the ball well and has the vision (and quality on the ball) to pick out attacking runs with passes from deep.

The Georgia international’s form for the Serie A table toppers has been a major talking point this season and has also paid dividends in the Champions League. Ajax in particular were on the receiving end of Kvaratskhelia’s relentless drive for end product (two goals and as many assists over the two games), while he recorded eight attempts against Rangers — not to mention a formidable performance at home against Liverpool (4-1.) Equipped with trickery, unpredictability and the ability to turn his markers inside out, the right-footed winger on the left of the Napoli attack has proved to be a menace in his debut Champions League season.

One of the form players of the competition, the Ukraine international made a clear statement with two fine performances over the two games against Real Madrid and recently stunned the Celtic Park crowd with a magnificent individual goal. The right-footed winger — who thrives when the space opens up and also plays predominantly on the left side — is one of the most entertaining attackers in the competition, completing more than two dribbles per game. His low point of gravity paired with his ability to improvise when seemingly running out of options make him equally hard to read and fun to watch.

The summer loan arrival from Sassuolo made an early impression in the Champions League in the absence of Napoli’s star striker, Victor Osimhen. An active, movement-based forward, Raspadori sports a fine blend of speed, practical technique and explosive power despite being only 5-foot-8. Also more than useful when dropping deep or cutting in from wider areas, the Italy forward enjoys quick, clever combinations and exchanges. He is also a fine finisher, with his opener in the 6-1 away thrashing of Ajax one of the finest goals of this year’s competition. A resourceful, mobile forward who rarely fails to make an impact on the game. 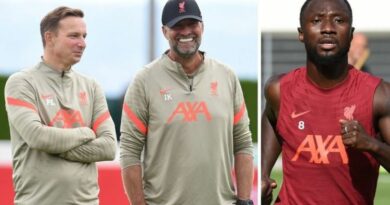