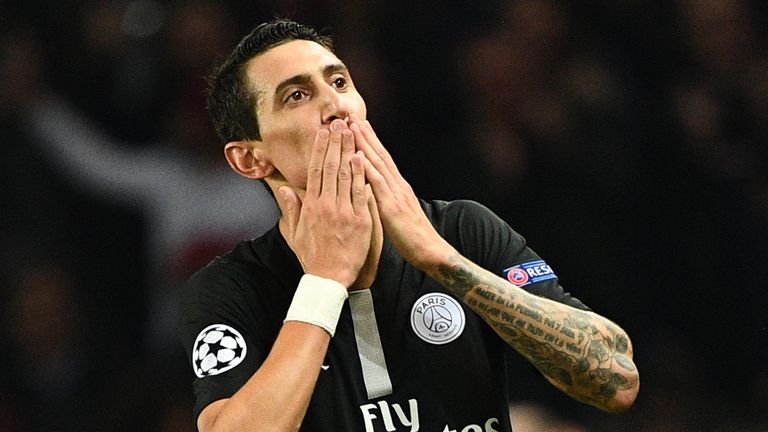 Lorenzo Insigne and Dries Mertens had twice given Napoli the lead and the Italians seemed on course to build on their victory over Liverpool earlier this month.

But PSG, who had equalised through Mario Rui’s own goal, were given hope of making the last-16 when Di Maria dispatched a brilliant 20-yard curler in the third minute of added time.

Moussa Sylla put Monaco ahead in the 31st minute to become the second-youngest player to score for them in the competition after Kylian Mbappe. But Wesley Moraes equalised eight minutes later to give the Belgians a point.

Monaco and Club Brugge are playing catch-up in Group A and Borussia Dortmund took control of the section with a 4-0 thumping of Atletico Madrid. 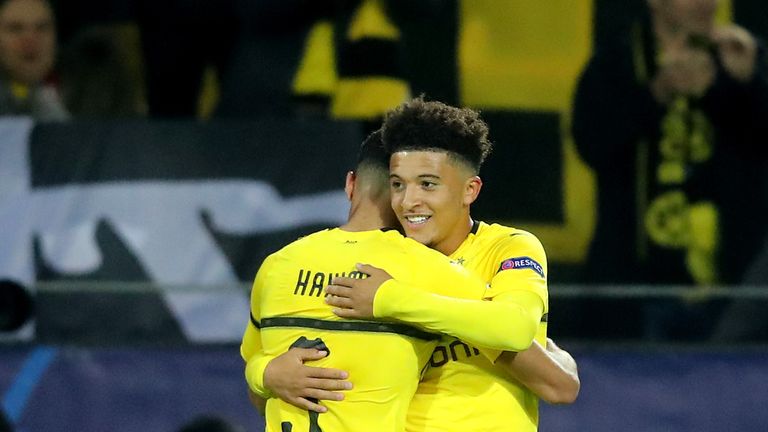 England new boy Jadon Sancho was among the scorers, with Raphael Guerreiro (two) and Axel Witsel also on target as the German side maintained their 100 per cent record.

Hugo Lloris was sent off as Tottenham‘s hopes of making the knockout stages were dealt a huge blow in a 2-2 draw at PSV Eindhoven.

Barcelona lead the way in Group B after beating Inter Milan 2-0 at the Camp Nou.

In Group D, Porto won 3-1 at 10-man Lokomotiv Moscow to open a two-point lead over Schalke.

Moussa Marega, Hector Herrera and Jesus Manuel Corona scored for Porto while Lokomotiv – who had Solomon Kvirkvelia sent off late on – replied through Anton Miranchuk.

Galatasaray and Schalke fought out a goalless draw in Istanbul.

How Man Utd would line up if Cristiano Ronaldo, Angel Di Maria and Gerard Pique stayed

Newcastle game vs Aston Villa postponed due to Covid-19 outbreak

Newcastle vs Aston Villa postponed due to Covid-19 outbreak

Lowe: Miami’s stunning new ‘Vice’ jerseys take a unique look even further
We and our partners use cookies on this site to improve our service, perform analytics, personalize advertising, measure advertising performance, and remember website preferences.Ok