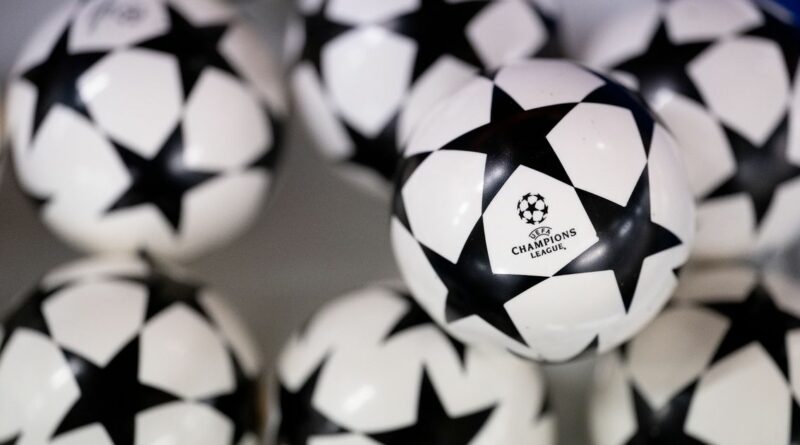 The draw for the 2022/23 Champions League knockout stages has been made with all four Premier League sides discovering their fate.

In the pick of the ties, Liverpool are facing holders Real Madrid in a repeat of last season's final while PSG have been drawn against Bayern Munich.

As for the other English sides, Chelsea will play Dortmund, Tottenham face AC Milan and Manchester City are taking on RB Leipzig.

The draw sees Liverpool face Real Madrid for the third successive year in the Champions League, having faced them in last season's final as well as the 2021 quarter-final. Chelsea meanwhile are up against Dortmund for the very first time in the competition, with the likes of Pierre-Emerick Aubameyang, Christian Pulisic and Thorgan Hazard returning to their former stomping grounds.

Like Liverpool, Pep Guardiola's City faced their round of 16 opponents last season too having been paired with Leipzig in the group stage, triumphing 6-3 at home before losing 2-1 in the away fixture, while Tottenham's clash with AC Milan is a direct repeat of their encounter in the 2010/11 campaign.

Completing the draw, Club Brugge are facing Benfica, Frankfurt are up against Napoli and Inter Milan have been drawn against Porto. Check out the full draw below.

How many English teams do you expect to see in the quarter-finals? Let us know in the comments section below. The first legs of the last 16 ties will take place in February, with two games each on the 14th and 15th, and then again the following week on the 21th and 22th. The second legs will be held in March, with games on the 7th, 8th, 14th and 15th.

European leagues commit to June 30 finishes, according to UEFA statement

Ferguson ‘encouraged Barcelona to sign Ronaldo’ ahead of Real Madrid