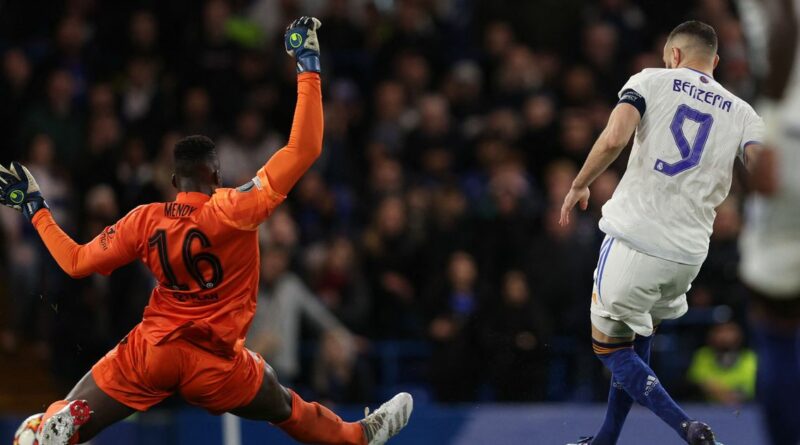 When Karim Benzema rounded off his hat-trick against Chelsea in the Champions League, Edouard Mendy could only stand and look at his mistake.

Thanks to Mendy's wayward pass, the defending European champions now have a mountain to climb at the Bernabeu. But Mendy's mistake isn't the only time fingers have been pointed at the keeper in Europe's premier competition.

There was Loris Karius' infamous performance in the 2018 final at the Olympiyskiy in Kyiv and the start of Joe Hart's fall from the top with his performance against Bayern Munich. Daily Star Sport is looking at six of the worst keeping performances the Champions League has seen.

To be fair to Mendy, there was absolutely nothing he could have done about Karim Benzema's first two goals: two headers worthy of praise in their own right. But after Kai Havertz pulled one back for the Champions of Europe, Mendy under-hit his pass into the path of the Frenchman.

Benzema, who has been in red-hot form this season, didn't need a second invitation to claim his second hat-trick in as many Champions League fixtures.

What's the worst goalkeeping mistake you've ever seen? Let us know in the comments section

It's been a rollercoaster 12 months for Gianluigi Donnarumma – He was on top of Europe last summer after a mega-money move to PSG. But the Italian giant now won't be present in Qatar, and his mistake opened the door for an unlikely Real Madrid comeback.

Donnarumma spent a second too long on the ball inside his own box, allowing Benzema to poke the ball in the direction of Vinicius Jr, who squared the ball to the Frenchman to finish. Benzema bagged a further two goals to unceremoniously dump PSG out of Europe's top competition.

Poor Loris Karius, it's been almost four years since that infamous night in Kyiv, and his career has never really recovered.

Karius suffered not one but two spectacular howlers on the biggest stage of them all as Madrid and Benzema – yes, him again – claimed the Champions League trophy. The German was booed off the field and promptly departed Anfield on loan.

However, Karius has never managed to shake the 2018 final – at least he can make the switch to a modelling career with his long locks and Instagram page.

Sven Ulreich described the moment as a 'mini blackout'.

With Bayern Munich and Real Madrid's Champions League semi-final finely balanced, Ulreich went to pick up a back-pass from Corentin Tolisso. However, realising he could not pick the ball up, Ulreich sliced his clearance straight to the feet of, you guessed it, Karim Benzema.

“We really wanted to reach the final, we gave it our best and then I made the unnecessary error. I can't explain it. I'm sorry… to my team and to our fans," he said after the game.

For a brief period of time, Joe Hart was one of Manchester City's best players.

City sunk to a 3-1 defeat with the Englishman at fault for Frank Ribery's opener and Arjen Robben's strike.

Hakan Arikan didn't really make a headline-grabbing mistake for Besiktas when lining up against Liverpool in 2008, he just conceded eight.

Besiktas had beaten the Reds on Merseyside 2-1 a couple of weeks earlier, but as a result of the mauling in Istanbul, Arikan was dropped. To add insult to injury his replacement, Rustu Recber, also took his spot in the Turkish national side.

Arikan continued to struggle against Rafa Benitez, shipping 13 goals in 3 games when facing the Spaniard. 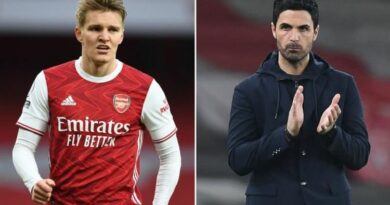