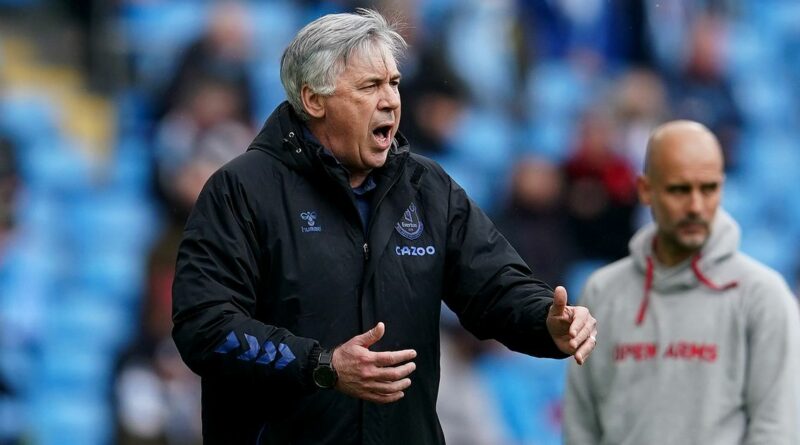 Nuno Espirito Santo and David Moyes currently head up the Toffees' shortlist to replace the Italian who quit to return to Real Madrid.

Eddie Howe is another contender for the job while Burnley boss Sean Dyche could be a potential candidate, although no moves have been made yet on any target.

The Toffees must act quickly after their pre-season plans were thrown into chaos by the surprise departure of Ancelotti after just 18 months in charge.

The 61-year-old boss arrived in December 2019 and penned a four-and-a-half year contract with ambitions to lead the club into the Champions League.

But he has been persuaded to return to Real by president Florentino Perez just two weeks after claiming rumours around him going back to Spain were not true.

Ancelotti said: “I have complete respect for everyone associated with Everton and hope they can achieve the exciting opportunities they have in front of them.

“While I have enjoyed being at Everton I have been presented with an unexpected opportunity which I believe is the right move for me and my family at this time.”

Ancelotti was sacked by Real in 2015 despite winning the Champions League in his two-year spell in charge.

Everton owner Farhad Moshiri and director of football Marcel Brands tried to convince Ancelotti to stay on Tuesday but they could not change his mind.

Ancelotti leaves the club having finished 10th in his first full campaign in charge with his final game a 5-0 defeat by Manchester City.

Nuno left Wolves but Crystal Palace are keen on the Portuguese boss, who is also interested in returning to his homeland.

West Ham want to keep Moyes and have offered the Scot a new deal as a reward for leading them to sixth in the Premier League this term.

But he was considered before Ancelotti became available back in December 2019 and is likely to be on the shortlist again.

Howe is another who was in the frame before the Italian got the nod to replace Marco Silva but his stock has since fallen and a move to Celtic fell through at the weekend.