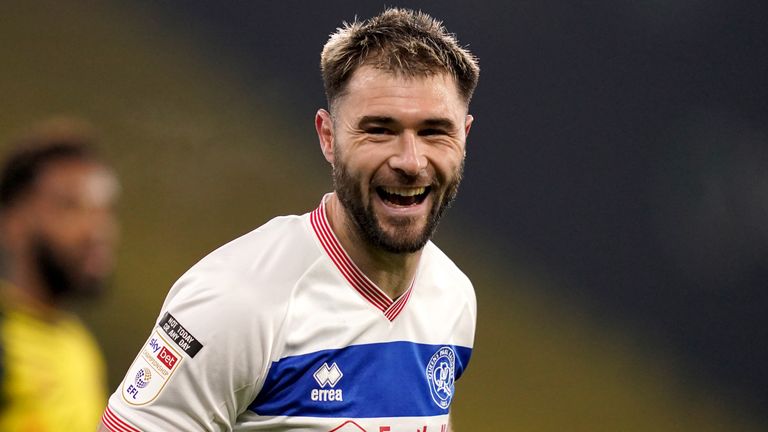 Charlie Austin has signed a two-year deal with QPR after spending the second half of the 2020/21 campaign with the Sky Bet Championship club.

The 31-year-old striker initially played for QPR from 2013 until 2016 before joining Southampton and then West Brom in 2019.

He helped West Brom secure a return to the Premier League but then re-joined QPR on loan back in January.

Austin’s eight goals in 19 starts helped move QPR up from 19th to secure a ninth-place finish in the Championship table.

“I am really pleased to get it done and to be able to continue my journey here,” he said.

“With the way we finished the season – and how I feel about the club hasn’t changed – I wanted to be part of it and as soon as the opportunity was available, I wanted to get this done as soon as possible.”

So pleased to finally get this deal done. It’s something that I’ve wanted to happen since arriving back at the club! @QPR mean so much to me and my family and I can’t wait to play in front of the home fans again! 💙🤍 pic.twitter.com/WrKMq4nfwj

QPR boss Mark Warburton claimed Austin had other options but is delighted to have the player back on board after his impact towards the end of the recent campaign.

Warburton said: “He has a really strong affiliation with the club and a great relationship with the fans, so to get this one over the line is fantastic.

“Everyone saw the impact he had during his loan spell, both on and off the pitch.

“Charlie brings real enthusiasm to every training session. He has played at the highest level and he knows the standards that are required if you are to be successful.

“He demands off everyone – he will very quickly let people know if their standards aren’t where they should be.

“Charlie obviously had other options so for us to get him says a lot about Charlie, as well as the direction we are looking to move in.

“Not only does this signing help with future targets, it also helps with current players we have at the football club – it shows we have ambition. I am absolutely delighted to have him on board.”