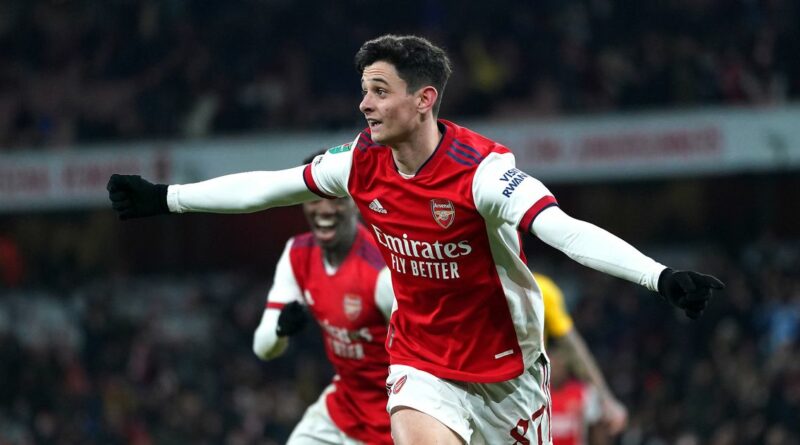 Charlie Patino performed exceptionally in his Arsenal debut but the 18-year-old’s performance in front of Mikel Arteta’s side was even better.

The silky teenager only needed ten minutes to open his goalscoring account for the north Londoners.

Gunners’ fans, dazzled by his rather impressive Youtube compilations, watched the star take centre stage in their 5-1 victory against Sunderland in the semi-finals.

Patino slotted in Arsenal’s fifth goal of the evening against the League One side, arriving late into the box to slide home a first-time effort from eight yards.

But that was not even his best performance in the famous red and white of the Gunners, as he serenaded his team mates during his Arsenal initiation. Stood almost ominously on a chair, the 18-year-old showed great dexterity to, not only remain balanced on the chair, but belt out Bruno Mars’ Uptown Funk in front of Arteta’s smiling side.

Composure, confidence, and a fear of looking silly was in abundance during Patino’s rendition.

Some of the greatest players in football history have been able to spur on a crowd and generate an electric atmosphere, and that’s just what Patino did.

HAVE YOUR SAY! Is Charlie Patino ready for regular Premier League appearances with Arsenal? Comment below

Patino’s fellow academy star and Arsenal starter Bukayo Saka ensured the youngster was not on his own, by adding in his own background lyrics from the Arsenal dinner table.

While Patino’s singing will not be sparking the interest of Simon Cowell any time soon, he has captured the attention of Arteta and the Gunners’ fan-base.

The 18-year-old is one of the brightest prospects to come out of Premier League 2, dropping jaws with his commanding and mature displays from midfield.

His technical prowess is almost unquestionable, and his ability to set the tempo and dominate matches from the centre of midfield is garnering plenty of attention.

“Charlie is with us more and more in training sessions. (The League Cup quarter-final against Sunderland) was his first competitive match, which was a beautiful day for him and everybody involved in the club,” Arteta said just before Christmas.

“We'll go slowly from there. If we need him, we will use him if the numbers are quiet but we have to throw him in there when we believe he's ready.

“He's making the right steps and we're really happy with where we are.” 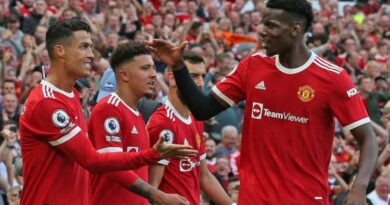