Manchester United’s Ander Herrera and Paul Pogba struck first-half goals to claim a 2-0 win that dumped FA Cup holders Chelsea out of the competition and secured a place in the quarter-finals.

It was a measure of revenge for United, resurgent under interim coach Ole Gunnar Solskjaer, who lost to Chelsea in last May’s Wembley final under their former boss Jose Mourinho.

Chelsea’s fragile defence was split with crosses from either flank. Paul Pogba supplied the first in the 31st minute after a fast move down the left and Herrera ghosted into the box to nod the ball down past stranded Kepa Arrizabalaga.

Chelsea’s hopes were crushed just before half-time in a counter down the right, with Rashford crossing for Pogba to head powerfully home between defenders Cesar Azpilicueta and Antonio Rudiger. 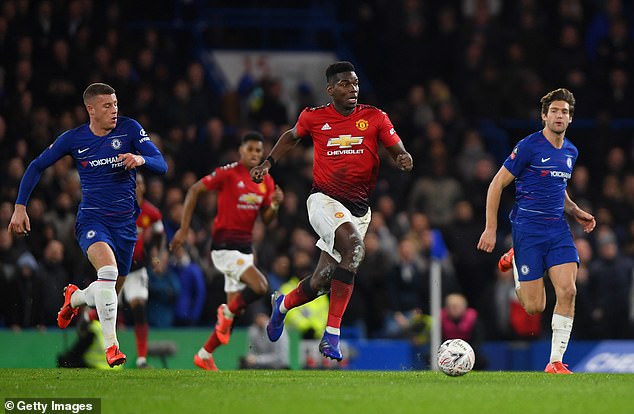 Scored one goal and made the other, Paul Pogba produced a stirring throwback performance

Kepa Arrizabalaga – Left awfully exposed for United’s opener but should have done better for their second 5.5

Cesar Azpilicueta – Pogba careered into him like a steam train for United’s second. Looked a shadow of his usual solid self. 5.5

Antonio Rudiger – Tried to keep things controlled at the back, but he couldn’t stem the United tide. Booked. 6

David Luiz – Oozed class one minute, looked lost at sea the next. A snapshot of his career. 5.5 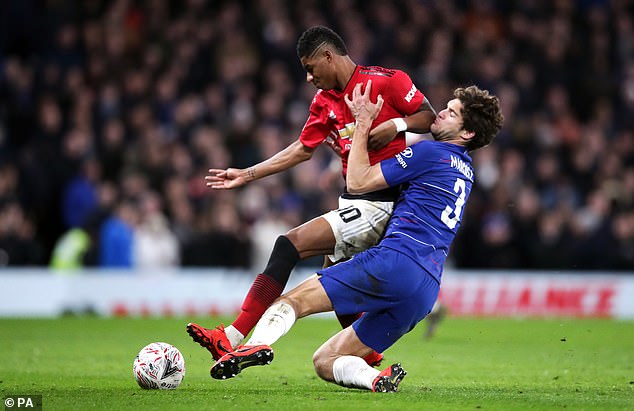 Marcos Alonso – Has been criticised in recent weeks and lost Herrera in the lead up to United’s opener. 5.5

N’Golo Kante – Wasted in this more advanced midfield role. But when will Sarri see the error in his ways? 6.5

Jorginho – Looks short of confidence. He’s one of Sarri’s favourites – but how long can the Italian persist? 5.5

Mateo Kovacic – Saw plenty of the football but did very little with it. Played within himself. 6

Pedro – Flitted in and out of the game before being hooked early in second half. 5 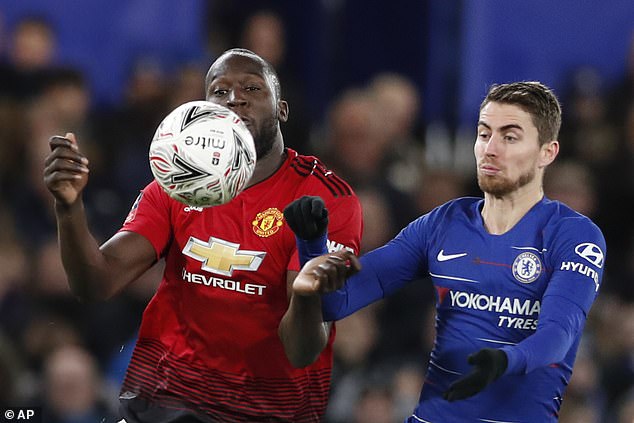 Eden Hazard – Tried to make things happen for Chelsea, but this wasn’t the Belgian’s most potent display. 6

Gonzalo Higuain – Missed with a free header, but lacked the sort of service the Argentine thrives on. 5.5

Sergio Romero – Double save early on proved pivotal as United went on to romp home. 6.5

Ashley Young – A typically combative display from the veteran. Lead by example at the back. Booked. 7

Chris Smalling – Missed with an early header but stood firm. Perhaps lucky not to concede a penalty in grappling with Rudiger. 6.5

Victor Lindelof – Brilliant block to deny Hazard in the second half. Another robust display from the improving Swede. 7 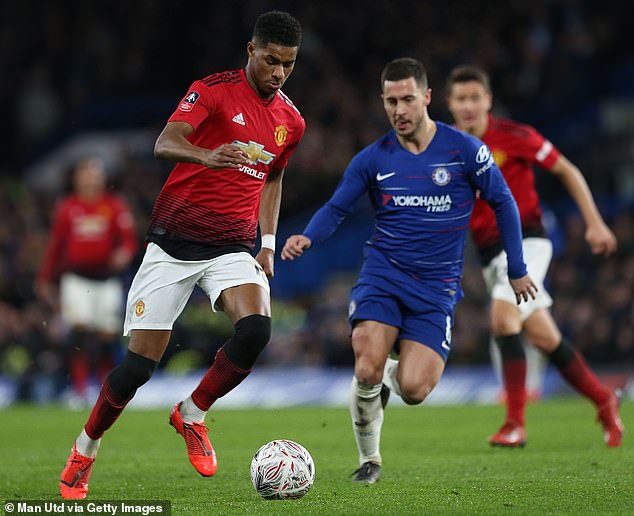 Luke Shaw – Diligent at the back and offered poise in attack. Slowly but surely fulfilling his potential. 7

Ander Herrera – Set the ball rolling with his free header. Kept things ticking along as United controlled the midfield. 7.5

Paul Pogba – Scored one, made one. The REAL Paul Pogba has finally arrived. 8

Juan Mata – Not his most spectacular display, but the way he kept the ball provided United’s platform in attack. 6.5 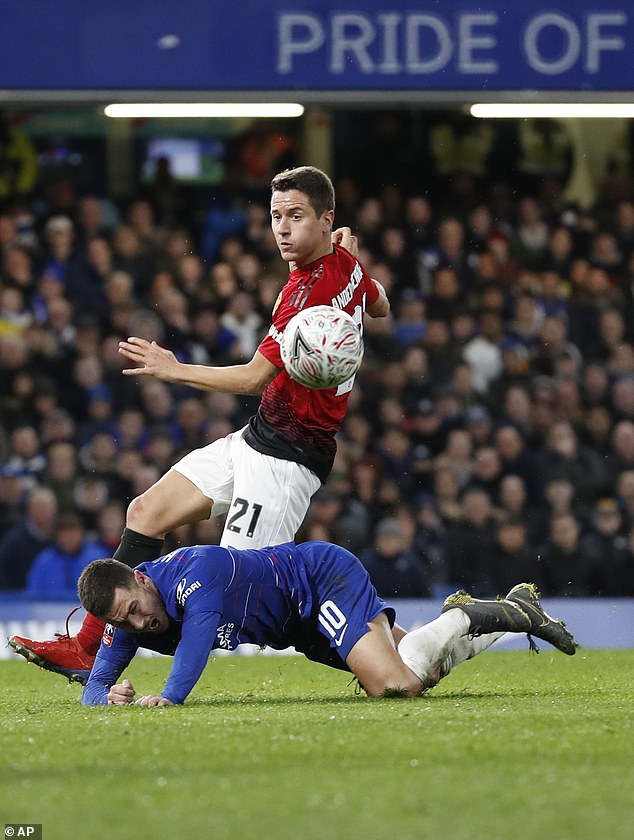 Marcus Rashford – A constant threat. His delivery for Pogba’s goal was sumptuous. 7.5

Manager: Ole Gunnar Solskjaer – A brilliant response from his team after defeat to PSG. Seems to have the magic touch. 8

Referee – Kevin Friend: Kept a lid on proceedings when they threaten to boil over. 6.5