The 26-year-old striker has had his doubters this season but after converting on the half-volley in the first half, he produced a sweet low-drive in the second to regain the lead after Palace’s equaliser.

Sportsmail collates some of the things that you might have missed from the Stamford Bridge clash. 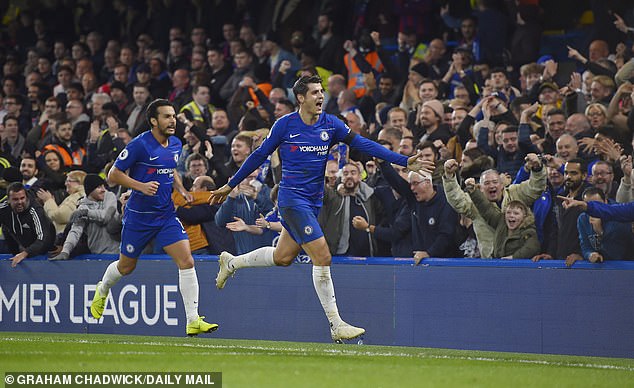 Morata vs Lukaku vs Firmino

Strikers often steal the headlines after a match. They may have scored the winning goal or missed the decisive chance.

Morata has accumulated plenty of criticism since moving to England but having netted a brace against Palace, he was now boasting four goals in his last four games. For context, he had two from his previous 20 before this recent run.

Given the stinging criticism from rival fans, Chelsea supporters were quick to point out that Morata now has more goals than Liverpool’s Roberto Firmino and Manchester United’s Romelu Lukaku.

‘Alvaro Morata, he scores when he wants,’ chanted those inside Stamford Bridge. Not sure what was going on before but he really wants the goals right now.

“Disastrous” Morata with 6 goals in the PL, outscoring Lacazette, Firmino and Lukaku?? I prefer not to speak.

It was a day for landmark performances at Stamford Bridge for Marcos Alonso, Wayne Hennessey and Patrick van Aanholt.

The Crystal Palace pair ultimately had little to cheer but for Alonso he could celebrate his 100th appearance in the Premier League with three points and an assist to his name.

Alonso has developed immensely since joining Chelsea in 2016 having previously struggled to make an impact at both Sunderland and Bolton Wanderers.

Now one of the best defenders in the league, Alonso is 100 appearances not out with many more to come. 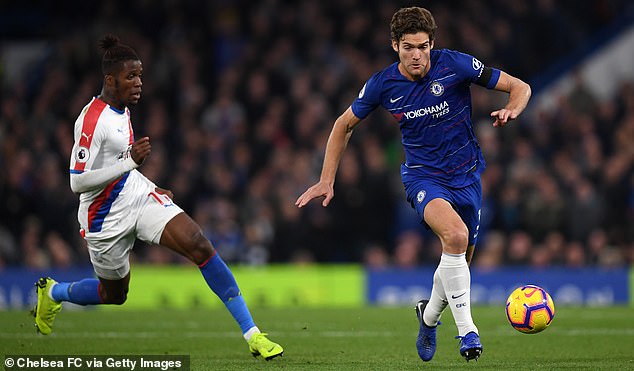 Ranieri takes his seat in the stands

Having been in the stands in Cardiff on Saturday to see his old side Leicester City produce a tribute victory for their late owner Vichai Srivaddhanaprabha, the Italian saw another of his former sides excel on Sunday.

The Italian managed Chelsea between 2000 and 2004 and the club still hold a special place in his heart.

Now under a different Italian in Maurizio Sarri, Ranieri will have do doubt been impressed with the ‘Sarri-ball’ performance that proved too good for Palace. 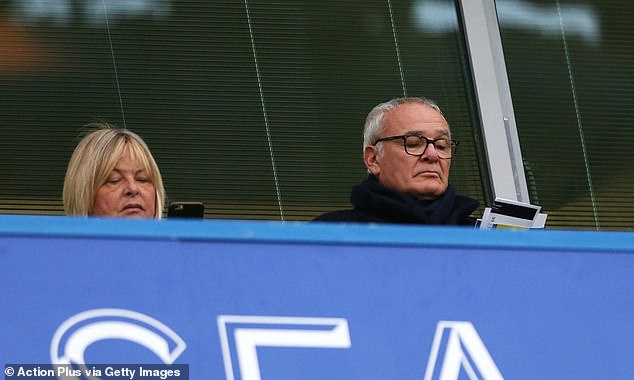 Antonio Rudiger will not want to see Wilfried Zaha in a hurry.

The German defender was left with his legs tangled when Zaha got him one-on-one down the left-hand side. The Ivorian winger then proceeded to further show off his skill-set by producing a successful ‘flip flap’.

The skill involves flicking the ball with the outside and then the inside of your boot to confuse your marker and set you free. Zaha left Rudiger with ease but his cross ultimately came to nothing. 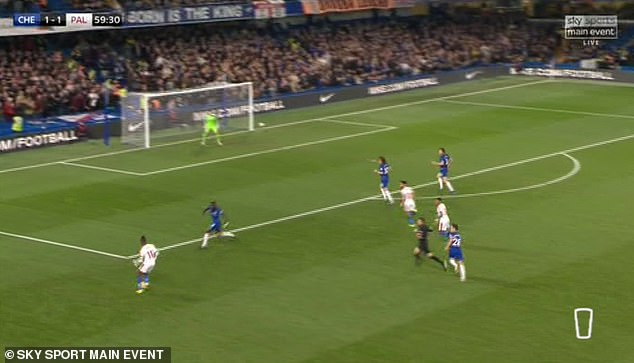 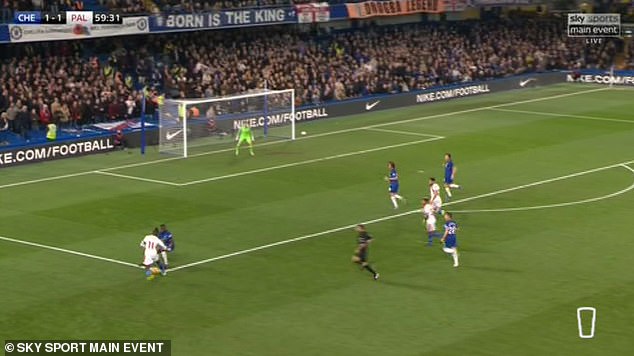 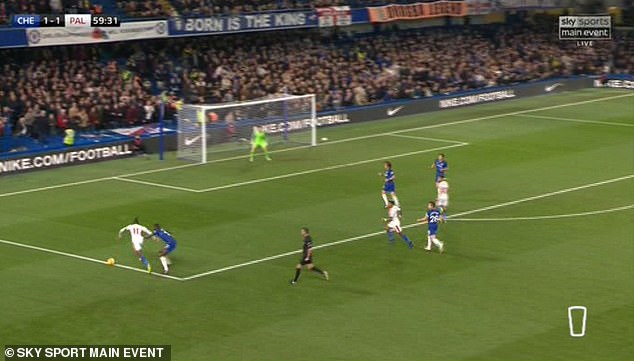 Townsend finally hits the back of the net

For Andros Townsend, the goal he scored to make it 1-1 meant more than many could have initially imagined.

He burst clear of marker David Luiz before slotting past goalkeeper Kepa Arrizabalaga, ending a run of 31 shots without a goal.

That was the longest run of any player but now the barren run is over, boss Roy Hodgson will hope the winger can quickly find himself back among the goals.

After his previous goal he had 31 attempts without scoring – more than any other player that failed to score during that period. pic.twitter.com/RUE6dtQTKm

Hazard’s magic from the bench

He had been on the pitch no longer than a minute when he was fouled for the free-kick that led to Chelsea’s second goal.

Eden Hazard was kept on the bench to start as he continues to recover from a back injury but with the game in the balance at 1-1, his boss turned to him in need of some magic.

Hazard dusted himself off after the foul, whipped the ball from the right and Morata did well to fire into the corner. Brilliance from the Belgian is something most supporters are beginning to expect.

3 – Eden Hazard is only the third player to assist a goal in three consecutive substitute appearances in the Premier League, after Tomasz Radzinski for Everton in March 2004, and Arjen Robben for Chelsea in April 2005. Magic. pic.twitter.com/XXRsafmD0K