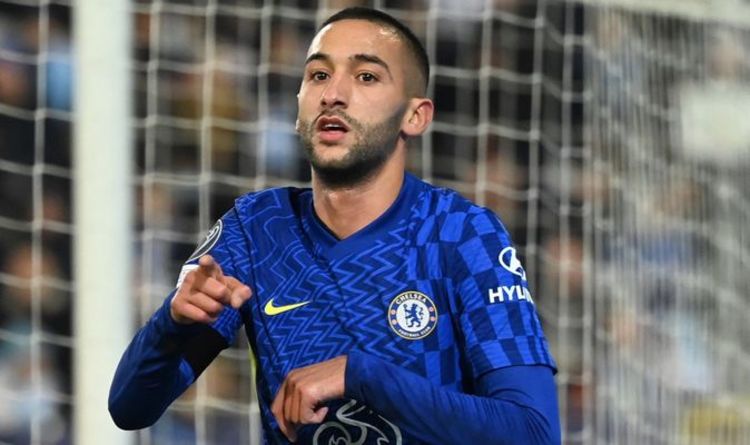 Chelsea star Hakim Ziyech has reportedly made a decision about his future. The midfielder has struggled for form and game time this season and is wanted by Bourssia Dortmund.

The Moroccan winger, 28, was highly regarded as one of the most coveted talents on the continent when Chelsea bought him from Ajax for just £37million last summer.

But Ziyech has failed to impress in England with just two goals in 27 Premier League games since his move to Stamford Bridge.

He appears to have fallen out of favour with Thomas Tuchel and a move away from the club is in the offing in January, according to reports.

Dortmund are the frontrunners to sign Ziyech with the German giants plotting a move in the January window.

The report by BILD claims that Dortmund are looking to bring in Ziyech as they seek January reinforcements.

Contact has supposedly taken place between Dortmund and Ziyech’s representatives, and the player is said to be keen on a move to Germany.

A loan move is the likeliest scenario because Chelsea do not want to lose Ziyech permanently.

However, Ziyech appears ready to start a new challenge, with his Chelsea career not going to plan.

With just two starts in the league all season, Ziyech does not look like forcing himself into Tuchel’s plans any time soon.

And with Christian Pulisic, Kai Havertz, Mason Mount and Callum Hudson-Odoi ahead of him in the pecking order, it’s unlikely Tuchel would stand in his way of a move.

Ziyech scored in Chelsea’s Champions League win over Malmo at the start of this month, but Tuchel admitted he still wants to see more from him.

The midfielder himself said Chelsea are yet to see the best of him after scoring the winner in Sweden.

Blues boss Tuchel revealed that a shoulder injury sustained by Ziyech is still hampering his performances, which has made it difficult for the Morrocan to force his way into his starting XI.

He said: “First of all, it’s maybe the same line again, he fought his way into the team, he was in the team at the beginning of the season because of performance.

“It was so obvious after pre-season and the matches in pre-season that he has to be on the pitch.

“To start from there he was on the pitch, then he scored and had the injury in the Super Cup game.

“From there I felt it cost him a lot because even until today I don’t feel he’s 100 per cent free in his shoulder.”