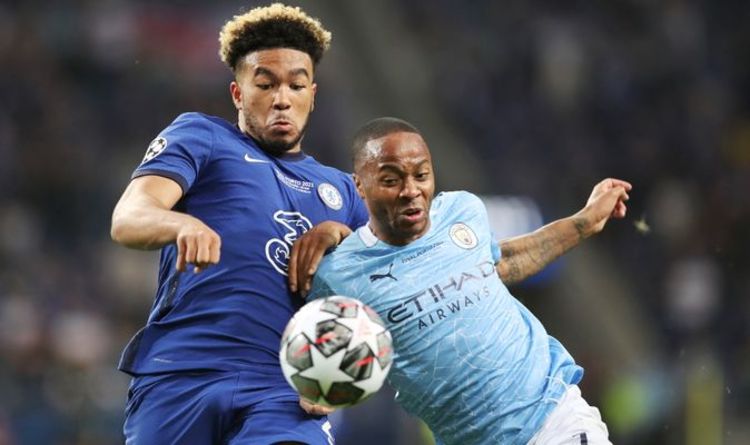 Chelsea may have won the Champions League final, but perhaps the biggest winner on the night was England boss Gareth Southgate.

Seven members of his 33-man provisional squad for this summer’s Euro 2020 tournament were in action on Saturday night in Porto, meaning the England manager was a particularly interested viewer as Chelsea and Manchester City went toe to toe in a keenly-contested final.

The main concern for Southgate would have been that none of his players sustained tournament-ending injuries, and all seven appeared to make it through the high-paced final unscathed.

But the biggest takeaway for the England boss would have been the performances of most of the England stars on display.

Arguably the two least impressive performers on the night were City defender John Stones, who perhaps didn’t look at his sharpest, and Raheem Sterling, who was heavily involved in the first half, but was well-shackled by the Blues’ back line and was eventually withdrawn.

But those two slightly sub-par displays were outweighed by five eye-catching performances that gave Southgate plenty of reasons to be cheerful ahead of this summer’s action. 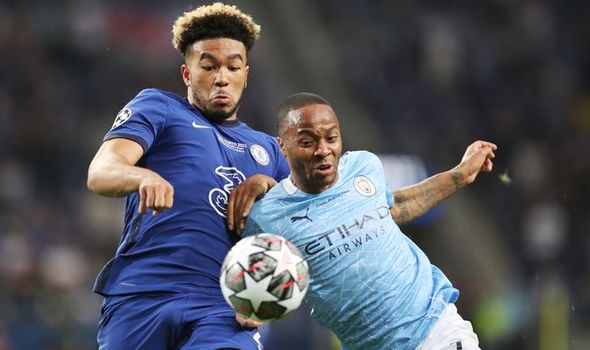 A new solution on the right?

There has been much debate over the number of right-sided defenders selected in Southgate’s provisional squad, with some suggesting that at least one or two of the right backs picked will eventually miss the cut.

Kyle Walker is likely to start for England in the summer, and he was arguably the top performer for City on the night with his recovery pace, plus his buccaneering runs forward, a highlight for Pep Guardiola’s side against Chelsea.

But perhaps the most intriguing takeaway to come from the game was the performance of Chelsea’s Reece James.

While some may feel that the Euros have come a little too early for the 21-year-old Chelsea academy product, James’ performance suggested otherwise as he nullified the pacy threat of Sterling throughout the match and barely put a foot wrong in an outstanding defensive performance.

James’ positional sense was on point while his distribution in possession was composed and accurate.

And James’ ability to operate in either of the three key defensive roles on the right of England’s defence – full-back, wing-back or on the right of a three-man back line – means he may just have given Southgate food for thought ahead of England’s preparatory friendlies against Austria and Romania next week.

While Walker is likely to be locked in at either full-back in a back four, or as a wing-back operating wide of a three-man back line, the potential for James to sit in that right-sided role in a three could well be something Southgate experiments with before the tournament.

Both Walker and James have serious pace, and could potentially dovetail nicely on the right side of England’s defence. 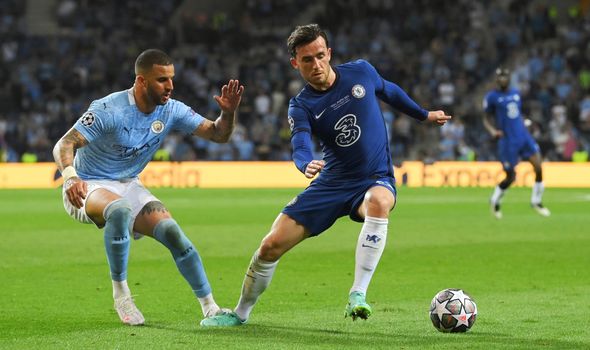 Quite often we see a new or unexpected player break into the starting XI for a major tournament, and James’ composure and overall defensive play on Saturday night may have given him a strong chance of doing just that.

While England are blessed with options galore on the right, things are a little more straightforward on the left, with the left-back role likely to be a straight fight between Chelsea’s Ben Chilwell and Manchester United’s Luke Shaw.

Shaw has been in solid form during the run-in for United, and featured during United’s unsuccessful bid to capture the UEFA Europa League earlier in the week.

But if current form is any guide, Chilwell looks like the clear top contender to start for England in the summer.

Defensively sound, Chilwell’s delivery from wide areas was a constant threat for Chelsea against City, and his ability to get forward and deliver quality into the box has been a feature of his game for years.

But now, since his switch from Leicester City to Chelsea, Chilwell has taken his game to the next level and looks every inch a top-class international full-back, or wing-back.

If Southgate had a selection dilemma over the left side of his defence, Chilwell’s performance in Saturday’s final may just have ended it. He looks a near-cert to start this summer.

Phil Foden may have been on the losing side in the Champions League final, but he was arguably City’s most dangerous threat with his constant probing runs and perpetual motion on the edge of the box meaning the Blues’ back line had to be constantly on their guard.

His work perhaps didn’t get the reward it deserved but, even with the match slipping away, Foden kept pressing, kept chasing and kept trying to make things happen.

The sting of defeat in a major final might just prove a motivating factor when he joins up with England this summer, too.

If Foden didn’t get his due on Saturday night, Chelsea’s Mason Mount certainly did.

As humble off the field as he is dangerous on it, Mount turned in a superb creative display, and produced the perfectly weighted defence-splitting pass to set up Kai Havertz for the only goal of the game. 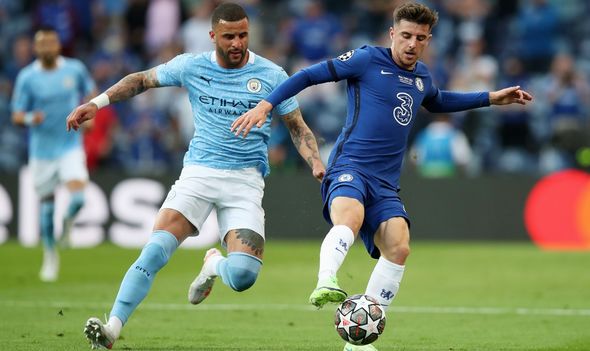 But, that pass aside, Mount was outstanding.

His defending from the front was excellent, his involvement in build-up play was superb and his movement, floating off the front line and finding space in the no-man’s-land between City’s defence and midfield, was smart.

Mount looked absolutely crushed as he stood on the Wembley turf after Chelsea were beaten by Leicester in the FA Cup final, but he bounced back brilliantly in Porto to be one of Chelsea’s most important performers of the night as the Stamford Bridge side captured the Champions League.

And, to cap off a near-perfect night for England boss Southgate, Mount was withdrawn with 10 minutes, meaning the 22-year-old avoided the possibility of picking up a late knock as City launched into challenges as they desperately chased the game.

Southgate has an embarrassment of riches in his squad, with so many talented young stars at his disposal, but the fearlessness of the likes of Mount and Foden in attack will have particularly delighted the England boss, who will be looking to see which of his group are best equipped to deliver on the big stage.

With Mount and Foden, he has no such worries.

And with a clutch of strong, pacy defenders who can be as effective going forward as they are in defence, the signs look good for Southgate as he looks to formulate a winning combination ahead of this summer’s Euros.

With the amount of young, fearless talent set to wear the Three Lions this summer, England look like real contenders. The big question now is just how far can Southgate’s young guns go? 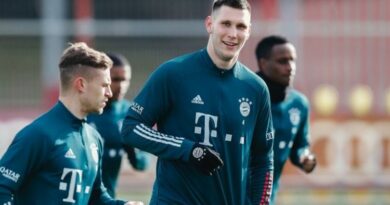