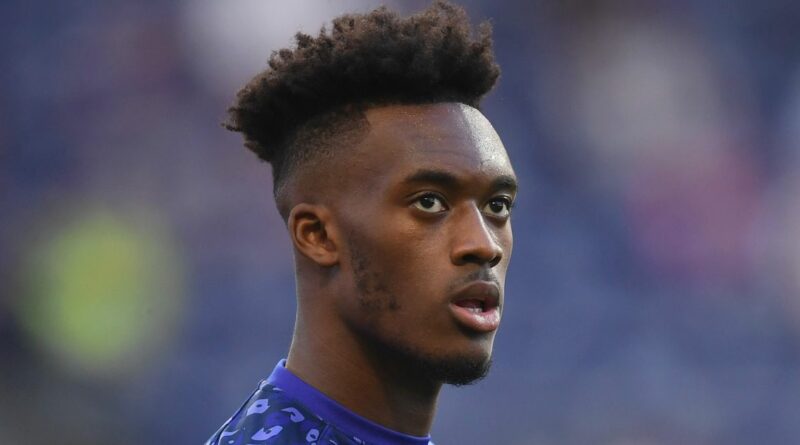 Chelsea winger Callum Hudson-Odoi is reportedly feeling upset after the club denied him a move on deadline day.

Borussia Dortmund made a late attempt to sign the 20-year-old on a season-loan loan with a reported option to buy for £70million, but the Blues blocked the transfer.

Hudson-Odoi is yet to feature for Chelsea this season and was reportedly keen to join the Bundesliga outfit – who promised to offer the player first-team football in his preferred position.

Leicester also reportedly joined the race to sign the winger but lacked the necessary funds to make the deal happen.

It is not the first time Hudson-Odoi has been blocked from leaving Chelsea to join a Bundesliga club.

Hudson-Odoi handed in a transfer request at Chelsea in January 2019 to try and force through a move to German giants Bayern, but the Blues winger was unable to leave then too.

The Chelsea academy product would have followed the likes of Jadon Sancho, Jude Bellingham, Reece Oxford and Ademola Lookman who moved to the Bundesliga to gain first-team experience at a high level.

Will Hudson-Odoi be given a chance at Chelsea this season? Let us know in the comments section.

When asked about Hudson-Odoi’s potential loan exit last week, Thomas Tuchel felt the player would stay and fight for his place at the club.

“There’s always room for improvement here in training. It’s hard to argue that he needs regular game time to improve his level. At the same time, it’s not only about letting players go. If we want to compete in all competitions, it’s also about numbers,” said Tuchel.

“You need a squad of 20 to 21 players. I have the feeling that Callum decided to fight for his place here. He had a very good pre-season. The door is always open to sneak through. At the moment, there is no loan.”

Next up for Tuchel’s Chelsea is Aston Villa at Stamford Bridge a week on Saturday following the conclusion of the international break.