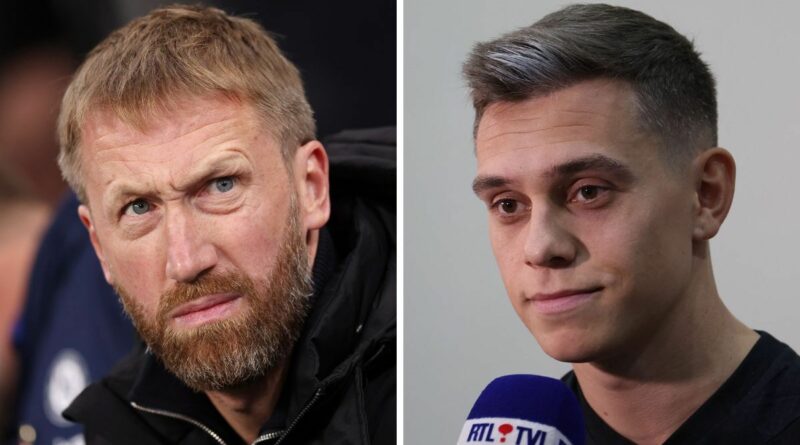 Chelsea manager Graham Potter has been widely tipped to move for the services of Brighton winger Leandro Trossard, a player he knows very well, when the transfer window reopens in January. Potter managed to sign the Belgian forward during his time in charge at the Amex Stadium back in 2019 in a deal that arguably turned out to be one of the most inspired transfers of the 47-year-old’s managerial career.

Trossard has since emerged as a hugely important cog in the machine for Brighton, scoring seven goals in the Premier League so far this season to earn a spot in the Belgium squad for the World Cup in Qatar. His impressive form is also said to have seen him emerge as a top January target for Chelsea, with Potter reportedly keen to reunite with the 27-year-old at Stamford Bridge when the transfer window reopens next year.

The Chelsea boss put in plenty of ground work to land Trossard for Brighton three years ago and will already have a good idea of the best way to poach the Seagulls winger if he decides to firm up his interest when January rolls around. His agent Jody Comhair has claimed that Trossard was previously convinced to join Potter’s ranks as a result of the latter’s intensive efforts to bring him to east Sussex ahead of Arsenal, with the former Brighton boss making several visits to Belgium in order to seal the deal.

“Graham Potter came to Brussels especially for Leandro,” said Comhair, as reported by Simon Phillips. “With an extensive PowerPoint presentation to convince him, he absolutely wanted him. There were other options. I had several conversations with Arsenal. They [Brighton] came to Belgium four times.”

It remains to be seen whether Potter will be able to repeat his previous strategy to land Trossard for a second time in January, though, with Comhair having insisted earlier this year that his client will only consider a move away from Brighton if he is certain that an opportunity that presents itself is the right one for his career.

“Leandro will not leave just to leave,” he said. If he were to consider a switch, it must be a really attractive project with guarantees on playing minutes. There is a World Cup so it is crucial for Leandro to keep rhythm.”

Trossard’s contract at Brighton is set to expire at the end of the season as things stand, which could see Chelsea succeed with a cut-price offer if he fails to agree a new deal between now and the start of the January window. However, Brighton are in no mood to let go of their prized asset and have reportedly opted to try to tempt him into signing extended terms with the offer of a significant pay rise.

The Blues are said to have taken a keen interest in how Trossard’s contract talks are unfolding on the south coast and may be inclined to pounce if there is a lack of progress by the time the bidding opens at the turn of the year. They will be hoping that Potter can work his magic once again in order to bring the Brighton forward to west London, although they are also likely to have plenty of other irons in the fire if they ultimately end up missing out.