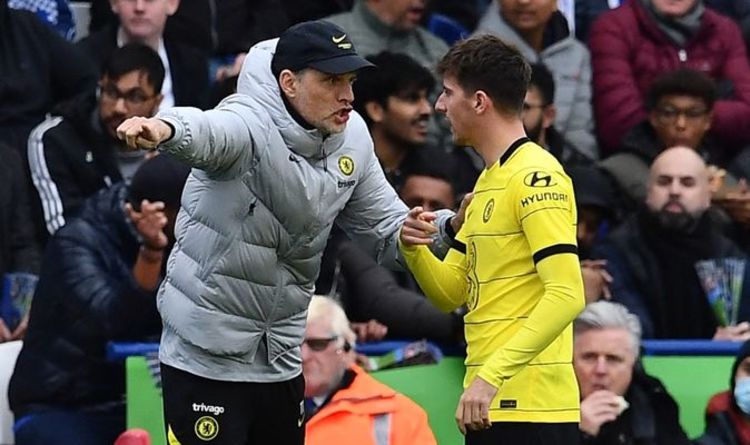 Chelsea’s convincing 3-0 win over Leicester City on Saturday meant they stayed top of the Premier League with just four goals conceded. Yet one of their defensive stars Antonio Rudiger is out of contract at the end of the season – although manager Thomas Tuchel believes there is no reason to worry at the present moment.

Having had a slow Chelsea career under Frank Lampard, with the Englishman preferring Kurt Zouma, it was unsure whether Rudiger would continue at Chelsea under Tuchel.

But the German duo have blossomed together in the ten months they have shared at Stamford Bridge, winning the Champions League and becoming the top side in the Premier League this season.

Rudiger has become one of Chelsea’s best players under Tuchel, although there is a nagging doubt over his future given that he has less than a year left on his contract.

But Tuchel has dismissed his departure, claiming the Berlin-born defender wants to stay at the club despite ‘a delay’ in Marina Granovskaia transfer talks.

“Everybody wants him to stay,” Tuchel said.

“This is pretty clear but sometimes there’s a delay in these things and there is obviously a delay.

“But I think on the same side he knows what he has and which club he plays. Fantastic club, fantastic league.

“He’s a competitor and that’s why with a bit of patience there will be a happy ending.”

Rudiger scored his second league goal of the season with the opener in the 3-0 annihilation of Leicester in Saturday’s early kick-off.

The Blues have only conceded four all season and boast the second-best attacking record in the league behind free-scoring Liverpool.

And Tuchel praised his players for the professional performance that continued their 10-game unbeaten run.

“I think we played a good game, a good away game, we have an excellent result so it’s a good mix, we created a lot of chances and half-chances, were a bit unlucky with the offside decisions, but I’m happy we created and never stopped creating and that was the key,” Tuchel said.

“We had such good ball recoveries high up the pitch, we were good in finding the spaces with the ball.

Ancelotti explains changes at Everton designed to get best from Richarlison

'We've got the fire': Michail Antonio insists players back Pellegrini