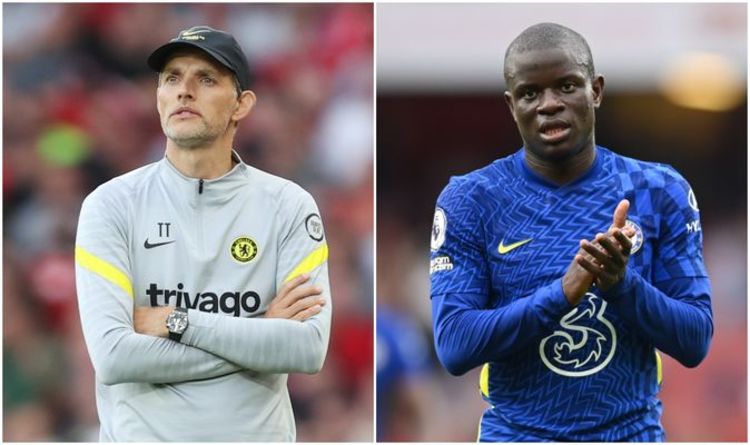 Saul Niguez: All you need to know about Spanish midfielder

Chelsea manager Thomas Tuchel has been proved right in his pursuit of a midfielder this summer, with N’Golo Kante withdrawing from the French squad on Wednesday due to a recurring ankle problem. The Blues pulled off the signing of Saul Niguez from Atletico Madrid on deadline day, although some felt as though Chelsea were already well-stocked for midfielders.

Kante went down during Chelsea’s 1-1 draw at Anfield and was subsequently taken off at half-time.

The ankle problem was a recurrence of an issue originally suffered against Villarreal in the UEFA Super Cup, although it has failed to fully heal.

Chelsea’s engine in midfield clearly thought that there might be a chance of returning to match fitness before France’s World Cup qualifiers, although that has proven a bridge too far.

Eyebrows were raised when Tuchel insisted on bringing in a midfielder this summer, with at least three top-class options already at his disposal.

JUST IN: Chelsea charged by FA over failure to control players during heated Liverpool draw

The metronomic Jorginho was only recently handed the UEFA Men’s Player of the Year award, while Kante scooped up the Midfielder of the Year accolade on the same night.

Mateo Kovacic is also seen as a more than capable deputy should he be called upon, indicating that the Blues’ money could perhaps have been spent better elsewhere.

Ruben Loftus-Cheek, Ross Barkley and Trevoh Chalobah are able to play in midfield too, but Tuchel’s transfer activity this summer suggested that he still was not satisfied.

However, after hints that they might shell out big money for Declan Rice or take a punt on youngster Aurelien Tchouameni, Chelsea eventually turned their attention towards Saul Niguez.

The Atletico Madrid midfielder is the right balance of good value, youth and experience – a player who can make a title-winning impact, but the world will keep turning if he has to warm the bench for a while.

With Kante and Jorginho fit, Saul may indeed have to serve his time on the side-lines, but the Frenchman’s injury woes at the start of this campaign are likely to present opportunities.

At 30-years-old, Kante has played an awful lot of football over the past few seasons.

Furthermore, so much of his game is built on relentless running and tireless work-rate, a play-style which is sure to eventually take a toll on his body.

The 10-day break between now and the resumption of Premier League football will give Kante time to lick his wounds, but it will also give Saul time to bed in with his new team-mates.

The Spaniard undoubtedly has the talent to stake a meaningful claim for a starting spot, which is perhaps part of the reason why Kante felt as though it was wise to withdraw from international duty.

While Kante’s injury will not be something worth celebrating for Tuchel, it will at least vindicate his transfer priorities this summer as Saul could be called into action sooner than expected.

Derby 0-1 Preston: No Christmas cheer for Rooney in injury-time defeat